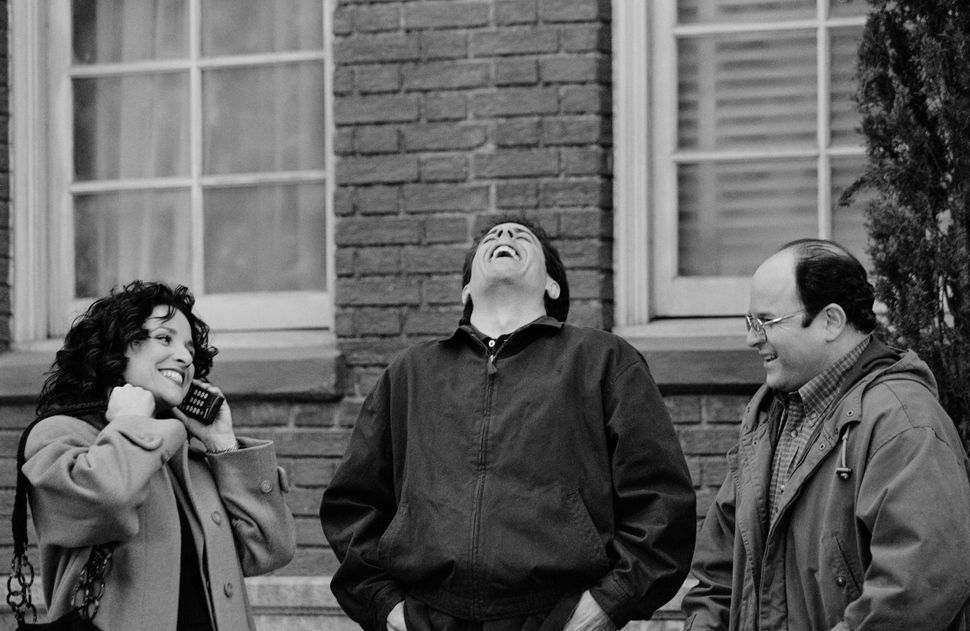 Sing, goddess, of the genius of ‎Gérard’s daughter Julia Louis-Dreyfus Brilliant, beautiful, that raven haired genius That brought down Emmy after Emmy, SAG awards dropping like rain Upon fair and foggy Washington, D.C.

Julia Louis-Dreyfus, who has more Emmy Awards for acting than there are days in the week, was rightfully honored with one of the highest prizes in her field: The Kennedy Center Mark Twain Prize for American Humor. In a night Louis-Dreyfus called “exhausting,” she was saluted by a roster of comedy greats — Keegan-Michael Key, Kumail Nanjiani, Bryan Cranston, Abbi Jacobson and Ilana Glazer, and for some reason, Jack Johnson.

Louis-Dreyfus, accepting her award, thanked them all, but saved her warmest praise for Tina Fey and Jerry Seinfeld. “You are a comedy genius whom I admire above all humans,” she said to Fey, eyes shining. “Tina was honored with the Mark Twain prize too, before they got really serious about who they give these things to,” she added.

Seinfeld, earlier in the evening, marveled that Louis-Dreyfus has had “one of the most brilliant and spectacular show business careers of all time.” Later that night, Louis-Dreyfus responded to Seinfeld with emotion, “I learned a lot from Jer over the years — principally the importance of hard work. Jerry killed himself to make Seinfeld good. He and Larry David worked so hard, it is — actually it is impossible to describe. And they didn’t just do it to make the show successful, because once it was successful, they worked even harder. And I hope a little of that rubbed off on me.”

Between performing a truly hilarious, almost unbelievable rendition of a Shakespeare monologue, Louis-Dreyfus became tearful again, talking about dealing with a breast cancer diagnosis just hours after winning an Emmy award. “Laughter is a basic human need along with love and food and an HBO subscription,” she said, smiling through tears. “The fact that I’ve had an opportunity to make people laugh for a living is one of the many blessings I’ve received in my life.”

Which is funny because Julia Louis-Dreyfus is one of the many blessings we’ve received in our lives.

Mazal tov, Julia! We give thanks for you!