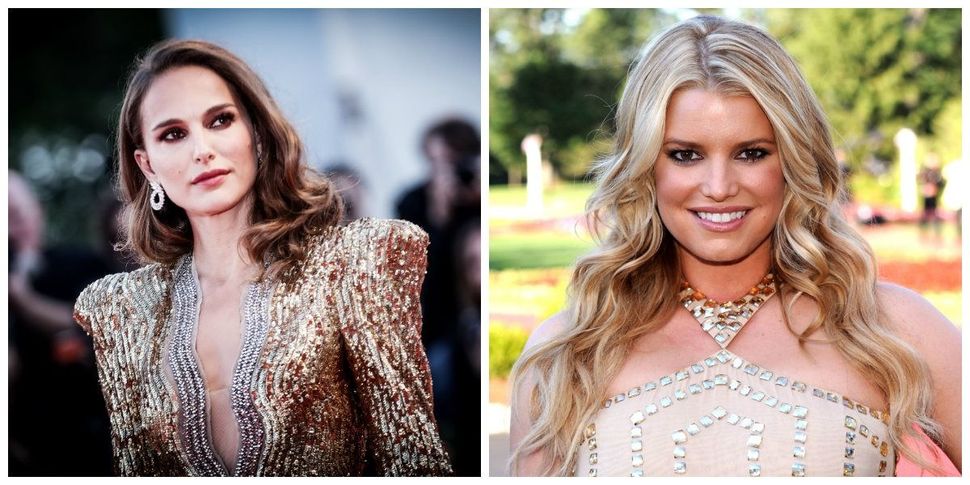 Natalie Portman is the Gloria Steinem to Jessica Simpson’s Kathy Acker, and there is nothing any of us can do about this.

In a media interaction that strongly supports that theory that we are living in a video game simulation, pop-star Jessica Simpson schooled Natalie Portman in a discourse on feminist philosophy in the public square (that is, Instagram and USA Today.)

Portman, who is doing press for her buzzy upcoming drama “Vox Lux,” told USA Today in an interview on Wednesday that images of female sexuality she was exposed to as a child gave a contradictory impression of what society expects women to be. “I remember being a teenager, and there was Jessica Simpson on the cover of a magazine saying ‘I’m a virgin,’ while wearing a bikini, and I was confused. Like, I don’t know what this is trying to tell me as a woman, as a girl.”

Jessica Simpson, once a massively successful pop singer and reality star, has been relatively absent from the spotlight since her last major project, as a judge on the reality show “Fashion Star,” ended in 2013. Yet the performer responded to Portman in a lengthy Instagram post.

In a tour de force response to the other woman’s comment, Simpson addressed Portman directly, saying that she was “disappointed” by her comment. “As public figures, we both know our image is not totally in our control at all times, and that the industry we work in often tries to define us and box us in,” she wrote. “Being sexy in a bikini and being proud of my body are not synonymous with having sex,” she said, adding that she works to let women know “they can look however they want, wear whatever they want and have sex or not have sex with whomever they want.” She went on: “In this era of Time’s Up and all the great work you have done for women, I encourage you to do the same.”

But here’s the real tea/chicken-of-the-sea: Natalie Portman is a great advocate for women. She probably didn’t mean to shame Jessica Simpson, though that was the perceived effect of her words. Portman issued a respectful apology yesterday, telling People, “I would never want to shame anyone and I fully respect her and her choices.” She went on, “I was talking about the confusion I felt as a young girl seeing the messages that I felt the media was sending out to young girls about very specific ways we should be. I made a mistake to say a name. It was absolutely not directed at her. I feel bad that she was hurt.”

But the fact is that Jessica Simpson — who is often described as an airhead — offered a more complicated, sex-positive, evolved version of feminism than Portman, who is celebrated for her Harvard degree and serious comportment.

We hope they continue dialoguing on the often painful complexities of female agency and sexualization (hopefully in the form of song!).

But if these two ladies feel like getting into, you know, a cat fight, we’ll be happy to lend Jessica our copy of Judith Butler’s “Gender Trouble” for ammo — it’s hefty.