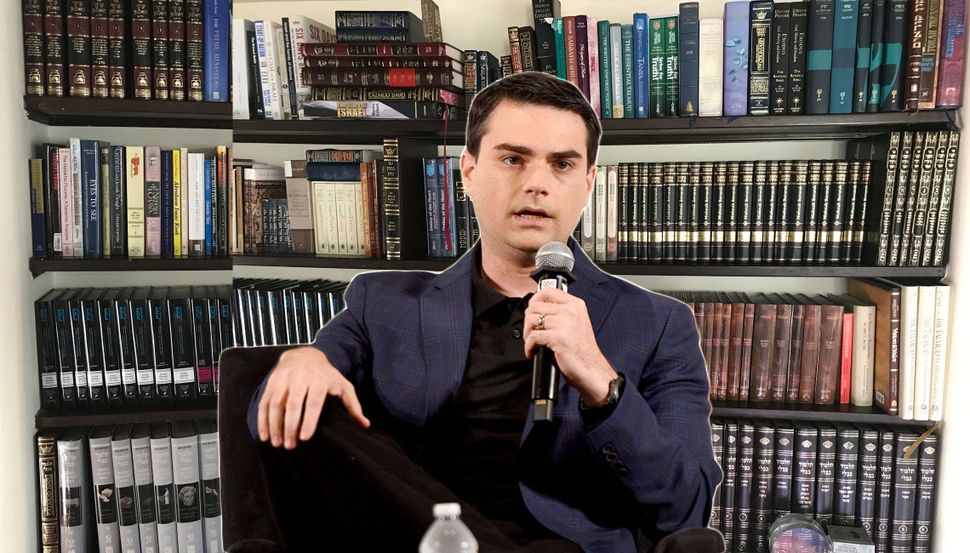 On Sunday, Vanity Fair published a lengthy profile on Ben Shapiro’s rise to fame — but all Jewish Twitter seemed to care about was Shapiro’s bookshelf.

I wasn’t alone in my curiosity. Dovid Bashevkin, Director of Education for the Orthodox youth organization NCSY, tweeted:

“Artscroll edition Mishnah next to a Koren edition Talmud?!? This guy mamish is nonpartisan.” pic.twitter.com/4Fhcrh7U5z

Others attempted to identify other books on the shelves:

We reached out to Shapiro to set the record straight.

Many have noticed the unconventional choice of having an Artscroll Mishnah set and a Koren Talmud set. How did you choose which editions of the Mishnah, Talmud, and other works to purchase?

Ben Shapiro: My dad has a lot of the Artscroll Gemara, so I’ve diversified.

How many Sefarim (Judaica books) would you estimate you own?

What books are the most often pulled off the shelf?

To set the record straight once and for all, here’s the official unblurry view of Shapiro’s Sefarim: 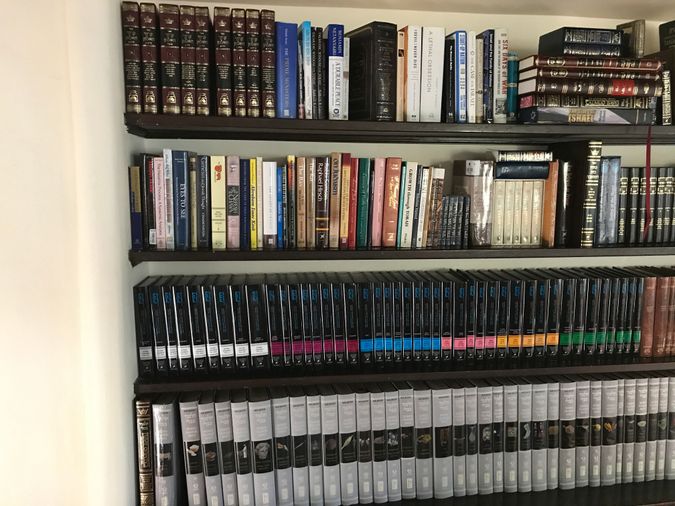 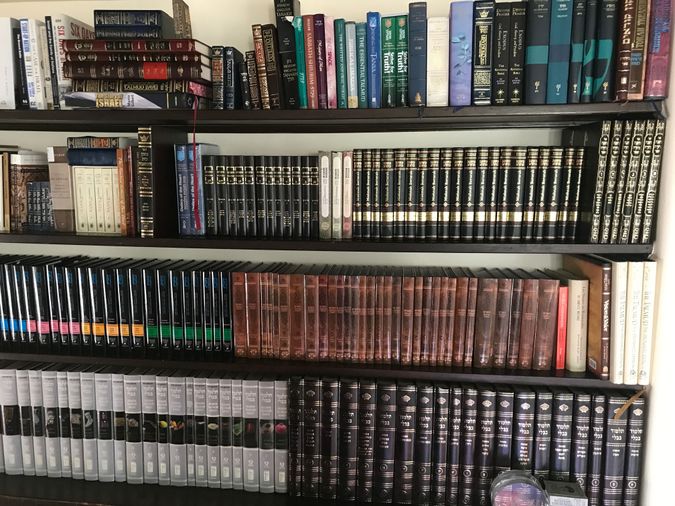 Now we can get back to debating about his politics.