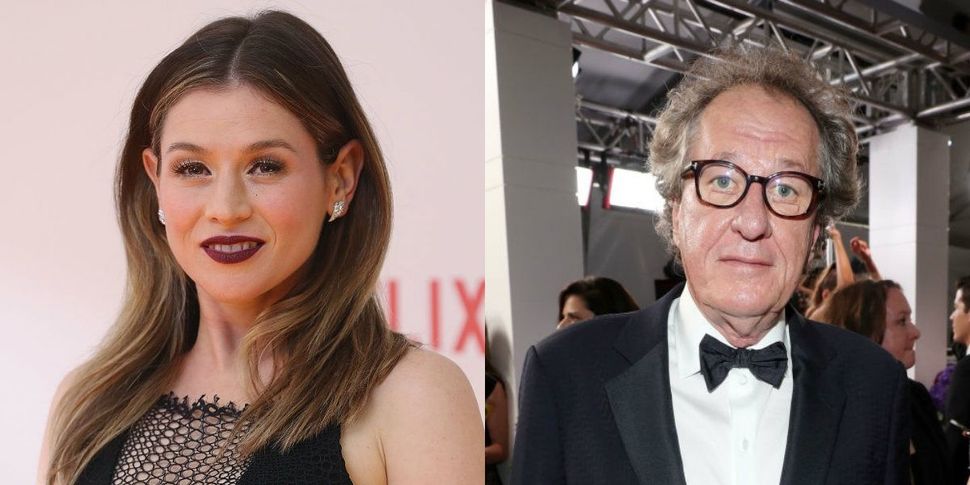 Yael Stone told the New York Times that while they were co-stars in a play in 2010 and 2011, the then 59-year-old Geoffrey Rush exposed himself to the then 25-year-old Jewish actress, sent her sexual text messages and once watched her shower.

In a statement to the New York Times Rush denied the claims, saying that they are “incorrect and in some instances have been taken completely out of context.” Rush acknowledged that Stone is “upset,” adding, “I sincerely and deeply regret if I have caused her any distress.”

In a lengthy article in the Opinion section of the Times on Sunday, Stone told Opinion editor Bari Weiss that her “terror” in coming forward with the accusations is heightened by the fact that in Australia the legal burden in a defamation case is on the accuser, not the accused — the opposite of the United States. If Rush sues Stone for defamation and isn’t able to prove her case, she could owe a huge payout to Rush. For this reason, says Weiss, the #MeToo movement has not taken off in Australia.

Additionally, Stone’s accusation takes aim at an Australian icon. In America, Geoffrey Rush is a respected actor, winner of an Academy Award for “Shine” and beloved for roles in “Pirates of the Caribbean” and “The King’s Speech” among others. In Australia, he’s more like Tom Hanks, or Meryl Streep — not just famous, but mammoth.

“I despair that I am now in this situation,” said Stone. In 2010, the Sydney-raised actress, whose father is the child of Holocaust survivors and whose mother converted to Judaism, was cast alongside Rush in “The Diary of a Madman,” which played both in Australia and New York. The two shared an intimate rehearsal process and then a dressing room, and Stone says that Rush would come join her uninvited during her naps in the dressing room, and once held a mirror above her shower stall. When Rush sent her increasingly sexual text messages, Stone says, she went along with it. Friends, family, and three people who worked on the play confirmed much of Stone’s story, Weiss reports.

This isn’t Rush’s first time being faced with an accusation of this kind — in 2017 The Daily Telegraph reported that Rush was accused of “inappropriate behavior” by a young actress in a production of King Lear in 2015. Rush denied the accusation and sued successfully for their removal from the paper. In the lawsuit, the name of the woman who had accused Rush was revealed — it was Eryn Jean Norvill, the young woman who had played Lear’s daughter, Cordelia, in the production. She had meant her complaint to the theater to be anonymous. When she testified she spoke of feeling “confused” and “trapped” as Rush touched her breast onstage and sent her inappropriate text messages.

Australian filmmaker Sophie Mathisen has likened Stone’s decision to come forward, despite Australia’s stringent libel laws, to “set[ting] yourself on fire publicly.” But Stone insists, “I know I have truth on my side.”

“I also understand it might be confusing and look strange that I maintained a friendship with someone for so long who treated me in a way that made me feel uncomfortable,” she told Weiss. “But there is the reality of professional influence and the reality of a complicated friendship, which ultimately was corroded by a sexual dynamic. But it was still a friendship.”

Stone went on, “Not all #MeToo stories are the same. Each dynamic is different. For some, a criminal process is essential. In my case, I’m not interested in punishment. I am looking to change my industry and to work toward healing and growth.”

She added, “The possibility of redemption must always be on the table.”