The Notorious RBG Bra Comes With A 35% Markup 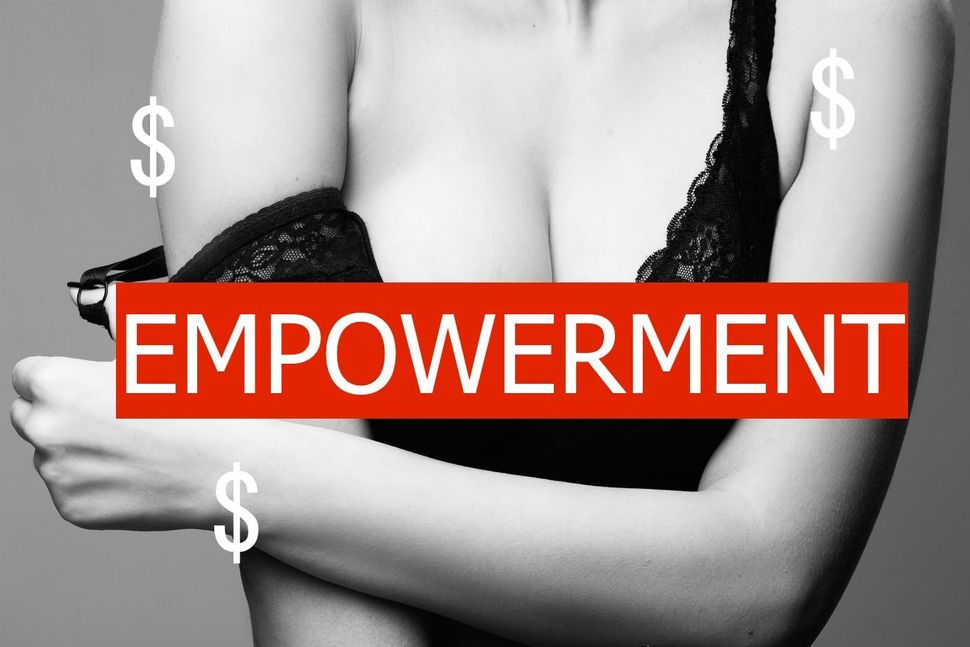 “It started with a question…why are bras so expensive?”

Thus begins the story of Harper Wilde, an online bra startup, which is selling a “Notorious RBG” bra this month at a 35-percent markup.

The bra —- indistinguishable from the retailer’s other bras but for the minute embroidered words “when there are nine,” marks a zenith in the RBG Business —- selling female-friendly products at a steep markup in the name of the 85-year-old justice, without permission or any thought of extending the product’s profit to its namesake.

As told on the company’s website, Harper Wilde’s story goes on, “As we delved deeper into this world of intimates, we found injustices, absurdities, and some humor along the way that inspired us to create a company that women are proud to stand behind.”

“When I’m sometimes asked when there will be enough [women on the Supreme Court] and I say, ‘When there are nine’, people are shocked. But there’d been nine men, and nobody’s ever raised a question to that.” -Ruth Bader Ginsburg

Harper Wilde’s “Notorious RBG bra” is, by the brand’s own admission, identical to the Everyday Lightly Lined bra, which retails for $35. The “Notorious” bra, or as we shall refer to it, Ruth Bader Gins-bra, is sold for $45, five percent of which will go to the nonprofit She Should Run.

That means that for each Gins-bra, Harper Wilde will pocket seven dollars and seventy-five cents.

That trio, though! Damn.

Making bucks off RBG’s name by embroidering half of one of her quotes on the band of a bra is audacious. But maybe not as audacious as drawing a connection between Ruth Bader Ginsburg and bras in the first place. Are breasts inherently feminist? No. Are they inherently — or even murkily — related to the practice of constitutional law? Also no.

Harper Wilde, which aims to break into the massively profitable lingerie industry using an at-home try on system similar to the one pioneered by eyeglass company Warby Parker, brands itself as invested in women’s empowerment. The company widely advertises its charitable initiative, “Support The Girls,” a non-profit run through the women’s magazine Glamour. Neither Harper Wilde nor Glamour responded to numerous requests for an explanation of the bra company’s relationship to the charity, including what it is the charity does.

A representative for the Supreme Court confirmed to the Forward that Harper Wilde did not seek permission to make the “Notorious bra.”

“Justice Ginsburg was not asked for permission to use her name or initials in connection with this product, and she will not receive any compensation from the sale of the product,” a representative for the court said.

If we’re fleecing people in the name of justice and true equality, let’s give the people what we want:

The Kavan-bra, all proceeds to the Rape And Incest Network (RAIN)

And no more jabots! Our gal Ruth wears them well, but they’re not ready for the runway or the pun-way yet. Unless someone wants to market the Jabot-tinsky specifically to old school Zionists, the concept just isn’t ready.

Or next time, Harper Wilde and others RBG-parasites, you should actually support the girls.

I made this GIF myself, as a response to the Ginsbra. It took no fewer than 20 minutes.

The Notorious RBG Bra Comes With A 35% Markup