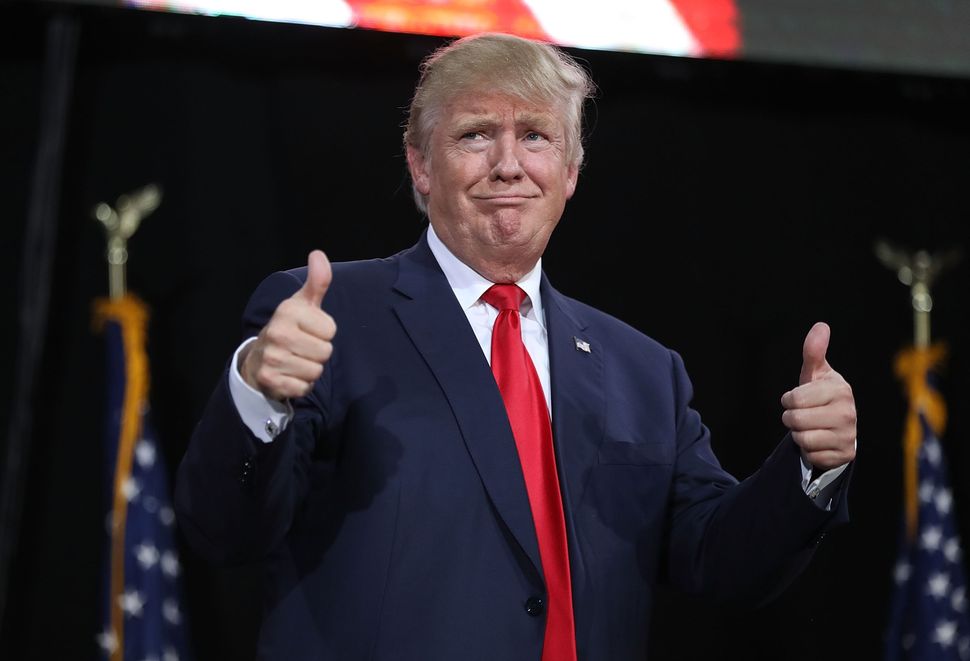 President Trump has said that she has “the best body.” He has shared that what he and his daughter have in common is that they “both like sex.” He’s said that if Ivanka wasn’t his daughter, “maybe I would be dating her.” He’s said of her, “What a beauty, that one. If I weren’t happily married and, ya know, her father…” And he’s told her, “You have a beautiful rack.”

Just kidding — that last one is a fictional line from an upcoming episode of the TV show “Family Guy.” The rest are real, though.

NOT FAKE NEWS! I’m doing the voice of @realDonaldTrump on next week’s @FamilyGuyonFOX! ? pic.twitter.com/39Mbtj878B

The “Family Guy” line, said in a promotional clip by the President Trump character to the Ivanka character, is sparking some controversy online, with some calling it “low brow” or “sick.”

President Trump has never publicly spoken about his older daughter’s breasts. However, in 1994 he spoke on television about the breasts of his one-year-old daughter Tiffany, his child with then-wife Marla Maples. “She’s got Marla’s legs,” he said. “We don’t know whether or not she’s got this part yet, but time will tell,” he added, cupping his chest.