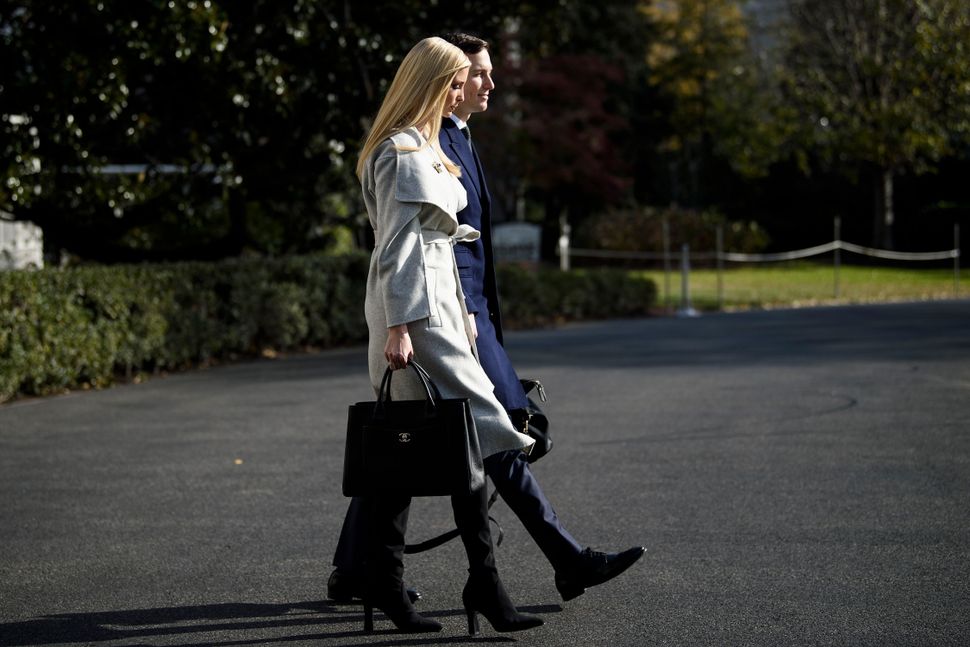 Over Christmas, Ivanka Trump and Jared Kushner reportedly walked out of a viewing of “Vice,” the contentious Dick Cheney biopic.

The couple observed the Jewish custom of catching a movie on Christmas, but either remembered suddenly that they perhaps shouldn’t be relaxing while the government is shut down or found the movie distasteful. The film has received mixed reviews, and Cheney and his family have stayed silent on the acerbic take on America’s former vice president.

Perhaps the couple left the movie early after recalling Adam McKay’s scathing remarks about Ivanka’s father. The “Vice” director referred to President Trump as a “frothing maniac with a meat cleaver” on November 13th.

Maybe McKay will cover Trump in his next film. We would personally love to see a frothing maniac with a meat cleaver on the big screen!