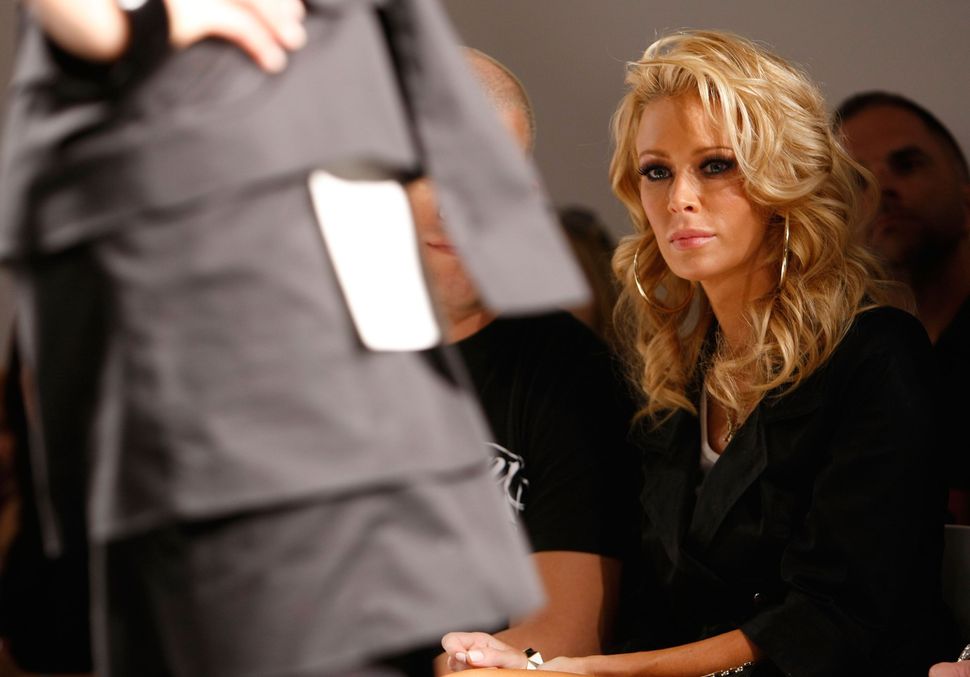 “It’s near impossible to just have normal conversations without hundreds of people attacking me for the past I cannot change,” she tweeted Wednesday.

Jameson also wrote: “I want to clarify why I’m leaving. My sobriety and faith are the most important things to me. I am being attacked for my faith. Being Jewish. I must protect my love for G-d above everything, my sobriety and strength stem from him and his grace.”

Jameson is an unabashed conservative and supporter of President Donald Trump.

One person tweeted that Jameson was going to hell because she is “conservative,” “Jewish” and a “hoe.” In response to a deleted comment she tweeted “Antisemitism is alive and well.”

Her Instagram account, where she chronicles her journey with weight loss, was still active on Thursday. She posted a photo of herself in a drab olive-colored T-shirt featuring the logo of the Israel Defense Forces and wrote: “Remember sometimes people will doubt you, second guess you and your faith. Let them. Show them what the lord has made you capable of. Be unshakeable. Be brave. ✡️”

Jameson converted to Judaism before her marriage to the Israeli-born diamond dealer Lior Bitton, with whom she has a daughter named Batel. She also has been sober for the past three years.