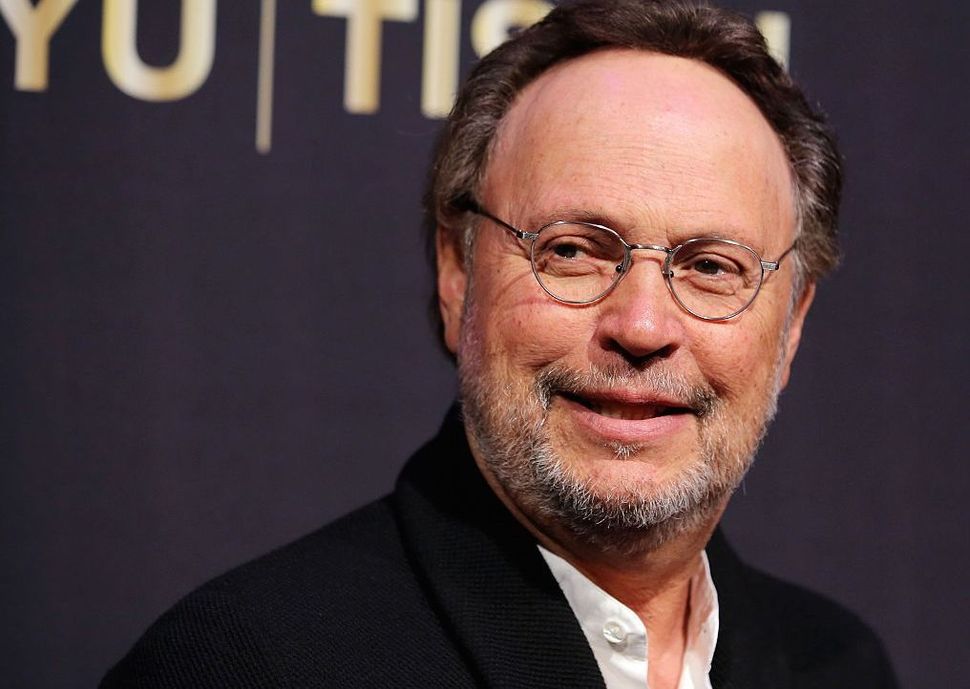 In the beginning, the Torah says the earth was “tohu vavohu” — a phrase that translates to something like “chaos and futility.”

Billy Crystal appearing as a Rabbi in a sex comedy starring a mostly Jewish cast plus the star of “Fifty Shades Of Grey” must be the opposite of tohu vavohu. The Jewish pop culture community saw that this was good. And it was evening, and it was morning, the seventh day (of February.)

That’s when we’ll be treated to “Untogether,” a movie by British Jewish filmmaker Emma Forrest, which follows two sisters through their dysfunctional relationships with men. Jemima Kirke (Jessa on “Girls”) plays alongside her real-life younger sister Lola Kirke (of “Mistress America” and “Mozart In The Jungle.”) Both actresses are Jewish. Lola Kirke’s character, a massage therapist, find herself ministering to a Rabbi, who just so happens to be Billy Crystal, who helps her explore Judaism.

Oh, don’t worry — Jennifer Grey is there, too.

Us, celebrating this movie:

Would a rabbi describe himself as feeling “like a foreskin” after a full-body massage? Honestly, probably some would!

The Jewishness goes on.

First, Scott Caan is somehow involved. Second, the elder Kirke’s movie love interest is played by Jamie Dornan (of “Fifty Shades” fame, not ours,) while the younger’s lover is played by Ben Mendelsohn.

Mendehlson, who is Jewish, is the ex-husband of Emma Forrest, who wrote and directed “Untogether.” Forrest, who is making her directorial debut in “Untogether,” is an explosive writer who has been equally open and proud about her Judaism and her mental health struggles, as if there is any combination that could make us delight in a person more.

So to recap: we got Kirke & Kirke, we got Caan, we got Mendehlson and Forrest, we got Jennifer Grey, we got Billy Crystal as a rabbi, and we got some weird sex stuff. Go ahead, tell us we’re not living in a Jewish Golden Age. Spanish Middle Ages, eat your heart out.

“Untogether” will hit theaters on February 8.