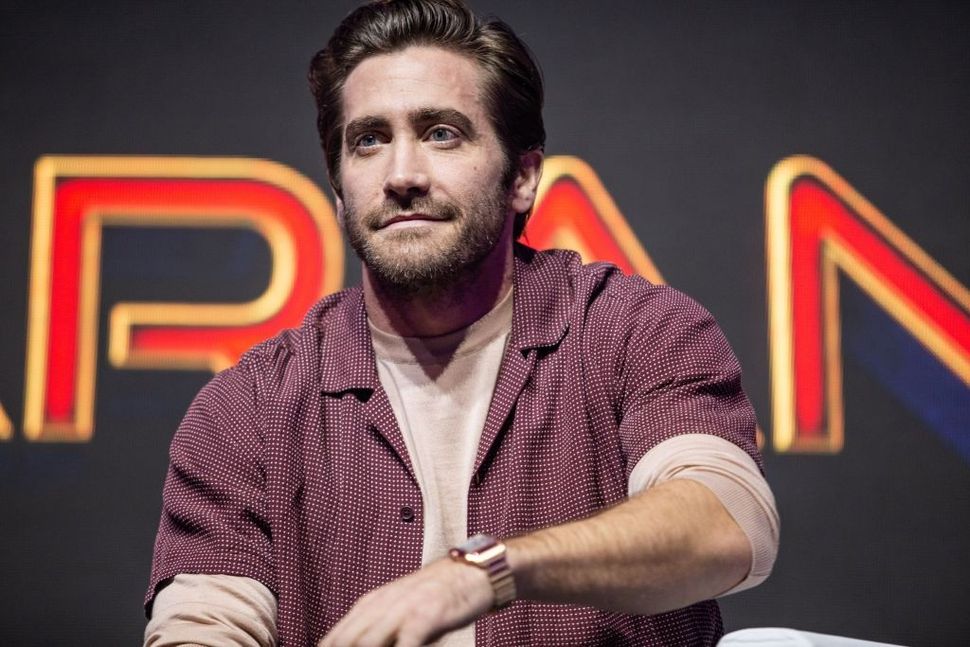 “Spider-Man,” the story that unspools endlessly like silk from a spider’s internal glands, has released a teaser trailer for its newest installment, “Spider-Man: Far From Home.” And that teaser stars — for a thrilling six seconds — Jake Gyllenhaal.

This iteration of the crime-fighting arachnid is the lithesome Brit Tom Holland, who represents Marvel’s first attempt to make “Spider-Man” charming. Despite meeting an apparently decisive fate in “Avengers: Infinity War,” Peter Parker is back alongside his aunt, an extremely youthful-looking Marissa Tomei, and off for a wholesome trip to Europe with friends. In Venice he encounters a muscular youth in battle regalia who certainly seems hot enough to save the city: It’s Jake Gyllenhaal, looking like an Ashkenazi Hemsworth. And he’s not going to save the city, he’s going to play a villain named “Mysterio.” Huh.

The real mystery is why Jake Gyllenhaal insists on being seen as a dark, brooding villain when he has the looks of a teddy bear who got into cross fit. Give up the gun and go back to chick flicks already, Jake!

Anyway, “Spider-Man: Far From Home” looks to be a romping delight. But despite a nod to wokeness from Spidey’s love interest, the always-fantastic Zendaya, never forget this movie is about men trained by men to fight men alongside men, while ladies and mothers serve purely as background. The only way to make up for this? Make Jake Gyllenhaal the love interest next time.

[Editor’s note: An earlier version of this article incorrectly identified the character played by Marissa Tomei. She plays Peter Parker’s aunt, not his mother. This is 101-level “Spider-Man” knowledge and we are appropriately ashamed.]