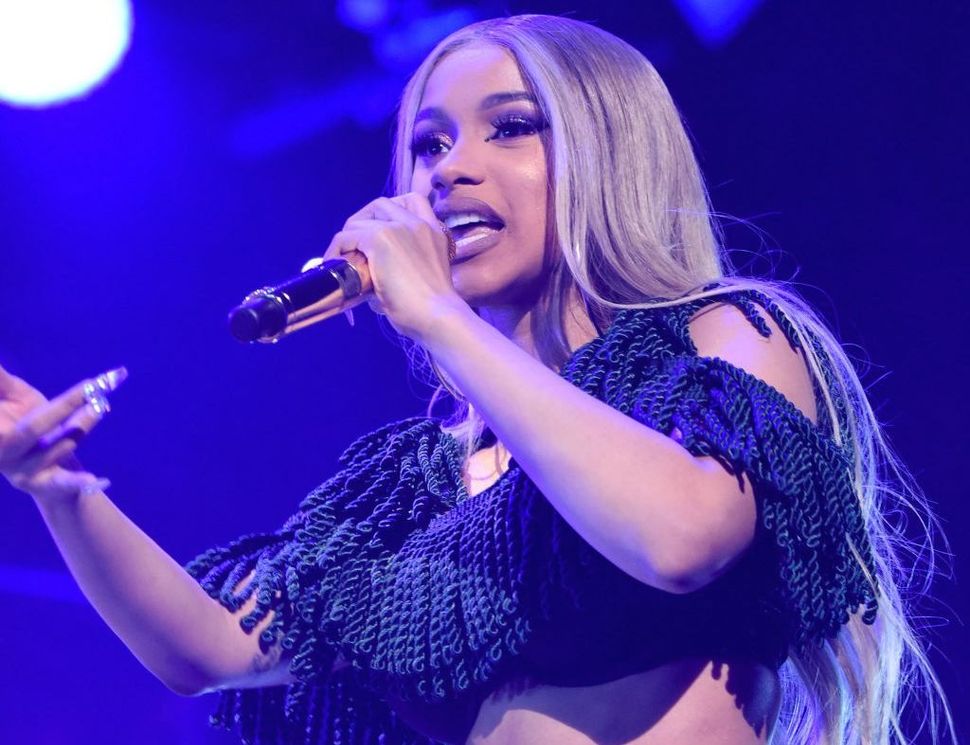 Cardi B Image by Getty Images

If poets are the true legislators of the universe, then rapper Cardi B is the true supra-natural leader of the galaxy. With the sticky-fingered glee of schoolboys, senate Democrats have taken to trumpeting her message to Americans in light of the ongoing government shutdown.

The 26-year-old cultural sensation released an instantly-viral video on Instagram, assessing the longest shutdown in US history in a direct address to her followers. “Trump is now ordering — as in summonsing — federal government workers to go back to work without getting paid,” she told her 39.8 million followers. Attempting to contextualize the political situation, she added, “Now, I don’t wanna hear ya’ll motherfuckers talking’ bout ‘Oh but Obama shut down the government for 17 days!’ YEAH B*H. FOR HEALTH CARE.” In the video, which is typical of the rapper’s casual social media outreach to fans, she continued, “This st is really f*****g serious, bro. This s**t is crazy. Like, our, our country is in a hell hole right now. All for a f*****g wall.”

I know a lot of ya do r watch the news so I’m letting ya know shit getting real …..I ain’t going to say nothing much tho I don’t want mofos to off me…..ANYWAYS TWERK VIDEO OUT NOW

“I feel like we need to take some action,” the Grammy-nominated performer concluded. “I don’t know what type of action, bh, because dis not what I do, but, bh I’m scared. This is crazy.”

A few of the people who are mandated to take action — namely legislators — chatted about the iconic rant in a conversation on Twitter. “(Trying to decide whether or not to retweet the Cardi B video),” tweeted Brian Schatz, Jewish Hawaiian Senate Democrat and chief deputy whip. Connecticut Senator Chris Murphy agreed, prompting Schatz to propose, “Ok you do it. And say retweets are not endorsements, especially the language, and I will retweet.”

“DHYB,” Murphy responded. Despite being fully millennial-run, the Schmooze had to google this term.

“I had to google that. Fair enough. See you tomorrow Murph,” Schatz responded. (Okay, we’ll tell you — “DHYB” stands for “don’t hold your breath.”)

Charles Schumer had the last word (for now):

Guys, I’m still holding my breath. Are you gonna RT Cardi B or not?

It’s pretty slick social media usage — from the awareness of the viral Cardi clip to the winking acknowledgement by each powerful lawmaker that in the realm of Twitter, their designated role is more “fun uncle” than powerbroker.

But it won’t reopen the government. And it’s like Cardi B said — I feel like we need to take some action. At least, somebody needs to.