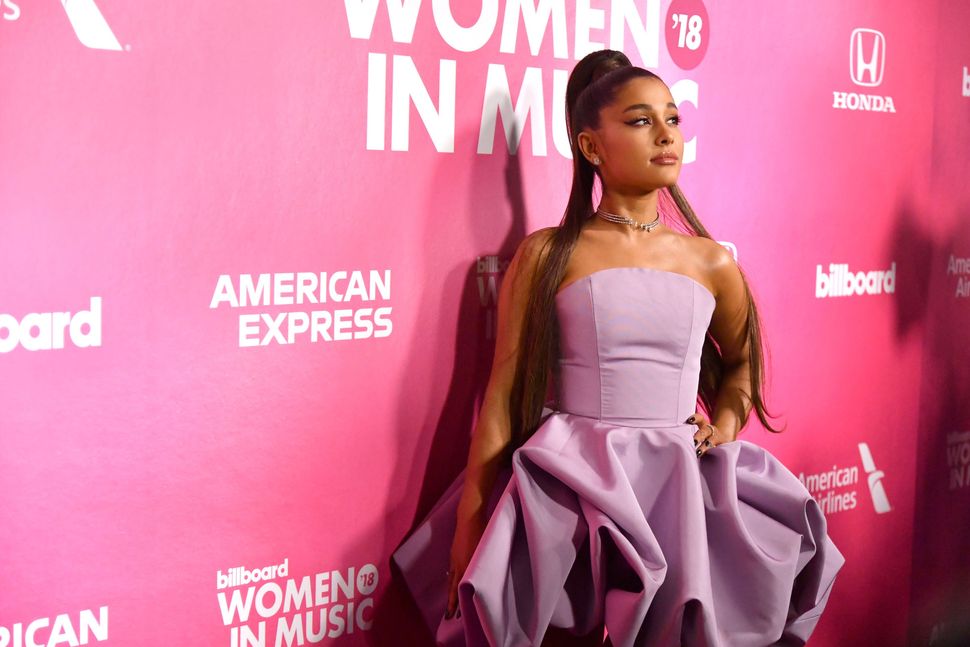 Ariana Grande has ‘7 rings.’ Her fans have none. Does it matter? Image by Getty Images

How do you solve a problem like a young female pop artist?

Singer Ariana Grande is known for sex anthems, public breakups, and hair dos that conjure up a horse’s backside, so perhaps you should be forgiven for dismissing her as a person not to be taken seriously.

But under the slick pulsing of the reworked musical theater number, it seems, are more raindrops than roses. The song and accompanying video celebrate the unrestrained consumption of multimillionaire status-seekers. Apparently inspired by the day a heartbroken Grande tipsily purchased herself and six best friends diamond Tiffany rings, the song takes such an audacious approach to spending that it seems as likely to disgust as to inspire. Grande’s ambition to cross over from love and sex chanteuse to the type of rapper who luxuriates in possessions feels risky; the gambit seems just as likely to inspire her fans as to remind them that they may be renting cribs for the rest of their life, unlike Grande who, at 24, “bought a crib just for the closet.”

Like most of her music, “7 Rings” draws an eyelash-thin line between Grande’s own success and general female empowerment. But this song exits the realm of bubble gum pop and white girl R&B, and enters a land governed by Nicki Minaj and Cardi B — powerful black women whose music and personal brands are in conversation with hip hop culture. By rapping about “red bottom [shoes],” her “crib,” and “receipts,” Grande borrows audaciously from marginalized performers’ art. Loud whispers about the fact that Grande’s wigs, fake tans, diamond grills, and even manner of speaking allow her to monetize black culture without being black will only intensify now, especially given that Grande has already been accused by artist Princess Nokia of plagiarizing her song “Mine.” Princess Nokia’s song is a celebration of women of color’s hair. Grande’s plays on the idea of purchasing her own hair.

“Sounds about white,” Princess Nokia snapped in a response video.

To underestimate Ariana Grande’s formidable mind would be yet another mistake. You can have a voice like a siren and a waist like a pencil, but it’s just not possible to become Ariana Grande by accident. A master at social media and a genius impersonator with a knack for spinning narratives from her life that work to her advantage (see: this “Thank U, Next” album is a literal monetization of her breakup,) Grande may be outsmarting us.

“7 Rings” is so viciously materialist it reads in places like a parody of consumption. “Happiness is the same price as red bottoms,” she sings, after extolling her “retail therapy addiction.” Grande has been so open about her real struggles with mental health that this flip approach smells satirical. Is there any chance this number — which after all plays on a classic tune about finding joy in small moments and simple objects — is a clever commentary on gratuitous capitalist culture?

Or maybe, it’s just a miscalculation.