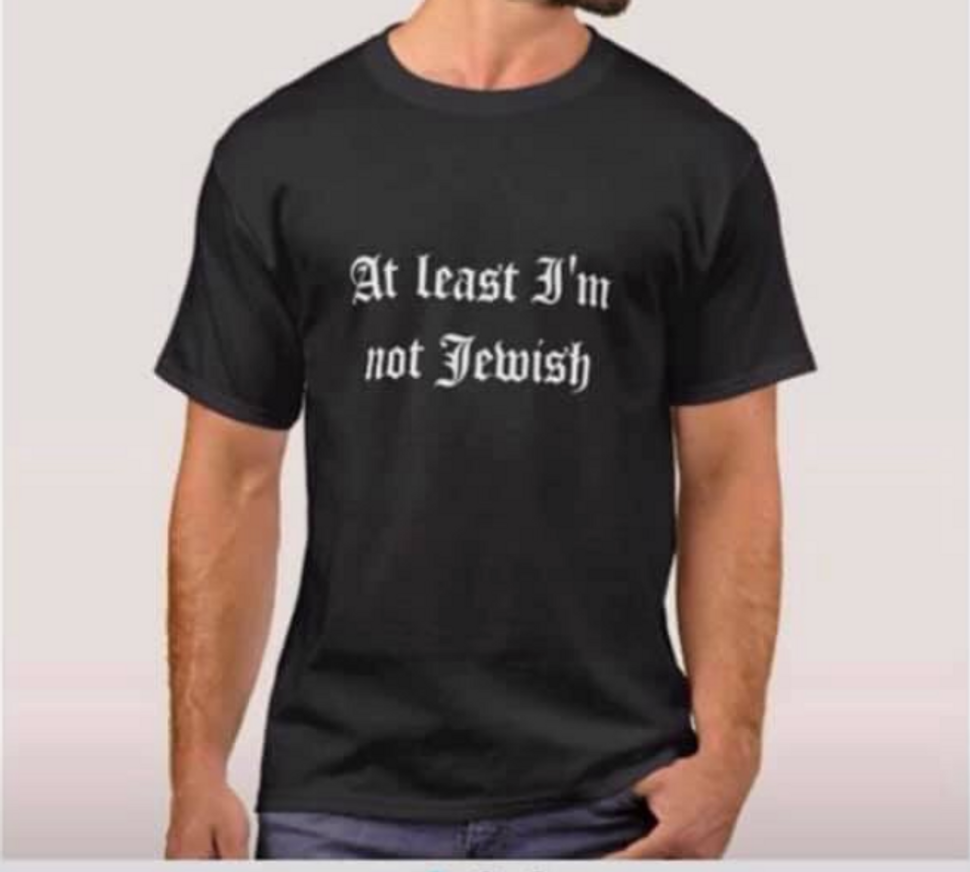 When you’ve got nothing but the hope in your heart and the shirt on your back, at least you’ve got this: you’re not Jewish.

Zazzle, an online store that allows users to design and personalize objects like stationary and throw pillows, has dropped a user-designed t-shirt that read, “At least I’m not Jewish!”

It’s not clear how long the item had been fore sale, but by Sunday night, dozens of people had tweeted the company in displeasure, including writer Ashlee Marie Preston, who called out the company over Twitter, writing, “You’re just casually going to insult Jewish people and rock anti-Semitism like it’s the hottest look??”

In response to the complaints, Zazzle removed the shirt, which was selling for $24.25, with a fifteen percent off sale with the code “SATRDAYTREAT” (which feels a bit like insult to injury.)

A statement sent to the Forward from Zazzle read, “We do not tolerate or accept hate on our site. As an open marketplace, we are faced with the opportunity to allow people to express their creativity and sentiments, coupled with the challenge of expression that upsets and offends. When a product is brought to our attention that violates our terms of service, such as the shirt you referenced, we take swift action to have the product removed.”

The shirt was designed by a user who went by the moniker “The Slesk Bazaar.” The designer had created other shirts including one reading, “At least I’m not Christian,” and marketed both shirts “for the non-religious.” In the statement the company explained that the user will now be banned from making designs on Zazzle. “Behind the scenes we use automated filters and algorithms to try to block offensive designs. We know that the tech is not foolproof and that we cannot anticipate the range of sentiments that might be uploaded to our site, so we also manually remove products as they come to our attention,” the company wrote.

The company apologized and added, somewhat enigmatically, “In the spirit of MLK Day today, we have a lot more to do as individuals and as a company; and that beyond us, there is much we must do as a nation and as one world to shine light on the darkness.”