Psychoanalyst Jacques Lacan advocated for sartorial peacocking — he believed a person’s selfhood would always be defined by how the person is perceived, so a brilliant presentation was key.

And Shahidha Bari writes that French philosopher Hélène Cixous dreamed of a dress that both reveals and conceals a person’s selfhood. The dress “hides me transparently,” she writes. “And here I am, dressed at the closest point to myself. Almost in myself.”

The way we attire ourselves instructs the world how to perceive us. It’s a tricky business — deep grooves caused by culture, gender, and access constantly shift expectations, and there’s no escape from judgment for the way we look.

Enter women in menswear: Early women who wore pants were literally stoned in the streets. But according to fashion historian Jo Paoletti, women persevered and were rewarded because masculinity has positive associations in a workplace, and in general.

Rarely in modern history has the trend gone the other way — femininity has no such associations. “Feminine clothing has absolutely no social capital for a man,” women and gender studies professor Marjorie Jolles told Racked, “because he’s gesturing towards a set of traits that our society doesn’t really value.”

Fashion that bends gender expectations or dismisses them entirely has so risen in popularity on runways and on streets that the Museum of Fine Arts in Boston plans to put on the first ever major exhibition on the subject this Spring.

Rolling up on red carpets in scarlet lips and embroidery, consistently, are Jewish men and gender non-binary stars and influencers. We’re not imagining it — just in the short list of celebrities who notably transgress masculinity in their apparel are two men named Ezra.

Perhaps it’s the history of our connection to the shmatteh business, the emphasis on creativity, or just the knowledge that Jewish people are already, on some level, outsiders, even when we enter the inner sanctums of the elite. Like Hélène Cixous, we want to be concealed and revealed. To be dressed in ourselves.

These Jewish influencers push gender presentation past the bounds of traditional masculinity. 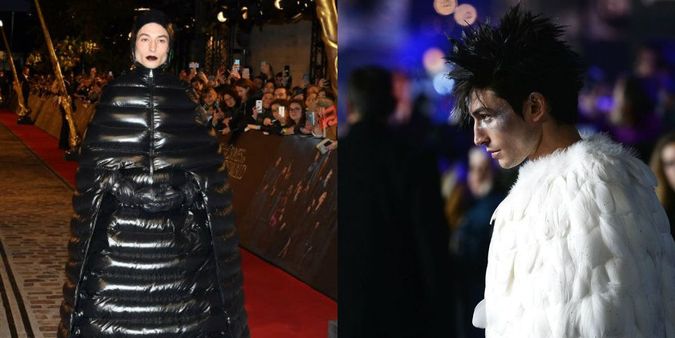 Ezra Miller pushes the envelope, shakes out the contents, and licks the adhesive for good measure. Their embrace of makeup and non-traditional materials lends the look an awesome and awful grandeur.

Punk rock star Ezra Furman (he just did the music for Netflix’s “Sex Education”) favors a classic: lipstick and pearls. 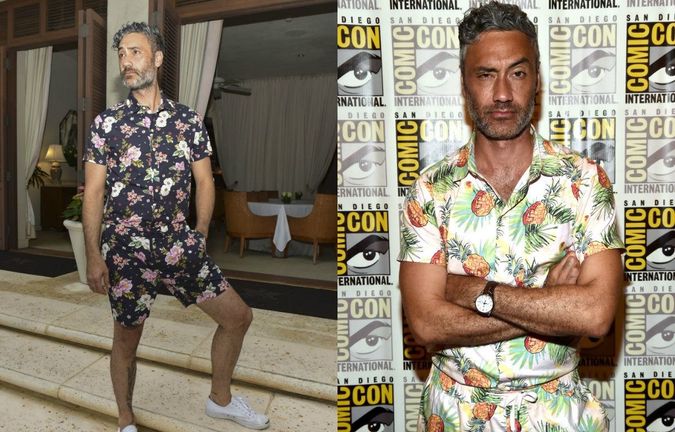 Taika Waititi’s talent is so enormous (he has an Oscar nomination, directed “Thor: Ragnarok,” and will soon star in a movie he also wrote and directed, in which he’ll play Adolf Hitler,) that it’s easy to overlook his joyful, girly style. And that would be a pity, because you’d miss all the pineapples.

I’m really honored that these pictures @kaitlynmikayla and I collaborated on have received such a warm welcome to the Instagram community. As a cisgender straight white male I just want to acknowledge what a privilege it is to have these photos celebrated, while at the same time people in the trans and queer communities have been and continue to be persecuted worldwide just for living as their authentic selves. I wear pants and a shirt most days because that’s what society has told me to do. But if you know me well you know that I love to wear a gorgeous “ladies” coat. I think dresses are beautiful. So Kaitlyn and I decided to explore what that was for me and turn it into art. As a part of an exploration that is so personal but shared so publicly, it’s important to recognize all of those who have sacrificed so much so that I could feel comfortable wearing what I want. ❤️

The Israeli-American Ullman’s original claim to fame is his work in the title role on Disney’s “Phil of the Future.” Now Ullman is a style icon who wants to “deconstruct toxic masculinity and tear down the patriarchy.” Sounds like a way better future than what Disney had in mind. 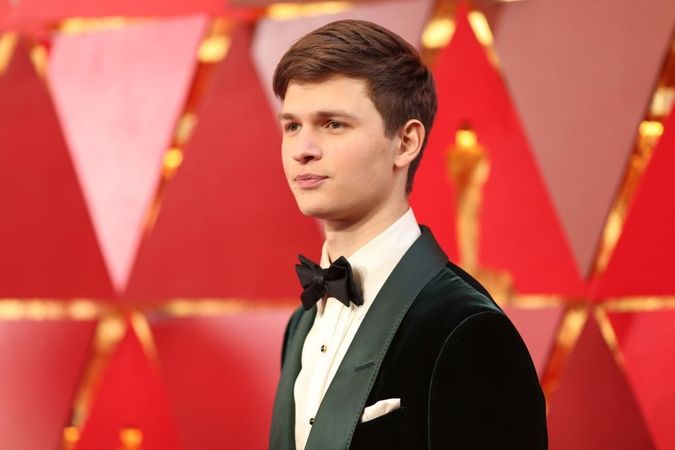 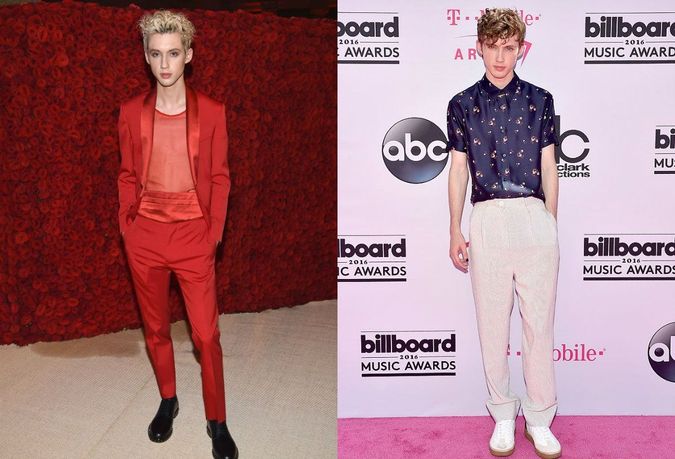 The 23-year-old has the last name of a Hebrew month, a chart-topping gay sex anthem, and the alluring aesthetic of a flower in bloom.

Eli is the founder of the queer liberation activist group Voices4, and credits his Jewish heritage for catalyzing his justice work. And he looks great in heels.

These days, Israeli twins Ariel and Shimon Ovadia’s designs show up in the pages of Vogue. But their fluffy pink jackets and calf-length leopard print driving coats were originally inspired by their grandfather.