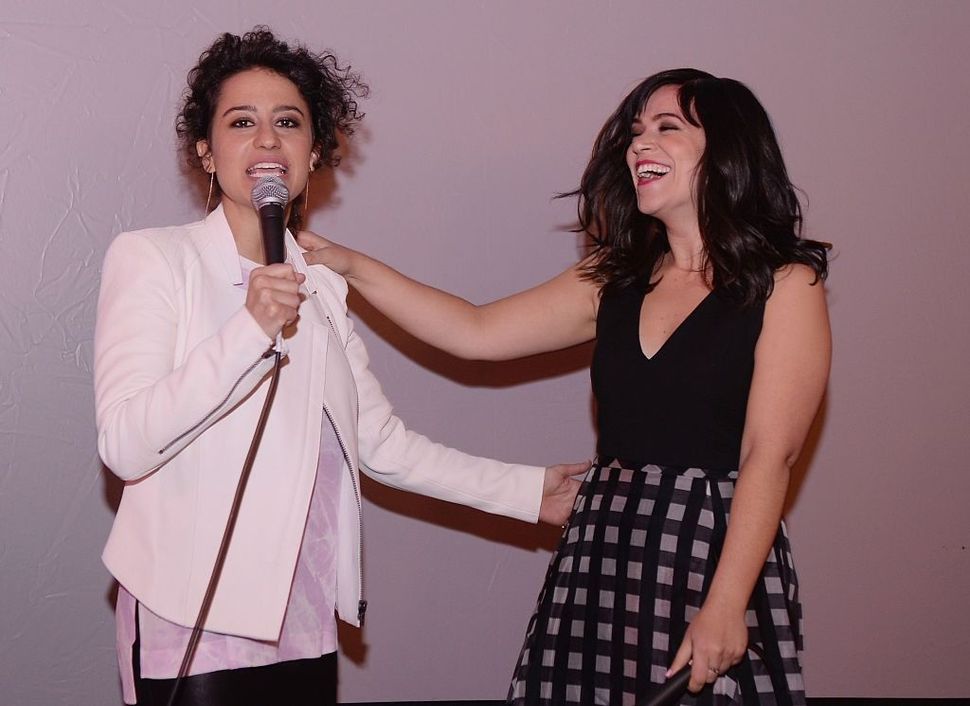 Our girls are glowing up.

Abbi and Ilana, the stars of “Broad City” and televised manifestations of so many Jewish millennials souls, will enter the final season of their hit show on Thursday night, and it looks like their last adventures will be their greatest.

We got breast meat, we got toddlers, we got pasta and crop tops and moms and nudity and art installations and a queer love interest and quite possibly a graduate school situation. It’s the American cosmopolitan millennial Jewish diaspora on network television — could we possibly ask for anything more?

“We want you to leave the characters and feel O.K,” star and creator Abbi Jacobson told the New York Times. Though the final day of filming ended with Jacobson and co-star and creator Ilana Glazer “weeping for like three hours at dawn.” So excuse us if we’re weeping into our fairly-priced Bed, Bath, & Beyond linens tonight.