Is Climate Change Real? Trump Turns To Man Who Compared Holocaust To C02 Reductions To Find Out 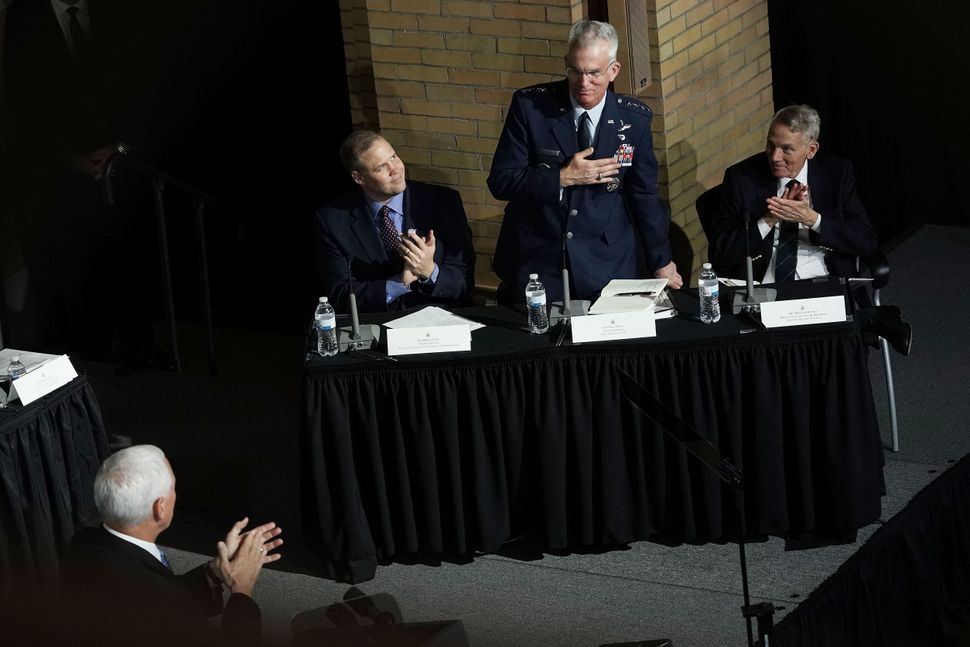 Happer, on the far right, met with Vice President Pence about the Space Force Image by Getty Images

William Happer, an official on the National Security Council, will likely head up a proposed committee to explore whether or not climate change is a national security threat, The Washington Post reports.

Happer is an atomic physicist who founded the CO2 Coalition, a group he calls, “The CO2 anti-defamation league,” explaining, “There is the CO2 molecule, and it has undergone decade after decade of abuse, for no reason.” His group seeks to combat restrictions on carbon dioxide emissions.

According to the Post, the Presidential Committee on Climate Security, which Happer is set to lead, may be established through an executive order.

It’s odd for a public official to compare human mass murder to the feelings of a single carbon atom covalently bonded to two oxygen atoms. The Holocaust has more in common with climate change than with CO2 — both have been labeled hoaxes, and both become more deadly the longer they’re ignored.

Is Climate Change Real? Trump Turns To Man Who Compared Holocaust To C02 Reductions To Find Out