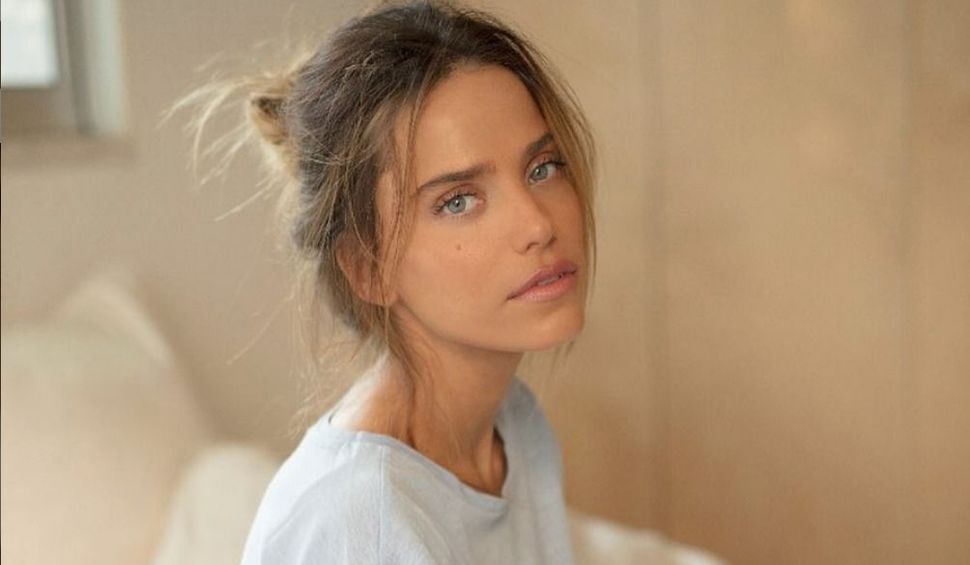 A world leader getting into an Instagram tussle over human rights with a bombshell actress?

It would all be too far fetched, if the leader was not the cartoonishly corrupt Israeli prime minister Benjamin Netanyahu, and his assailant was not Rotem Sela, an Israeli model, veteran, lawyer, activist mother of three.

Don’t forget to tell them she’s not just a clueless young actress/model/whatever. She’s 35, has a dual law and business B.A. from a prestigious school, passed the bar exam and has three kids. And ridiculously good genes, of course. https://t.co/YMiZZ0TPId

In an increasingly desperate attempt to appear Prime Ministerial on the eve of Israeli elections, Netanyahu struck out on Sunday at Sela, one of Israel’s most popular actresses.

Sela had taken to Instagram to respond to an interview on Israel’s Channel 12 with Culture Minister Miri Regev. “Miri Regev is sitting and explaining to Rina Matsliah that the public needs to beware, because if Benny Gantz is elected he will have to create a government with the Arabs. Rina Matsliah is silent. And I ask myself: why doesn’t Rina ask her in shock: ‘And what’s the problem with the Arabs???’ Dear God, there are also Arab citizens in this country.”

She went on, “When will anyone in this government tell the public that this is a country of all its citizens, and all people are born equal. The Arabs are also human beings. And also the Druze, and the gays, and the lesbians and… gasp… leftists.”

Apparently sensing an opportunity, Netanyahu responded to Sela on Facebook. “Israel is not a country of all its citizens,” the embattled prime minister wrote. “According to the nation-state law that we passed, Israel is the state of the Jewish people — and belongs to them alone,” adding that “there is no problem with Arab citizens – they have equal rights like everybody.” Netanyahu finished his message by echoing Regev’s threats, in a statement he has repeated throughout the election cycle. “It’s either a strong right-wing government led by me, or a weak left-wing government led by Yair Lapid and Gantz, with the support of the Arab parties.”

Netanyahu’s breathless attempt to dunk on Sela set off a cavalcade of other responses — not the least from “Wonder Woman” actress Gal Gadot. But who is Sela, the woman who instigated the controversy?

Well, the 35-year-old is a preternaturally beautiful blonde model. She starred as Noa Hollander on the hit CW-style Israeli show “The Baker and the Beauty,” which was bought by Amazon and is one of the most viewed Israeli TV shows ever. (We’ll leave it to you to guess whether she played the baker or the beauty.) She is an Instagram sensation, with over 800,000 followers. She’s close friends with Gal Gadot. Her husband, Ariel Roter, is the son of the CEO of Castro, the Israeli clothing dynamo. Here she is, modeling for Castro:

And Sela is Israel, so it should not be surprising that her story goes far beyond what meets the eye.

Whether she’s wrong or right, Rotem Sela served 3 years in the Israeli Navy, has a degree in law and business administration and is a licensed Israeli lawyer after passing the notoriously difficult bar exam.

I would rather listen to someone who wasn’t patronizing and sexist.

Like Gadot, Sela is a veteran of the Israeli military, where she served as a clerk in the navy. She has been an active actress and model since she was a teenager. A mother of three, she attended the prestigious IDC Herzliyah, obtaining a law degree while nine months pregnant and having just wrapped shooting on a reality TV show, Israel’s YNet News reported. The same week, she passed the Israeli bar exam. Her dual degree is in law and business administration — despite her modeling career, she chose these areas of study because it was the most “realistic” option.

“I never had the desire to prove that I was smart,” she told the Israeli publication Mako. “Everyone has a brain,” she said, explaining that just because she is a model doesn’t mean she feels the need to prove herself. She sees no reason to give up her right to her mind, just because she’s chosen a field that celebrates her appearance. “For me, modeling is just work, she told Israeli publication Makor Rishon. “What’s so wrong with being branded as a babe?”

Sela is open about the difficulty of being a mother and a public figure. “You should have seen my makeup artist when I came here this morning, how stressed he was when he saw the bags under my eyes,” she told an Israeli interviewer. “I don’t sleep, I get up to nurse — totally like everyone else, believe me.” She told Mako, “Being a mother is the most amazing fun there is. It also hinders a career.”

And there’s more. Sela is a vegetarian. She designs jewelry for famed Israeli brand Michal Negrin. When she acts and works as a television host, she also oversees editing and production. She keeps a liberal Jewish household. “Every Friday night I light candles and talk to God,” she told the Israeli publication Mako, adding that the family enjoys spending Shabbat with her husband’s parents, those of the Castro fortune. She’s blessed, she says, to have them as babysitters.

And Sela is an outspoken Zionist. “The option to live in another country has never fascinated me,” she told YNet, adding that she does not so much as audition for roles in movies that will film in other countries. “Tel Aviv cannot be replaced by any city in the world.” She told Mako, “It’s always surprising to people, but it’s really not my dream to succeed [in America,] I want to succeed here, to work here, to do Israeli work…it was important to me to stay here.”

Sunday is far from the first time Sela has criticized Bibi over this exact issue — Arab-Israeli participation in democracy. “I was ashamed to be Israeli when Netanyahu said, ‘The Arabs flock to the polls,” she told Ynet in 2015. “When your prime minister says such things, you can not expect citizens to talk differently.” If she could, she would hand power to transgender activists, she said. “I would give Nora Grinberg a torch, she’s among the first [openly] transgender people in Israel, and it’s very important that gays, lesbians and transgenders get a stage.”

Sela is also a proud defender of women’s rights. Asked by Israeli newspaper Yediot Aharanot about whether the #MeToo movement had become too extreme, she shot back, “The situation before the #MeToo movement was extreme, this world in which men allowed themselves to talk and behave to women in an uninhibited way. The campaign is very important, and even if at the moment it feels to some people too extreme, it is okay and eventually the middle will be found.”

Sela with her “Beauty and the Baker” co-star, Avraham Aviv Alush, in an ad campaign for Castro

Sela is a longterm close friend of Gal Gadot, who spoke out in her support after the comments from Netanyahu. “The responsibility to sow hope and light for a better future for our children is on us,” Gadot posted on her Instagram story. “Rotem, sister, you are the inspiration for us all.”

The two women are part of a close-knit friend group of Israeli actresses and influencers. “You want her to succeed, even if she is not your friend,” Sela gushed to Yediot Aharonot of Gadot.

Israeli politicians, beware: don’t mess with Rotem Sela. The woman knows how to look good while discussing public policy and nursing a baby. She can roller skate while taking you through the Israeli penal code. She can design jewelry while raising future Israeli activists. One would think that Israeli leaders might know by now that beautiful women can also be Wonder Women.