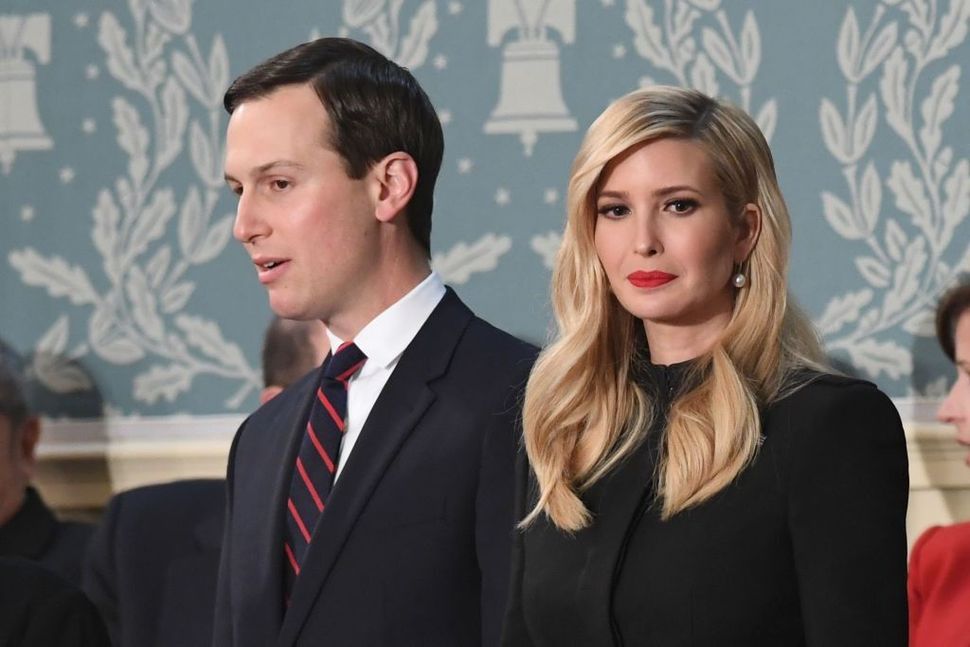 A new book, “Kushner, Inc” by journalist Vicky Ward, calls itself “the first explosive book about Javanka and their infamous rise to power.” The gleaming hardcover, bearing the words “Greed. Ambition. Corruption.” promises to “dig [sic] beneath the myth the couple has created.”

This is a case of beautifully coiffed snake eats tail — digging into the glamorous power couple only heightens their mystique, as inquiring journalists are no doubt aware. The cottage industry of tell-all “investigative” books about White House regulars will soon have to be re-labeled the penthouse industry, so profitable is it in the Trump era. Who can hand-wring over the fate of a future Trump library when the President’s machinations have inspired an entire genre, compelling tabloid writers, journalists, and ousted members of the administration to put pen to paper?

Ward says she interviewed 220 people for “Kushner, Inc,” from Gary Cohn to Ivanka’s high school tour guide. Cohn may as well be wearing a monocle and smoking a black cigar, so ludicrously does this book’s cast resemble that of a murder mystery whodunnit.

Ward says that Ivanka aspires to the presidency — sees it as hers — sees herself as the next in a family dynasty, and that a family employee told Ward that the couple “[Has] no idea how normal people perceive, understand, intuit.” Ward says she learned that Cohn was upset about Trump’s reaction to the Charlottesville marchers. (Who could have leaked that flattering tidbit?)

Ward says that Bannon told Ivanka “F**k yourself … you are nothing,” that the Kushner family refused for six years to meet their son Josh’s “stupid,” uneducated, “shiksa” girlfriend [(now wife) Karlie Kloss](now wife “(now wife) Karlie Kloss”), and, again and again, that the family is opportunistic and underhanded to the point of corruption.

The space between quotes, facts, speculation, and psychobabble is next to nil. The dizzying cocktail’s effect is more of a grand and glamorous myth than ever, just like the Trump family likes it. Just like they liked it on the day when Ivanka told America, at the Republican Convention, that her father is fair, and a fighter for the lower class, and a champion of gender equality. Just like on the day when Melania wore the “I don’t really care” jacket, and the day when Ivanka couldn’t stop sharing pictures of her joyful toddlers at the height of the family separation crisis, and every day when Americans have listened to their president say that his bumbling son-in-law is going to fix the Middle East. That top American thinkers take this blend of gossip and misty reporting seriously is a sign that the Trump-Kushner family is doing just fine, thanks.

Who are Jared and Ivanka, really? Here’s one thing we know for sure: They’re a lot better at this than we are.