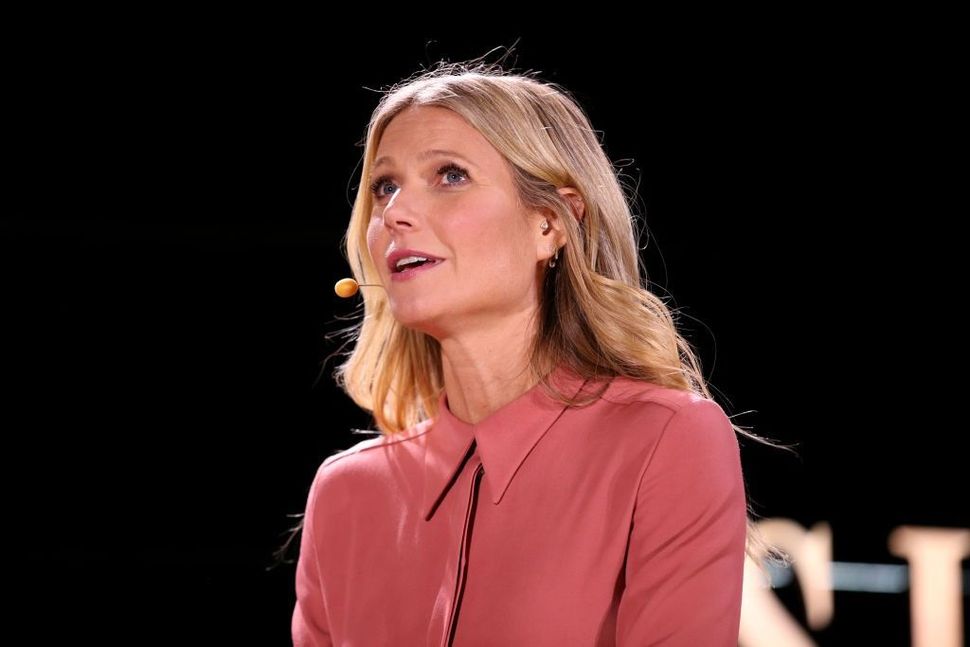 Gwyneth Paltrow is working on Jewish mom boundaries like all of us. Image by Getty Images

It’s 2019, and we just don’t need the baggage of Jewish mother stereotypes — the fake-y Bronx accent, obsession with food, the perverse need to set her children up on dates — women, parents, Jews, they’re all so much more complicated than that!

But some things are eternal.

And even Gwyneth Paltrow, Oscar winner, CEO, and supermodel, is not immune. The mother of the memorably named Apple and Moses publicly wandered into extreme Jewish mother territory this week, posting a picture of 14-year-old daughter Apple on social media without permission.

Looks like a couple of blonde millionaires enjoying a day of frozen water sports, no? No! It’s so much more. Apple, Paltrow’s daughter with Coldplay frontman Chris Martin, commented on her mother’s post:

Perhaps it is Jewish daughter bias talking, but here we have: A calm, direct tone. A reference to an earlier conversation. Clear expectations.

If this did not remind you of one of your Jewish parents or caregivers, your life must be very relaxing.

The brief-but-familiar exchange sparked a debate on the post. Here are some of our favorite comments:

Team Listen To Gwyneth P: “You are the child Apple, Gwyneth P is the mother. She doesn’t need your consent for much of anything. There is nothing wrong with the picture, except you could have smiled.”

Team Hang In There, Gwyn:
“Dont feel bad my daughter done the same thing to me. I think its probably just her age because as mine got older her mouth got alot better . Thank god”

Team Teachable Moment: “@gwynethpaltrow This is a real teachable moment. I understand u chose a photo in which your daughter’s face is largely covered, & I assume that she OK’d it in the end or else you would’ve deleted it. However, there are some really shocking comments on here from parents who completely reject the idea that their kids have any right to protect their privacy etc. @gwynethpaltrow maybe you can turn this into a learning op — check out @cdnchildprotect has resources about teaching kids to assert their rights re their bodies & images.”

Team “I MADE YOU”: “I tell my kids these are my moments, not yours… I made you, I’ll post what I want… you child, me parents know your roll. I give, I can take away your ‘social’”

We are all Gwyneth. We are all Apple. And we are all internet strangers who have strong opinions that we think should be heard. Whatever your opinion is, call your mother! She’ll have what to say about this.