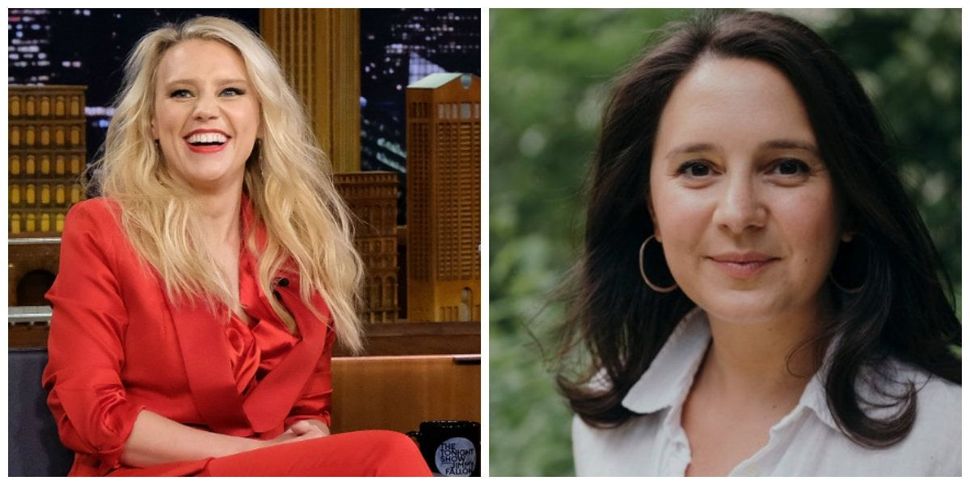 Bari Weiss, the New York Times columnist famous for being a Jewish woman who does not want any more rights than she currently has, dated Saturday Night Live comedian Kate McKinnon when they were both undergraduates at Columbia University.

The provocative writer said in a Vanity Fair profile what had only been previously rumored — that she and McKinnon dated on and off for years in college, and maintain a friendship.

It’s thrilling news for any lady who is giddy to bed a public intellectual who wants to pump the breaks on believing abused women.

“I’ve been in love with both men and women,” Weiss told Vanity Fair. She added, “I don’t trade on my sexual identity in that way for political points. I think that’s lame and it’s not my style.”

Imagine using your own identity as credentials to write about major issues like anti-Semitism, Israel, and women! It’s the kind of self-indulgent, snowflake-y inanity that would allow a person to write a thing like this:

“I am a proud feminist, and this is what I thought while reading the article [about the woman who wrote that she was sexually harassed by actor Aziz Ansari:]”

“If you are hanging out naked with a man, it’s safe to assume he is going to try to have sex with you…I’m sorry this woman had this experience. I too have had lousy romantic encounters, as has every adult woman I know…It’s called ‘bad sex.’ It sucks.”

Down with using personal experience to inform your own beliefs and explain the genesis of your ideas! Up with cold, hard facts and claiming your own sex experiences as those by which all others must be defined! Down with invoking your sexual identity to share ideas as a major columnist in a paper of note! Up with lengthy descriptions of the logistics surrounding your bat mitzvah!

So Weiss dated one of the greatest comic artists of our time, so what?

We should thank God, Bret Stephens, and Columbia University that it didn’t turn her into one of those trite, anti-intellectual nitwits who use their own identities to further the rights of their own communities, like those asinine agents of tomfoolery, Harvey Milk and Martin Luther King, Jr.

So if your own kid starts dating outside the tribe or starts throwing around that creepy little term “queer,” never you fear! One day she might be a better version of Milk and King, using her microphone to amplify the voices of millionaire celebrities in their brave fight to remove their hairpieces in public.

So, nu? Now you know about Bari Weiss’ dating history — happy, you sex-obsessed gossips? The real lesson was always here, lurking underneath the Weiss discourse: whether you’re Jewish, gay-ish, or, I don’t know, some kind of sexual assault whoozi-whatsit, don’t use your identity or experience to underscore your ideas.