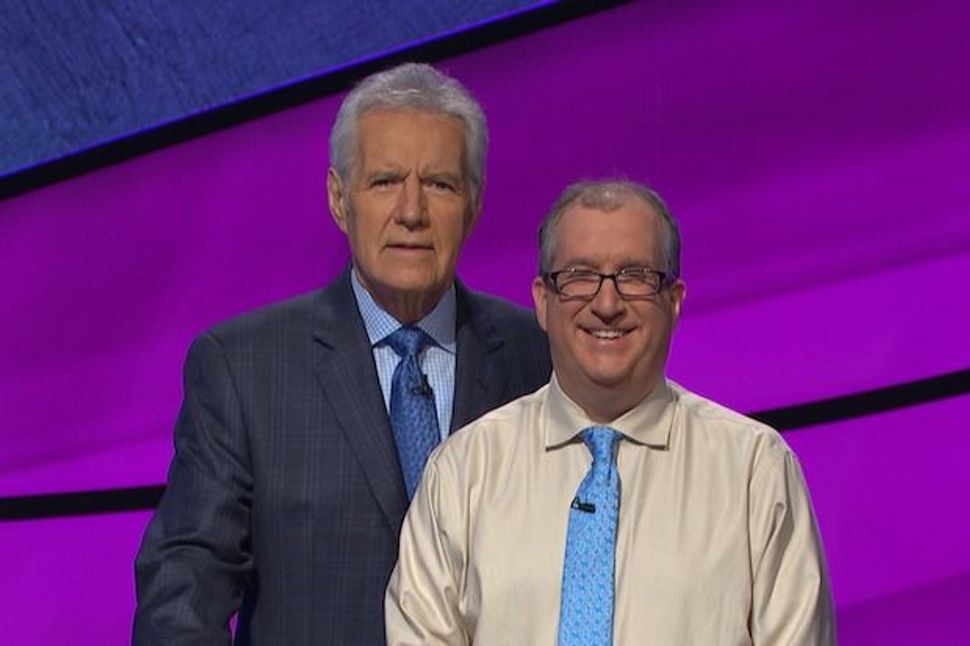 In one of the biggest feats on this season of Jeopardy, a Jew found a way to make a loss into a piece of history.

Adam Levin, a Brandeis University alum and the current sports director for the university’s athletics department, nearly beat current Jeopardy champion James Holzhauer, the Boston Globe reported. The episode was filmed late February, but only aired this past Monday.

Despite having a $200 lead after the first round, by the time the final round came up, Levin lost to Holzhauer with an $18 difference, making Alex Trebek tell the buzzed about champion, “Adam made you earn it today,” Trebek told the (so-far) unstoppable Holzhauer.

This was a dream come true for Levin, who discovered his love for trivia as a first-year undergrad student at Brandeis as a member of the university’s College Bowl (now called Quiz Bowl) team. “My friends and I formed an intramural team – ‘Cabbage Rolls and Coffee,’” he told Brandeis Now.

Levin’s final count — $53,999 — was the highest amount earned by a runner-up in the history of the long running game show. Despite the amount, only the winner of each episode gets to keep the money.

Holzhauer, a gambler hailing from Las Vegas, has been making headlines and breaking records with his playing style – so much so that the show’s official website has a tracker for his total winnings, currently at a whopping $1,329,604.

(His parents must be kvelling.)

In an article for his alma mater about his time on the show, Levin said, “My once-in-a-lifetime story doesn’t have quite the ending I always dreamed about, but I’m exceptionally proud of my showing.” He further emphasized that “sometimes, you can give your all-out best, and it’s just not enough. But if you left everything out on the field – or stage, in my case – it’s all you can ask for.”