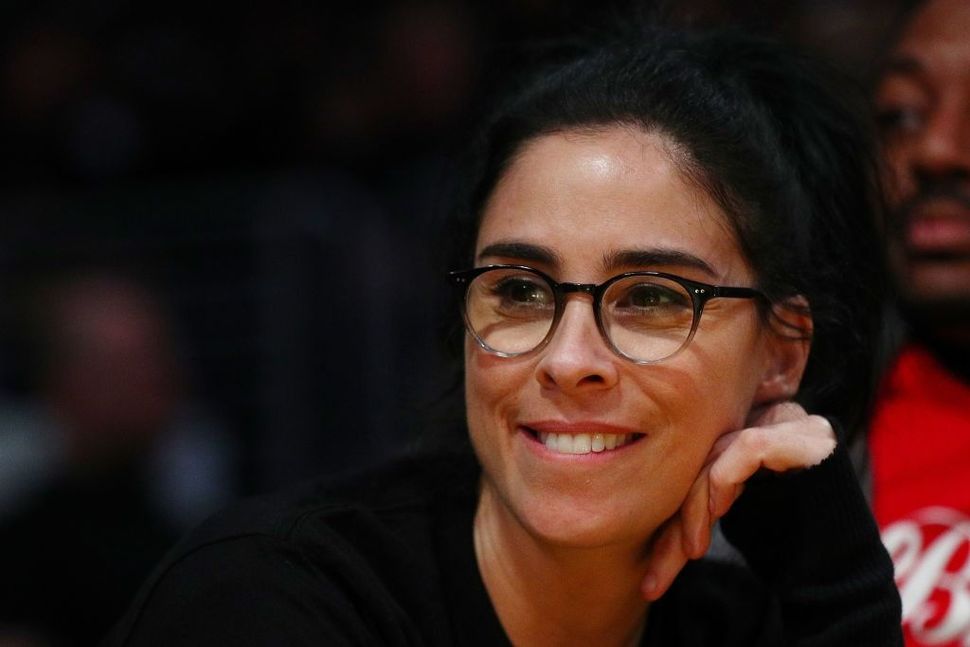 Sarah Silverman’s comic memoir “The Bedwetter” is being turned into a musical by Adam Schlesinger, the guy who co-wrote most of the music in “Crazy Ex-Girlfriend.” The script will be by Joshua Harmon, who wrote the play “Bad Jews,” which is about talking about the Holocaust at a funeral.

Better than getting gift cards for Hanukkah in denominations of 18, better than a bris with an open bar, is the news that the 2010 memoir of comedian Sarah Silverman, “The Bedwetter: Stories of Courage, Redemption, and Pee” is getting the musical treatment.

Silverman’s stories of being a late-in-life bedwetter and “horse-faced Jewess” (her words!) will be produced by New York City’s prestigious Atlantic Theatre Company, for the theater’s 2019-2020 season.

Silverman said that she and Schlesinger — he also co-wrote the song “Stacy’s Mom — started talking about turning “The Bedwetter” into a musical five years ago. “He read the book and he came over and he just said, ‘This is a play! This is a musical!’” Silverman said at the film festival. “‘The first chapter is called ‘Cursed From the Start.’ Cursed From the Start! That’s a line!’” The musical will focus on Silverman’s life as a urine-soaked New Hampshire ten-year-old.

Silverman is collaborating with Schlesinger and Harmon, though she doesn’t plan to take to the stage herself. She should, though — could anyone forget her hit “Give the Jew Girl Toys”? The bedwetter has pipes.