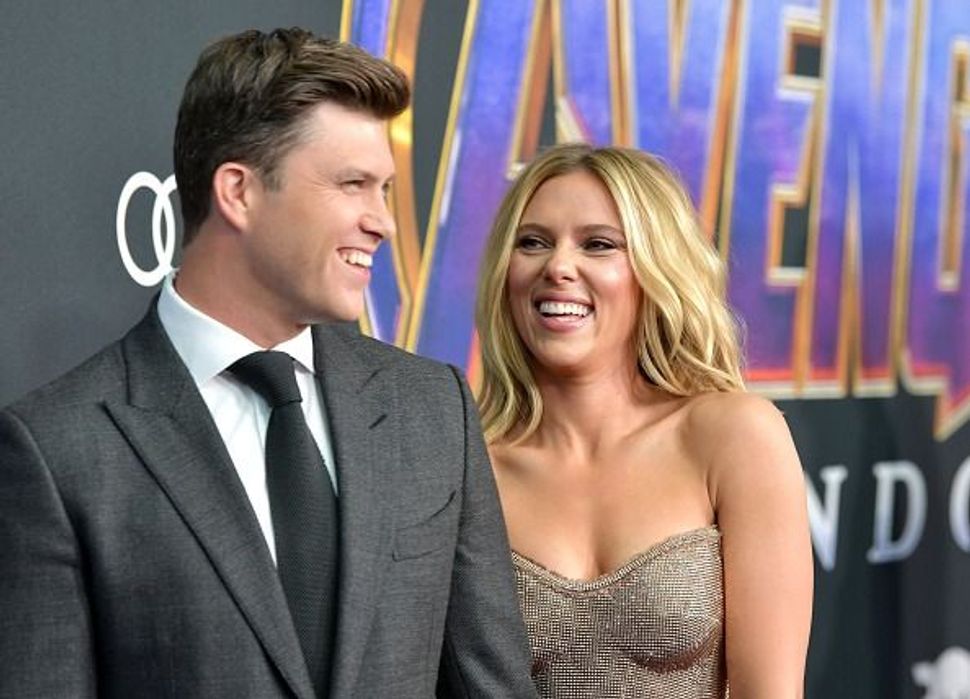 Mazel tov! Marvel’s sweetheart and a “SNL” head writer are getting married!

Pariseau confirmed that no date has been set for the couple’s nuptials.

While this will be Jost’s first marriage, it will be Johansson’s third.

The couple made their official debut at the Museum of Natural History Gala at the end of 2017 after months of speculation that they were an item.

Throughout their relatively low-key relationship, Johansson has spoken out about her view on marriage. “I think the idea of marriage is very romantic,” she told Playboy. “It’s a beautiful idea and the practice of it can be a very beautiful thing.”

Johansson is best known for her recurring role as Black Widow in Marvel’s successful “Avengers” series. Jost has been a co-anchor at the “Saturday Night Live” Weekend Update desk since he replaced Seth Meyers in 2014.