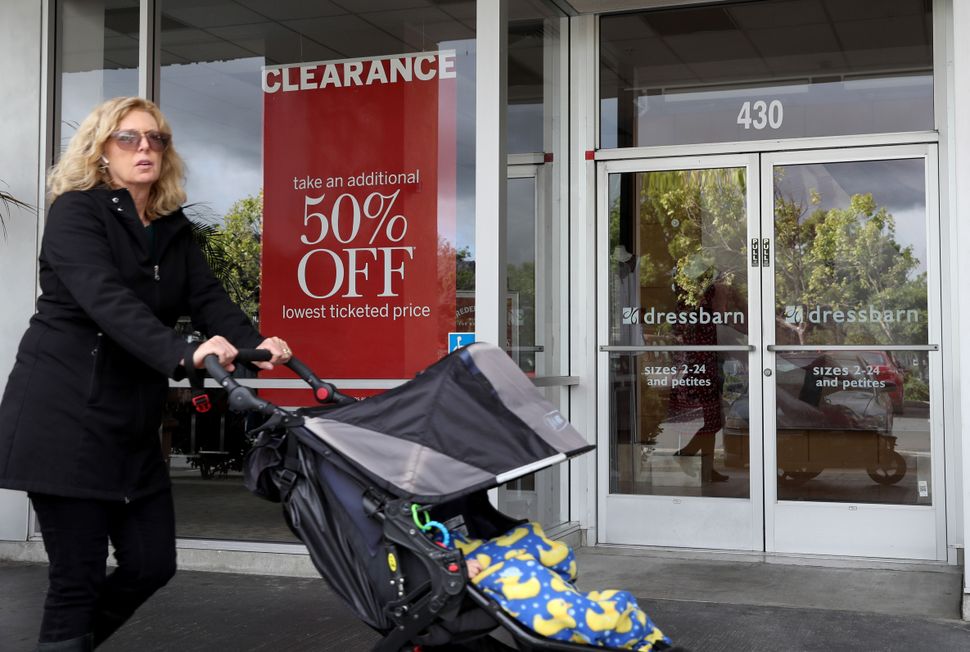 A woman passes by a Dressbarn store Image by Getty Images

The retail landscape suffered another blow this week when the parent of low-priced women’s clothier Dressbarn announced that all 650 its stores would shutter within months.

But news reports have overlooked the chain’s very Jewish origin story — and the fact that anti-Semitism may have indirectly played a role in its 1962 launch.

In the 1950s, Dressbarn co-founder Eliot Jaffe was a retail executive at Macy’s in New York. His future wife and business partner, then Roslyn Solomon, worked at Gimbel’s, a long-departed rival store. The lovebirds never talked shop, but they did dream of opening their own store, Eliot Jaffe told a University of Pennsylvania alumni magazine.

The Jewish thread on Eliot Jaffe’s side starts when he graduated from the Wharton business school, and sought advice from a career placement counselor. The adviser told him, “very tactfully, that in 1949 most of corporate America was not going to hire a young Jewish man for one of their training programs.” Jaffe applied to Macy’s anyway; the company took a class of 25 from an applicant pool of 10,000. “I wasn’t really sure that this was what I wanted,” Jaffe recounts, “but I couldn’t resist the challenge. I made it, stayed thirteen years, and left to start my own business.”

On Roslyn Jaffe’s side, a childhood steeped in Jewish values helped inspire the company’s philanthropy as it grew into a national behemoth; Dressbarn is now part of holding company Ascena Retail Group, which also includes Ann Taylor, Lou & Grey, and Lane Bryant. The Jaffes own 25% of Ascena, according to reports.

“I was raised in Waterbury, Conn., in a family that did philanthropy in a very, very small way. We had little or no money, but in the house we had a box where you put money for charity (tzedakah in Hebrew), and my parents contributed in the community where we lived. It was something that I grew up with,” Jaffe told Worth magazine in 2017. “We started [philanthropy] very early with the company. Obviously, it became important when we went public in 1982, and we had finances and decided we could have a foundation. That’s when we really had the funds to do bigger things.”

Their son David was CEO of Ascena until he stepped down on May 2. As the trade mag Total Retail reported this month, David Jaffe’s departure “means for the first time in its history, Ascena Retail Group will no longer be led by a Jaffe.”