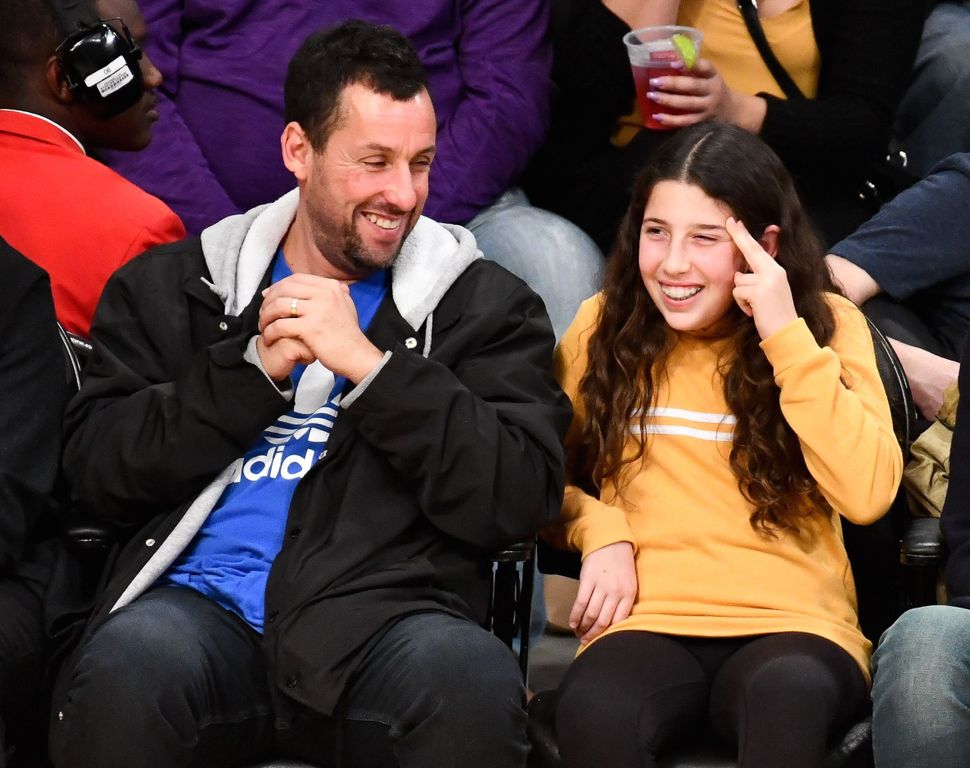 The man who brought us “Hanukkah Songs” one-through-infinity called upon Maroon 5 frontman Adam Levine to perform at his daughter’s party, he told Jimmy Kimmel. The 52-year-old Sandler said that he was embarrassed to ask the favor of the Grammy winner, but decided to do it anyway because, in his words, “I’d love to do something special for my daughter, I love her so much and blah, blah, blah.”

Say no more, Adam, say no more. We know what that “blah blah blah” means. It means you would go to such extraordinary lengths to make your daughter smile that you are begging a 40-year-old man to come sing sexy pop songs at a children’s party.

Sandler says he was self-conscious about texting Levine the request. “You know what I mean, everybody loves their daughter, but whatever,” he said.

“I text him, ‘I’m sorry to do this to you, my kid’s getting bat mitzvahed Saturday night. Would you mind coming and singing a few tunes? It would be incredible.”

“I don’t know why I did it,” Sandler added. (Parental love makes you crazy, that’s why!)

“Then you see the dot dot dot immediately,” Sandler said, referring to the indication on his iPhone that Levine was composing a response to his text.

Levine responded, saying that the venue for Sadie Sandler’s bat mitzvah party was one he had visited several times as a child, also for bar and bat mitzvah parties. Levine performed three songs at the party, to rave reviews from the tween crowd.

“Oh, she hugged me so much, my Sadie,” Sandler said happily, recalling his daughter’s reaction.

Mazel tov, Sadie Sandler! You have reached an exciting point in your Jewish journey. Kol hakavod to Adam Levine, for doing a sweet favor. And yasher koach as well, to Adam Sandler — a man who isn’t usually lost for words, but was at a loss to find a way to show his daughter just how much he loves her. We’ve all been there, even those of us who don’t have Adam Levine’s personal cell phone number.