What Can We Learn From The Jewish Millennials Who Moved In With Nuns? 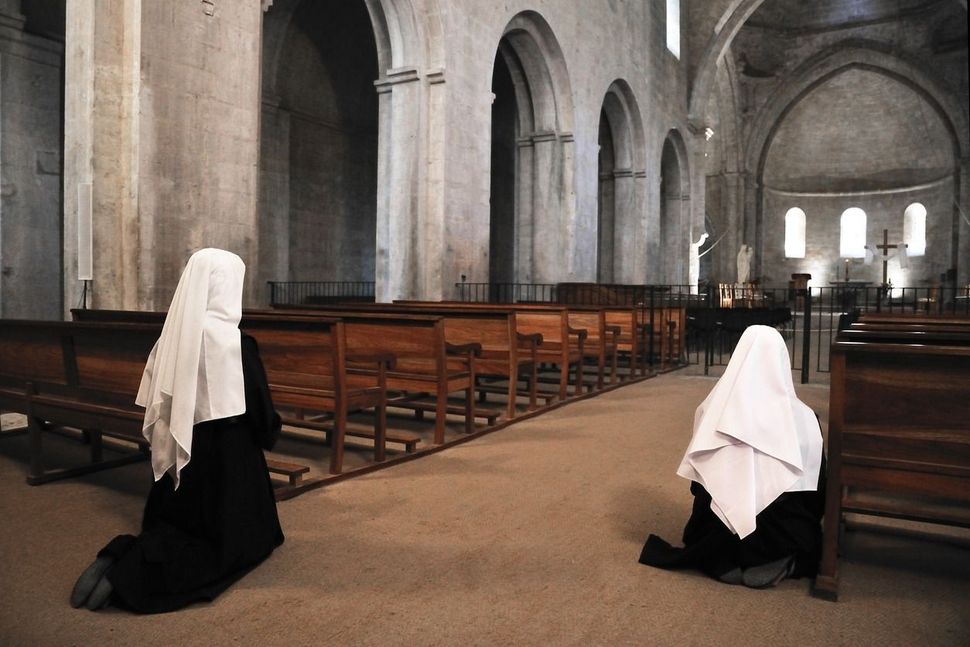 Housing prices are astronomical, belief in God is bottoming out, and America seems to have settled into an age of anxiety.

Time we get to a nunnery?

The New York Times recently ran a story about a group of millennial activists in the Bay Area who moved in with a group of nuns. The project, Nones and Nuns, moved young people in activism who identify as non-religious into a convent filled with Catholic nuns, to learn from each other as roommates over a six-month period. The “Nones” were led by Adam Horowitz, 32, who connected the millennials to the Sisters of Mercy. None of the “Nones” were practicing Catholics; a number were Jewish.

“So, what’s your spiritual practice?” the millennials asked the nuns.

“That’s the first question, not, ‘What do you believe?’” Sister Patsy Harney said. The nuns found that the millennials were begging for “rituals” as well as tight-knit communities, source texts, and lifestyles that fostered for ongoing “radical social justice” work, rather than intensive justice work followed by burnout. Also, cheaper housing.

Ah, life! If only there was some sort of, say, ritual and text-based religion that these people had been born into! Something that obligated good works and promoted the creation of communities based around shared values and practices.

A handful of Jewish and non-Jewish activists in the Bay Area are so at a loss for how to live that they temporarily moved in with nuns — they’re an extreme representation of a trend, but they still represent a trend. People are always searching. More and more, religion does not provide aid in that search. What’s salient here is not that Judaism is failing some people — Judaism has always failed some Jews — but that progressive expressions of religion are all in trouble.

Our stiff-necked people has always liked to see ourselves as separate, apart, chosen among the peoples. But in America right now, Judaism is in the same boat as all the other religions — millennials identify as the least religious of the last five generations, according to Pew Research. Less than 30 percent attend weekly religious services. But millennials are also found to be more spiritual — more full of awe and thanks, and more curious about life’s meaning — than other generations.

What Can We Learn From The Jewish Millennials Who Moved In With Nuns?