Sex And The City (of Gold): Sarah Jessica Parker Spotted Praying At The Western Wall 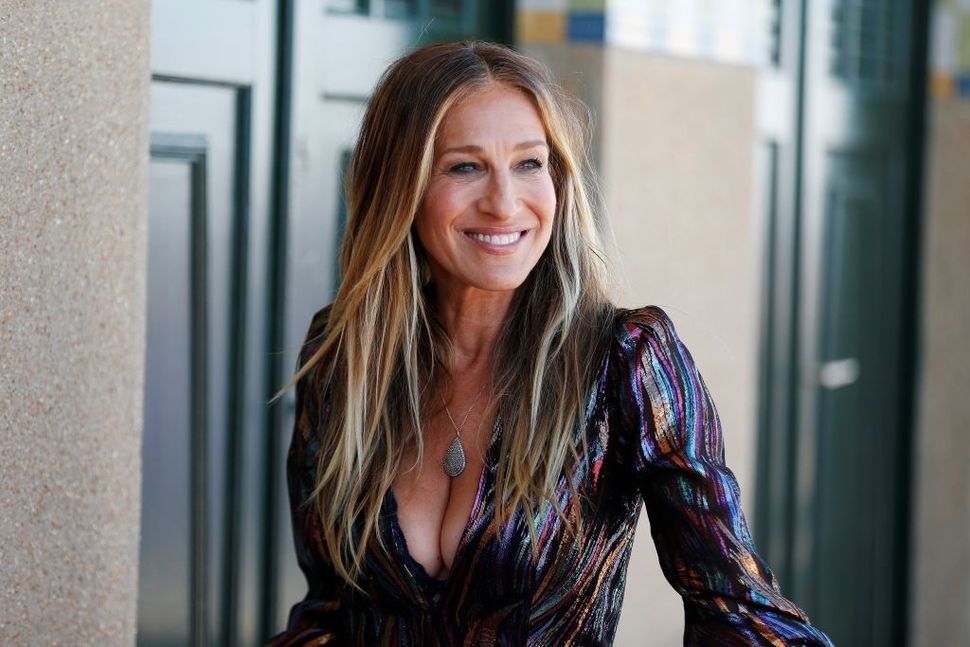 Carrie Bradshaw lives in New York. She’s visited Dubai with her khevre of girlfriends. And now she’s touring the Holy land of Israel with her mishpokhe.

Actress Sarah Jessica Parker visited the Western Wall on Tuesday, an Israeli celebrity blog noted. Parker and her family (her husband is the actor Matthew Broderick) are currently on a week-long excursion touring Israel, organized by Nadav Peretz, the owner of the gay tourism company Outstanding Travels, according to the Jerusalem Post.

The star of “Sex and the City” — and more recently of the HBO dark comedy “Divorce,” for which she has received an Emmy nomination — prayed at the holiest site in the Jewish religion surrounded by other women, likely placing a note into the crevices of the outer wall that once supported the ancient Jewish temple. She was also seen walking around the Old City with her family and taking in a little bit of shopping at the marketplace.

The actress and advocate was fashion-forward for her Holy Land travels, in a modest wearing a white midi skirt and a three-quarter sleeve white shirt.

(And maybe she was saying a little Tehillim while she was there?)

Parker and her family were also seen roaming the streets of Tel Aviv over the weekend, the Israeli website Walla reported.

Watching her stand at the holy site, we couldn’t help but wonder…maybe some conflicts just aren’t meant to be solved?

Just kidding. We wish Parker, Broderick, and their offspring a joyful and meaningful time in Israel.

Sex And The City (of Gold): Sarah Jessica Parker Spotted Praying At The Western Wall