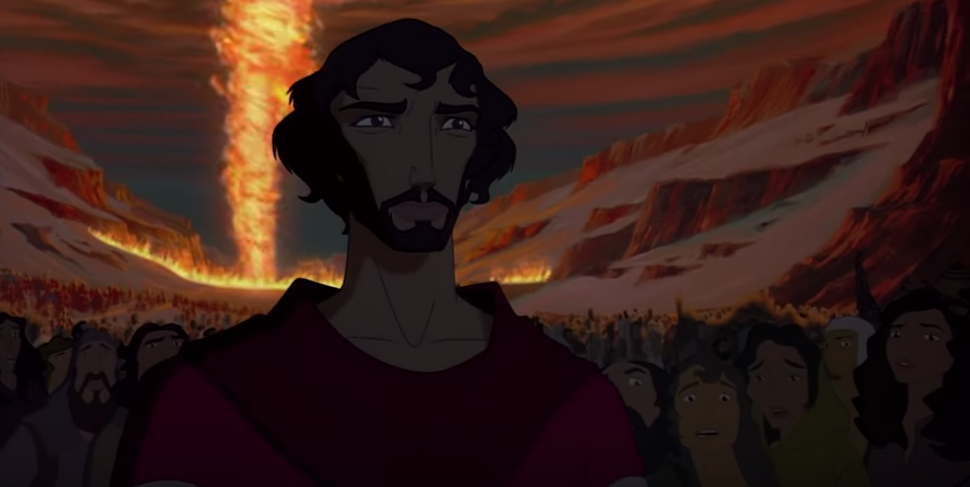 ‘The Prince Of Egypt’ won an Oscar for Best Song — will it head to Broadway? Image by youtube

Many nights we prayed with no proof anyone could hear — but now, faithful fans of the 1998 DreamWorks movie “The Prince Of Egypt,” may soon get proof that miracles happen when you believe.

The animated musical telling of the exodus story soared on screen (and then tape, CD, iTunes, and Spotify) thanks to the masterful music and lyrics of Stephen Schwartz, who went on to write “Wicked.” The hit movie — hummable, heavy on effects, and beloved by fans of The Good Book — scream-sings for a Broadway adaptation.

At last, fans will be able to see “Prince” in its full biblical proportions as a live stage musical, Playbill reports — in London, that is, on the West End. That’s Europe’s Broadway, which often feeds successful productions to New York, and vice-versa. The stage production of “The Prince Of Egypt” had its American premiere at TheatreWorks Silicon Valley, an acclaimed regional theater in Southern California. But the West End production, set to open February 2020, moves the musical to a new frontier. “You’re playing with the big boys now,” one might say. The show will be up for Olivier Awards (Britain’s highest theater awards,) will spawn a cast album, and will, of course, tempt producers looking to build pyramids out of Broadway profits.

Broadway loves to play it safe — a successful transfer of a beloved movie-musical that devout out-of-town-ers will shell out for seems like an obvious slam dunk. I mean, could it possibly fare worse than the “Beetlejuice” musical, the “Tootsie” musical, or the “Waitress” musical, all currently playing on the Great White Way?

Sing it like Mariah Carey and Whitney Houston did: There can be miracles when you believe…when you believe in the opaque business of live musical theater production. Be’ezrat hashem — if God wills it — perhaps Passover 2021 will “Deliver Us” a “Prince” production on Broadway. Or perhaps, we’ll be continue on with Broadway’s Ten Plagues — the half-baked movie adaptation, the jukebox musical, the star vehicle, the death of the indie musical after first previews, to name a few.

“The Prince Of Egypt” is one of the most successful modern attempts to convey Torah stories on a grand scale, and Broadway seems like its natural next stop. We’ll try to look at the situation through heaven’s eyes.