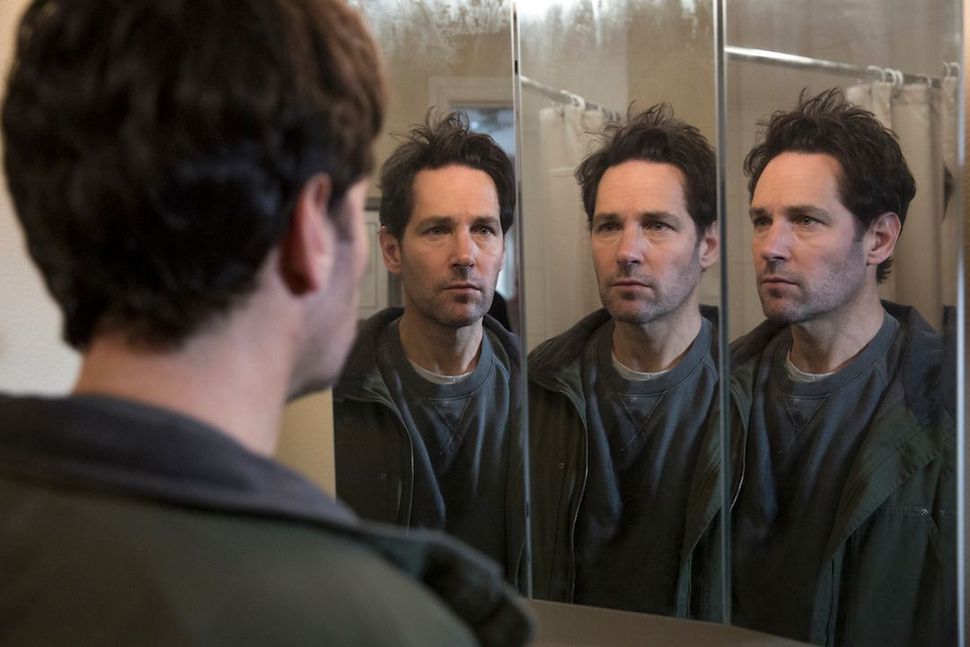 A still of Paul Rudd in ‘Living With Yourself.’ Image by courtesy of Netflix

It’s said that if you put two Jews in a room, you get three opinions. What happens when you try it with two Paul Rudds?

In “Living With Yourself,” a Netflix original show set to drop October 18, Rudd stars as a capital-S schmuck with bad hair named Miles. (Though frankly, he still looks like a kindly toothpaste model.) Fed up with his dead-end job and bummer life, Miles visits a spa whose mysterious treatments promise to make him “a better you.” When he wakes up, he’s been literally replaced by a doppelganger with better hair, better clothes, and a better personality — played by a well-cast Paul Rudd. (This Rudd has been returned to his full Dorian Gray glory.) Which one will get to live Miles’ life? Comedy, chaos, and charmingly homoerotic Paul-on-Paul action ensues.

The show’s premise recalls Netflix’s more gimmicky series, but the trailer piques our interest with some quiet cultural jabs. Miles’ disgust as his coworkers stagger around the office in virtual reality glasses is a slap in the face to noxious tech bros everywhere, while the sleek-but-seedy spa evokes the booming wellness industry, which rakes in billions by dangling the prospect of self-improvement before customers.

We’re hoping for more veiled snark and explorations of universal (and universally Jewish) themes like identity, insecurity, and endless aspiration. At the very least, we promise there will be no shortage of Paul Rudd.