‘Mrs. Maisel’ Season Three Trailer Asks: Can Midge Have It All? 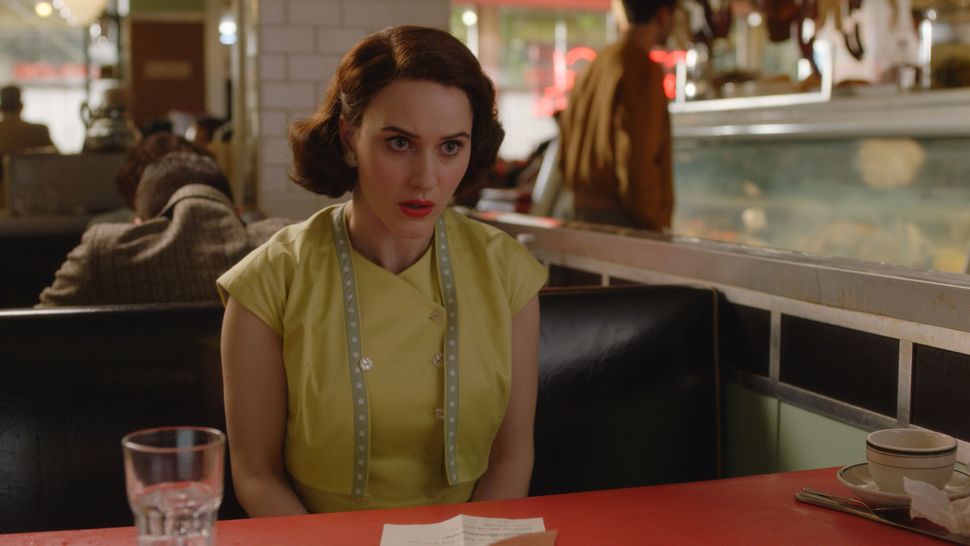 “I’m not a prostitute, I’m a comic,” a beleaguered Miriam Maisel insists in a new trailer for the third season of “The Marvelous Mrs. Maisel,” set to premiere on December 6. When her mother demands to know what the difference is, Midge snaps “Prostitutes get paid more.”

It’s not a conversation one dreams of having with a beloved parent. But from the looks of Monday’s newly-released trailer, the Emmy darling’s next installment will elicit some groans of recognition from women today (not to mention some envious sighs for those cute pillbox hats.)

When she’s not hustling for a raise or defending her chosen profession to her skeptical relatives, Mrs. Maisel is fending off guilt trips from her on-again-off-again husband, who makes querulous phone calls to kvetch about her absence. “I stepped up,” Joel says, sounding like a man who’s washed one dish and would like to be excused from chores for the week. Only one person seems to be wholeheartedly encouraging Mrs. Maisel in her meteoric ascent: a new character played by “Gilmore Girls” alum Liza Weil, who dispenses pep talks in cat-eye shades and generally looks like Paris Geller’s much more glamorous aunt.

“The Marvelous Mrs. Maisel” has become a household staple for its lovingly humorous portrayal of midcentury Jewish life. So it’s no surprise that the trailer unfolds to the song “Perfectly Marvelous” from the 1966 Broadway musical “Cabaret,” the brainchild of Jewish showbiz luminaries John Cander and Fred Ebb. Contemporary singer Sutton Foster, a longtime favorite of producer Amy Sherman-Palladino, recorded this lively version of the classic tune.

Come for the feel-good feminism, stay for the coats — because Mrs. Maisel never confronts her doubters underdressed. The array of outerwear in Season three is as spectacular as ever, from a periwinkle peacoat with a matching pillbox to a red silk wrapper we can only describe as the kind of thing you think you’ll find at a vintage store and never, ever do. Normally, The Schmooze relies on Kate Middleton for our daily coat fix—but today, we’ll just hit refresh on YouTube.

“The Marvelous Mrs. Maisel” will air on Amazon Prime on December 6. You can watch the trailer here:

Irene Connelly is an intern at the Forward. You can contact her at [email protected]

‘Mrs. Maisel’ Season Three Trailer Asks: Can Midge Have It All?