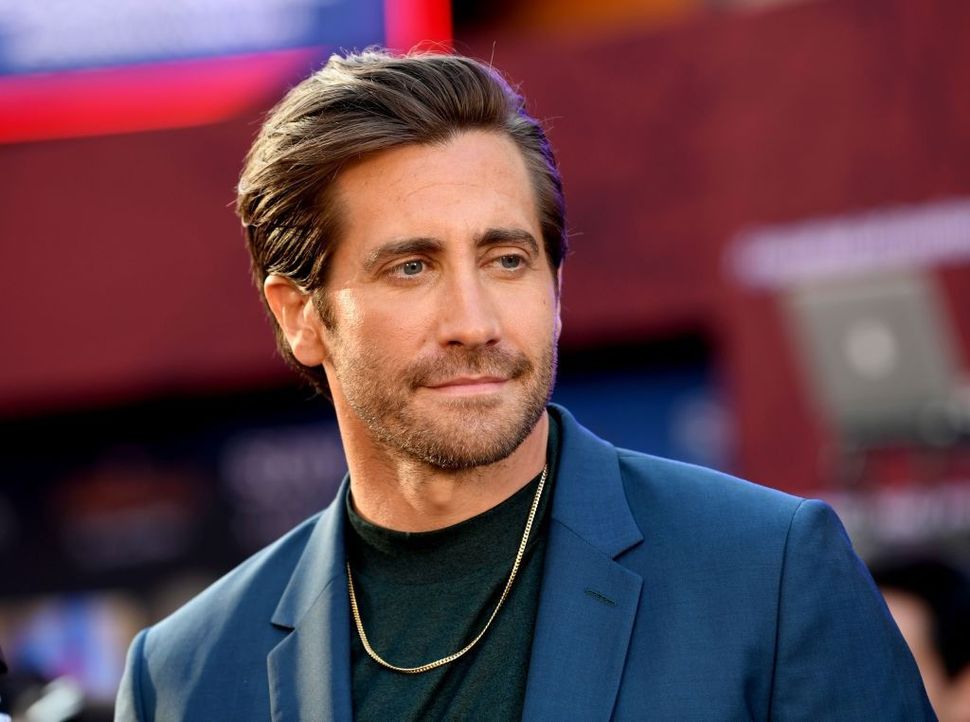 There he goes, humble dog-catcher Gyllenhaal Image by Getty Images

In what was almost certainly a real-life occurrence and not a highly produced marketing stunt by a perfume company, actor Jake Gyllenhaal rescued a dog from oncoming traffic in Manhattan last week.

Onlookers told Page Six that Gyllenhaal, who’s in New York for a Broadway run of the play “Sea Wall/A Life,” stepped into the busy street in Tribeca to grab a dog who had been separated from its distraught owner. The actor, who was reportedly walking with a lady friend (will this man stop at nothing to break our hearts?) apparently saw the dog in need and abruptly stepped into moving traffic to bring it back to safety.

Photographs show Gyllenhaal, dressed like a down-and-out dockworker and holding a thimble-sized coffee, handing off a giant dog to a woman on a Manhattan street corner. Though several publications reported that the dog in question was a Dalmatian, The Cut points out that it was, in fact, a Great Dane.

Hairy, mournful-looking, gambolling through life looking for treats, Gyllenhaal is, himself, pleasantly dog-like. “You don’t know until you devote your life to another sentient being like that,” Gyllenhaal told W Magazine in September, describing dog-ownership. “I love dogs, I just love them,” he added.

So the man loves dogs. Whoop-de-doo, he’s a member of a club that numbers in the billions. Nevertheless, we are charmed, and a little worried, by this news story about a man leaping into traffic to save an extraordinarily large dog.

Has Jake Gyllenbaal’s celebrity so affected him that he believes he is immortal? Or does Gyllenhaal value random dogs more than he does his own life? Or, did he confidently run into a street full of moving cars because stopping traffic is kind of a sport in New York City and there is a sense that a personal injury lawsuit could be fun and diverting?