A Documentary Film On Female Pleasure Misses The Spot 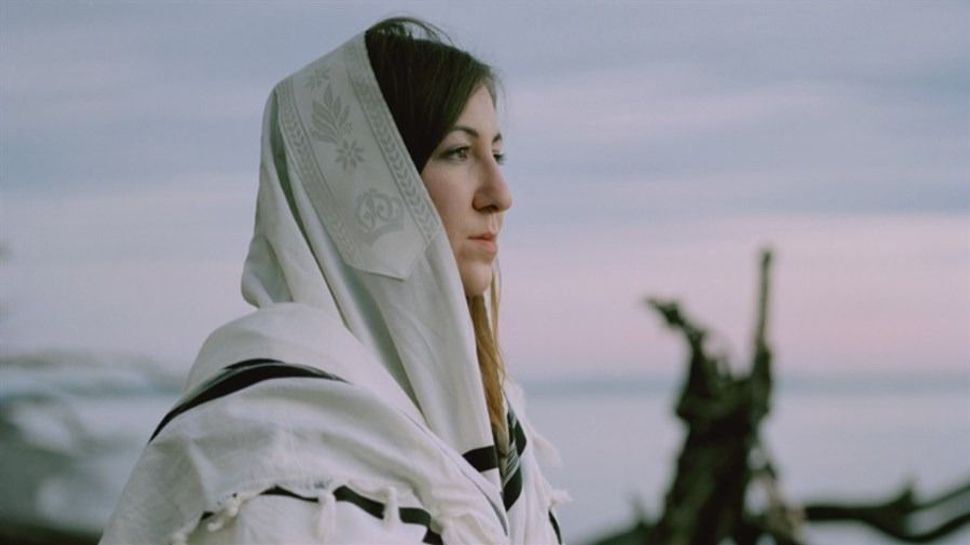 In an advertisement for Italian fashion house Dolce and Gabbana’s summer 2007 collection, a well-oiled model sprawls across the screen, her face evincing well-lipsticked resignation as a group of equally well-oiled men pin her skeletal, stilettoed body to the ground. If the designers had set out to create an illustration for a thought piece on the male gaze, they couldn’t have done better. Critics said the ad simulated a gang rape, and the brand eventually pulled it from most publications.

Now the shot features in the opening of #FemalePleasure, a documentary which poses a compelling (if not exactly original) question: Why is female sexuality so rarely celebrated and so frequently exploited and stigmatized?

The film, which premiered in Europe in 2018 and made its New York debut in October, follows five women who are either breaking away from patriarchal communities or returning as activists to reform them. Psychotherapist Leila Hussain fights female genital mutilation (FGM) in Britain and her native Somalia, Indian activist Vithika Yadav pioneers progressive sex education programs, former nun Doris Wagner writes a book about the sexual abuse she endured within the German Catholic church.

In perhaps the film’s funniest and most absurd storyline, Japanese artist Rokudenashiko faces trial for obscenity after making a 3D model of her own genitalia and using it to construct – among other things – a vagina-shaped sculpture of the Fukushima nuclear disaster and a vagina-shaped canoe. Witnessing Rokudenashiko’s hard-nosed lawyers conduct a press conference with several of her vagina-shaped finger puppets lined up in front of the microphones was in itself enough to justify the ticket.

But the speaker most recognizable to Forward readers is probably Deborah Feldman, a writer who grew up in Brooklyn’s Satmar Hasidic community and has subsequently written two memoirs, “Unorthodox” and “Exodus”, about her decision to build a new life in the secular world. In measured tones, Feldman relates the shame and anxiety she endured as a teenage bride facing her first sexual experiences with almost no understanding of her own body. More broadly, she takes aim at serious issues within the Hasidic community, from stigma surrounding menstruation to the plight of women who lose their children after leaving the fold, because courts often require them to observe religious law in order to maintain custody.

But Feldman sometimes strays from making compelling critiques to demeaning Hasidic Jews. Currently living in Berlin, she returns to Williamsburg with her ten-year-old son and cruises through her erstwhile neighborhood. “What do you think?” she asks, explaining to him that she used to dress just like the people he sees on the sidewalks.

“Oh my God,” says the boy, looking out the window. “They’re so weird.” It’s an understandable response from a kid venturing out of his comfort zone, but hardly a nuanced stance for an adult trying to make sense of a complex, flawed community.

Feldman, who later claims that there is no word for “tenderness” in the Yiddish dialect with which she grew up, is not alone in characterizing conservative societies as lacking the most basic human values and in tarring all religious people with the same patriarchal brush. In another scene, Yadav states that “the concept of love does not exist in India.” Later, the film shows Hussein, who sometimes wears a head covering, riding a London bus; as she explains that women’s sexual freedom is a radical idea in many traditional societies, the camera shifts to focus on a nearby woman wearing a hijab, evidently unaware of her new status as poster-girl for oppression.

The fight for gender equality is complex precisely because it requires women to critique cultures, institutions, and relationships in which they are deeply enmeshed and which they may value. As religious women gain more visibility, other works – such as Goldie Goldbloom’s novel On Division – explore what it means to be both deeply invested in a religious community and deeply unsatisfied with the sexism embedded within it.Yet by portraying Hasidic and other conservative societies as fundamentally dystopic, the documentary ultimately trivializes the work of reform and the difficult decisions faced by those who choose to leave.

This approach also gives short shrift to misogyny in the secular world. As the Dolce and Gabbana ad proves, you don’t need religion to exploit women. And even as the classically sexist advertising of the 2000s has given way to campaigns centered around half-hearted notions of female empowerment, many ostensibly progressive societies have yet to eradicate stigma around female sexuality. #FemalePleasure encourages secular viewers to lay all the blame with organized religion — rather than examining the discomforting reality of life in their own communities.

As the documentary draws to a close, Feldman participates in a photoshoot intended to challenge stereotypical depictions of Hasidic women. Disrobing next to a German lake, she wraps herself in a tallis, a garment whose use (within the Hasidic community) is restricted to men and wades into the water, gazing over her shoulder at the camera. It’s a strikingly muddy ending note for a film that began by pointing out the superfluity of men taking photos of naked women. Is this problem best solved by more men taking more photos of more naked women?

Irene Connelly is an intern at the Forward.

A Documentary Film On Female Pleasure Misses The Spot