It’s Not Your Bubbe’s Drag Show 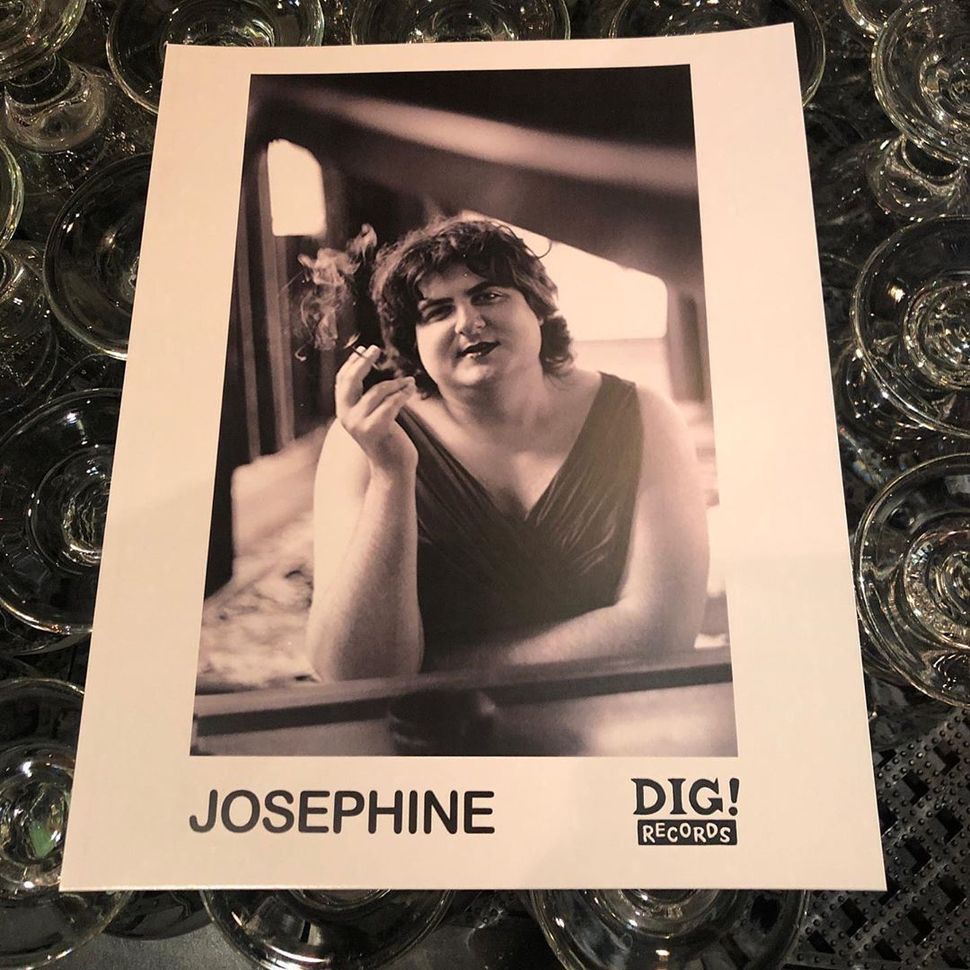 It’s after midnight — long past the bedtime hour for most bubbes — when Josephine steps onstage with her guitar. Her slightly disheveled red jumpsuit looks like it once belonged to an Elvis impersonator. But the feathered curls she sports are reminiscent of a woman of a certain age, the kind who never misses Shabbos prayers and never fails to bring a kugel for the oneg.

“Your father loved this song,” she says in a thick Bronx accent, eyeing the audience mischievously. But when the crowd giggles, she shakes her head in knowing resignation. “You think he was such an angel? Think again.”

The drag frontwoman of the eponymous band The Josephine Network, Josephine is closing out the night at LQQK, a showcase of queer artists in Brooklyn. After three hours of performances, the crowd is flagging, but heads pop up when Josephine launches into her set. She’s coined the term “soul-gum” to describe her signature sound, a blend of upbeat bubblegum pop instrument with emotive soul melodies. Crooning the first chorus, she stares dreamily into the distance, as if searching out a nice Jewish boy for her granddaughter.

“I used to slow dance to this in the 70s,” she breathes as the last chords die away.

The Josephine Network is a new creation, first performing in early 2019. But Josephine’s daytime alter-ego, Brooklyn-based musician Joey Farber, is no stranger to the music world. Their father coached them through their first chords – the opening bars to the Isley Brothers’ “Shout!” – at the age of twelve. As a teenager, Farber and their friends employed what must have been some considerable chutzpah to charm their way into Brooklyn bars and open-mic nights. In their early twenties, Farber played guitar in the glam band Velveteen Rabbit. Now, they’re preparing to embark on a European tour with another rock group, Brower.

Still, even while they flourished as a musician, something was missing. “I would struggle – or just get bored – with being a guy onstage,” they said. “That’s not fully me, anyway.” With the help of other performance artists they conceptualized Josephine, a grandmotherly drag character who intersperses eclectic ballads with tiny sketches of Jewish life just as she mixes sequined jumpsuits and leopard print with prim kitten heels and brunette locks. 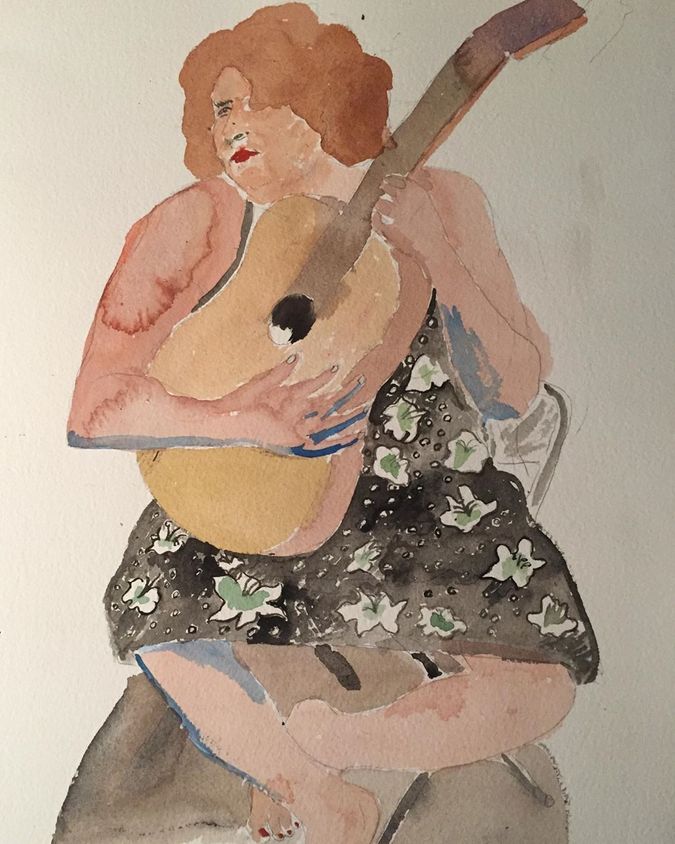 Josephine is gaining traction, performing at occasions from drag shows to weddings. Image by Joey Farber

Josephine’s character is rooted in Farber’s Westchester childhood home, where their parents “casually dropped Yiddish all the time.” Their upbringing shines through in the Yiddishisms Josephine herself drops between songs, which can make even the most diligent bat mitzvah student feel clueless. No passe jokes about kvetching or kvelling spring from Josephine’s lips; instead, she educates her audience (and this reporter) on the difference between shpilkes, immediate worries, and tsures, existential ones.

But – like the good grandchild they are – Farber reserves most of the credit for their bubbe. A painter of “deep, emotive pastel portraits,” Farber’s grandmother was also “very much a social butterfly wanting to know everyone’s gossip.” Her insistence on valuing seemingly contradictory aspects of her personality showed Farber they could be both a “serious” songwriter and an unapologetically kitschy, fun-loving performer.

Now, Josephine is gaining traction, performing at occasions from drag shows to weddings. Her first album is set for release on no less holy a date than the eighth night of Hanukkah. “There’s a force propelling Josephine beyond my control,” says Farber, adding that it feels like a fitting time to bring such a glitzy, glamorous act to the music scene. “It’s about to be the roaring twenties again,” they point out.

Josephine’s act plays on tropes of Jewish women: the martyred balabusta, the busybody safta. But her appeal reflects a cultural moment in which older women are claiming space for themselves – and their mannerisms – in the public sphere. Ruth Bader Ginsburg’s dry competence has spawned untold quantities of online memes, while style guru Iris Apfel signed her first modeling contract at the age of ninety-seven. Finally, acting like a safta can add to your cool factor.

Or as Josephine puts it, “A character is a cliche. But if you fuck with the character, it becomes interesting.”

It’s Not Your Bubbe’s Drag Show