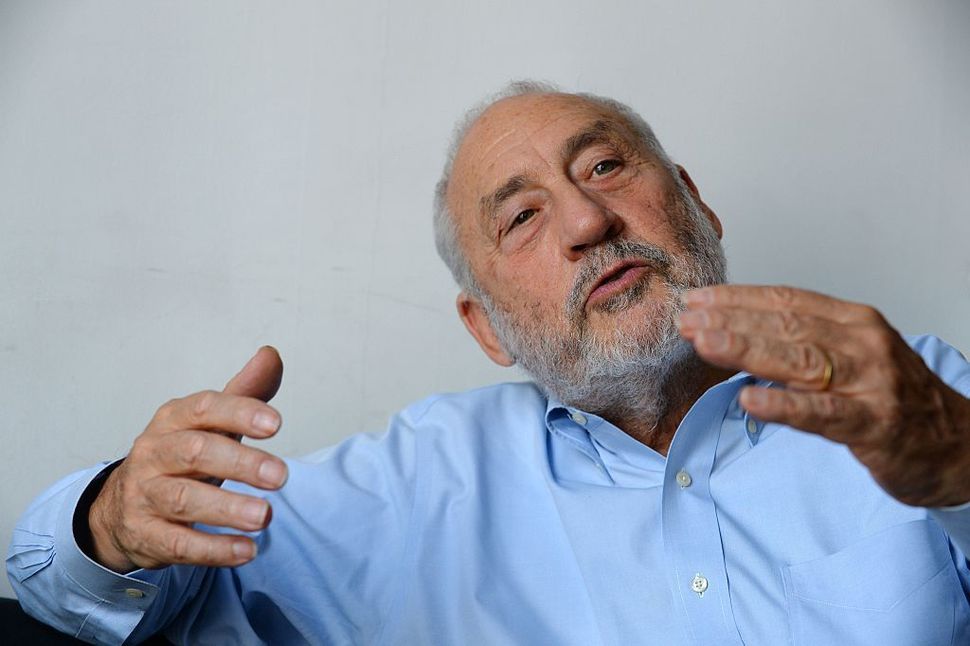 Addressing a packed auditorium in the World Economic Forum in Davos, on the first morning of the conference, President Trump painted a rosy picture of the American economy, crediting his administration’s policies with achieving “an economic boom the likes of which the world has never seen before.” It’s true that unemployment is currently at 3.6%, the lowest it’s been since 1969. This statistic is expected to be one of Trump’s major talking points as election season ramps up.

But others argue that this much-hyped number is misleadingly positive and ultimately obfuscates the economic hardships facing middle class and low income Americans. To counter the president, Joseph Stiglitz — a Nobel Prize-winning economist who’s a prominent critic of free-market capitalism — came up with his own numbers, penning a memo that places not growth but growing inequality at the heart of American economic life.

What’s more, the memo made its way directly into the hands of Davos attendees thanks to Stiglitz’s wife, Columbia professor Anya Schiffrin. Armed with printouts, she prowled the audience during Trump’s speech.

Protesting Trump’s talk by passing out leaflets penned by @JosephEStiglitz in Davos pic.twitter.com/HuPUu36rQ8

Among Stiglitz’s claims: despite low unemployment, 44% of Americans are employed in low-wage jobs that pay less than $18,000 a year. The median wage of a full-time male worker is still 3% less than it was forty years ago, and “little progress has been made in reducing racial disparities” in wages. And by 2026, when Trump’s 2017 tax cut takes effect, taxes will increase for “almost 70% of middle-income families.”

Recipients posted pictures on the handout on Twitter throughout the morning. “This is what I call teamwork,” commented Washington Post Global Opinions editor Karen Attiah. There may only be a few years before climate change, in Stiglitz’s own words, “roasts” us all — but in the meantime, true love is not yet dead.

Now, this is what I call teamwork!

Nobel-prize winning economist @JosephEStiglitz wrote these leaflets setting the record straight about the economy under Trump.

Davos draws its attendees from across the political spectrum, but because they tend to be world leaders and economic titans at the top of the economic ladder, the forum has weathered (in other words, successfully ignored) charges of indifference to the reality of those of us who cannot be categorized as world leaders or economic titans. In 2018, Stiglitz himself wrote a scathing critique of the forum’s “greed is good” ethos, arguing that “these economic elites barely grasp the extent to which this system [globalization] has failed large swaths of the population.”