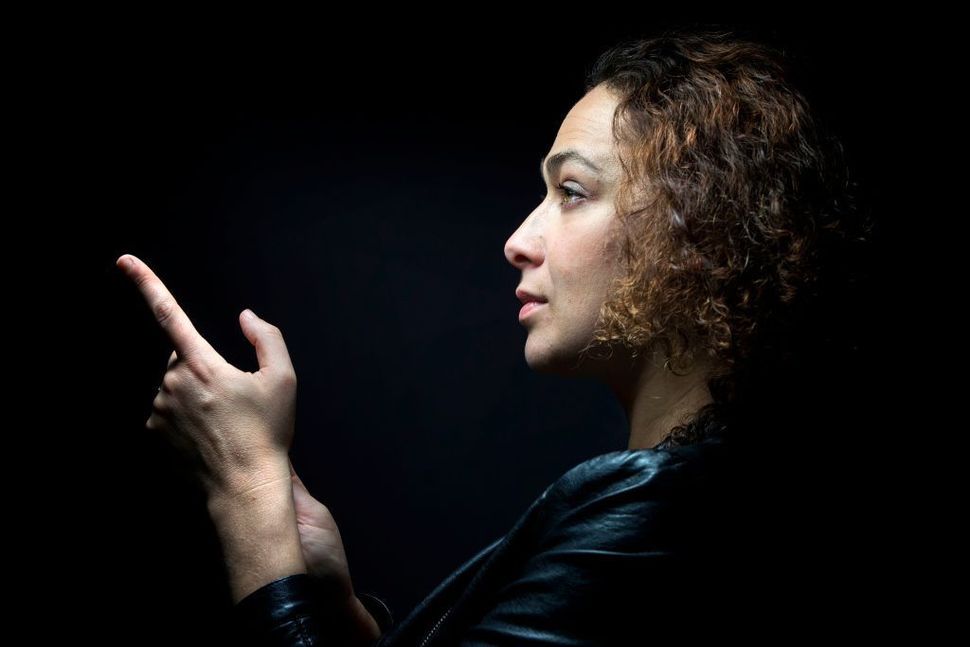 Who doesn’t love a rabbi in a leather jacket? Image by Getty

From Simone de Beauvoir’s swashbuckling feminism to Agnes Varda’s ombre hair, France basically invented the alt-cool female intellectual. So when a leading intellectual appears on the cover of a fashion magazine, you can bet it’s happening in the country of liberté, égalité, and — today, at least — sororité.

And to those who have followed the career of Rabbi Delphine Horvilleur, it’s not exactly a surprise to see her on the cover of ELLE France, manspreading (no — let us say, rabbi-spreading) like she was born in a cerulean blazer, ready to bring Jewish wisdom to the masses. This month, the 45-year-old rabbi talked to the magazine about living and working in a country where anti-Semitism is on the upswing and the Jewish community is sometimes inhospitable to female leaders. Unless you live in Paris, you won’t be able to snag a commemorative copy at our local newsstand. But we can give you the lowdown on Horvilleur’s path to rabbinical rock star-dom and the many things besides being photographed at which she excels — because, of course, you can’t judge a woman by her magazine cover.

Horvilleur has written four books, but it’s her most recent one that has made her a staple in the French literary scene. Her “In Refelxions sur la Question Antisemite” (“Reflections on the Question of Anti-Semitism”) takes its title from an essay from Jean-Paul Sartre. In it, she explores the intersection of racism and anti-Semitism and grapples with an uptick in French anti-Semitic incidents in the past few years — a reckoning that American Jews are just beginning to have.

She was present at the murder of Yitzhak Rabin.

At the age of 17, Horvilleur went to Israel to attend medical school and quickly became involved in the left-wing party Meretz. She described those years as a period of “great hope,” and attended the rally in support of the Oslo Accords where a right-wing extremist assassinated Rabin. The ensuing political turmoil was disillusioning for Horvilleur, who, fortunately for the rabbinate, stopped studying medicine.

She had her Jewish awakening in America.

While we will forever mourn that ours was not the ELLE that snagged her, we can say that the American Jewish community nurtured Horvilleur’s Jewish thought, and even made it possible for her to be a rabbi. When Horvilleur became interested in studying Talmud, she found that at most institutions in France (where Reform Judaism is far less established than in the United States) classes were closed to women. She headed to America, which she described as a friendly “tower of Babel” where she could pursue her studies alongside men — or leave them behind completely in a women-only yehsiva. And it was an American rabbi who first suggested she consider ordination herself. “The woman’s place today is not the same place as 2,000 years ago,” Horvilleur told Haaretz. “She must be included in the discourse.” 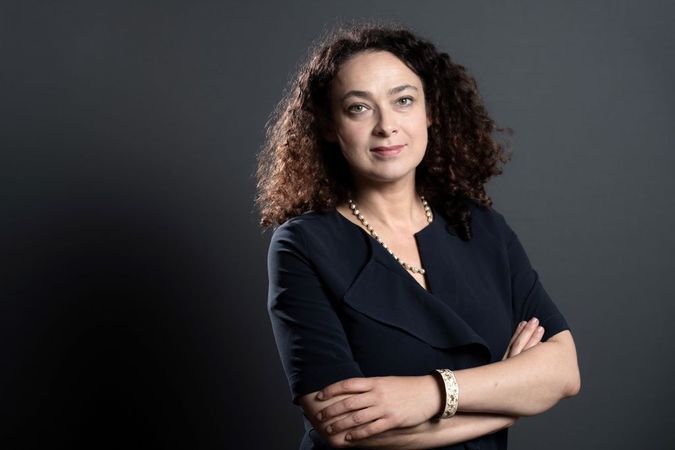 Rabbi Delphine Horvilleur is one of the few female rabbis in France. Image by Getty

She’s at the forefront of liberal Judaism in France.

Horvilleur is a rabbi at the Liberal Judaism Movement of France, an egalitarian Paris synagogue. While she says that over 1,000 families are members — an impressive figure by any standard — the movement is still in its early days and remains unrecognized by the French Orthodox establishment.

Horvilleur has long been fascinated by the friendship between Simone Veil, a lawyer who spearheaded the legalization of abortion in France, and pathbreaking filmmaker Marceline Loridan-Ivens — two women who met while imprisoned in Auschwitz and remained close throughout their tumultuous lives. Horvilleur dedicated her most recent book to the two “daughters of Birkenau,” whom she considers her intellectual predecessors. She prayed at the funeral of Loriden-Ivens, a personal friend, and officiated Veil’s funeral alongside French President Emmanuel Macron.

She really was a professional model once — but don’t bring it up now.

Horvilleur didn’t arrive at her Elle cover shoot totally unprepared — she briefly worked as a model in order to finance her studies. It’s far from the worst side hustle we can think of, but Horvilleur dislikes the outsize attention this episode in her life now receives, especially given her much more significant intellectual accomplishments. She argues that such focus on a woman’s appearance, even when it’s ostensibly positive, is a way to limit her authority. She told Haaretz firmly that whenever someone adds “model” to her Wikipedia page, she removes the reference.