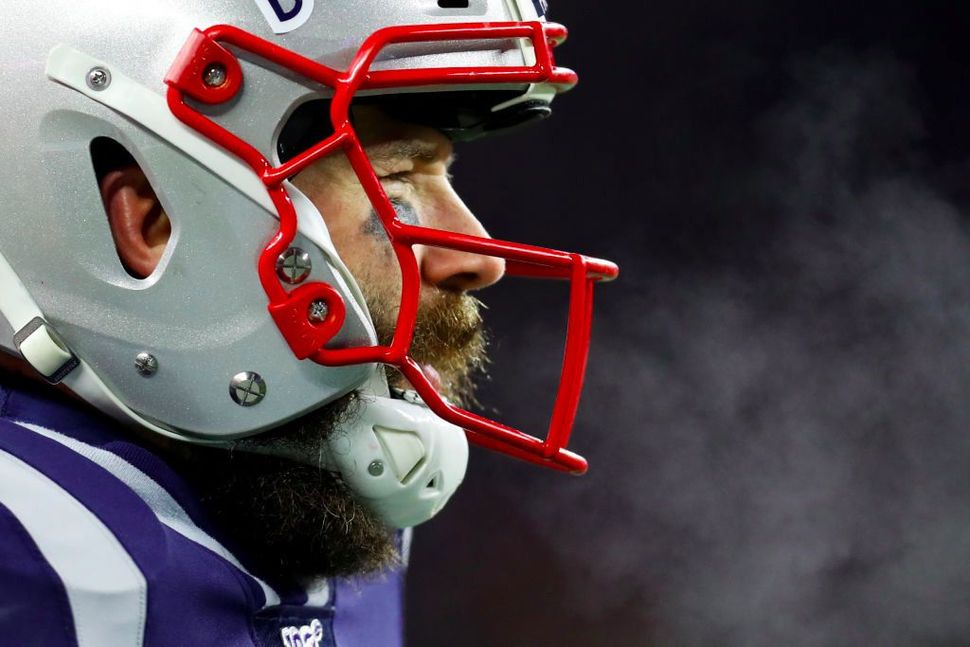 After a football player shared anti-Semitic quotes on Instagram, his Jewish colleague invited him to visit a Holocaust museum, “grab some burgers, and have those uncomfortable conversations.”

In a video posted to Twitter on Thursday morning, Julian Edelman, a wide receiver for the New England Patriots, addressed Philadelphia Eagles wide receiver DeSean Jackson, who on Monday posted quotes to social media accusing Jews of planning to “blackmail” and “extort” America.

“I’ve got nothing but respect for [Jackson’s] game,” said Edelman, who wore a Star of David pendant while addressing the camera. “I know he said some ugly things but I do see an opportunity to have a conversation.”

He suggested that he and Jackson spend an afternoon educating themselves by visiting two Washington, D.C. museums that reflect their respective backgrounds: the Holocaust Memorial Museum and the National Museum of African American History and Culture.

“We need to have those uncomfortable conversations if we’re going to change,” he said.

The quote Jackson shared, which was attributed to Adolf Hitler but deemed inauthentic by fact-checking website Snopes, said that “because the white Jews knows that the Negroes are the real Children of Israel and to keep Americas secret the Jews will blackmail America.” Jackson later apologized on Instagram, promising to “consider my words and actions moving forward.”

While Edelman was raised in a Christian household, he began to identify as Jewish as an adult after learning more about his great-grandfather’s Ashkenazi heritage. After the 2018 Pittsburgh synagogue shooting, he wore cleats with Hebrew writing to memorialize the victims, and he told Los Angeles Magazine that he speaks regularly to a rabbi and plans to have a bar mitzvah.

In the video, he spoke about becoming more aware of anti-Semtism as he embraced his Jewish heritage, revealing that he’s been called a “kike” on the football field. He also expressed support for broader anti-racist causes. “Even though we’re talking about anti-Semitism, I don’t want to distract from how important the Black Lives Matter movement is,” he said.

Non-Jewish football players have also spoken out about the incident. On Twitter, Pittsburgh Steelers offensive tackle Zach Banner addressed the “mindset” that sparked Jackson’s post, urging fans not to “leave another minority race in the dark” and choking up when he recalled the synagogue shooting that took place in his home city.

“Change your heart, put your arm around people, and let’s all uplift each other,” he said.