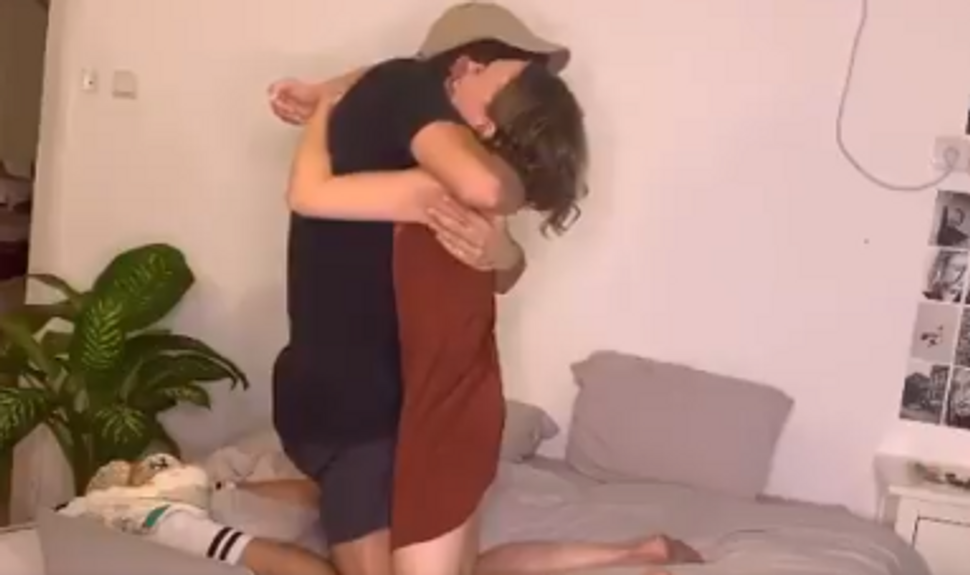 One of the time-honored traditions of any awards season is watching actors pretending to be caught totally off guard by news of their nominations. Desperate to seem “chill” and “relatable,” these celebrities want us to believe that they are too busy running errands or watching tennis to pay attention to the highest prizes in their craft.

Not so for “Unorthodox” stars Shira Haas and Amit Rahav who, like reasonable people, spent yesterday morning waiting with bated breath to see if the Netflix series, which follows a young Hasidic woman as she leaves her Williamsburg community for a new life in Berlin, would snag an Emmy nomination for Best Limited Series or TV Movie.

Reluctant spouses on the show, they’re also real-life neighbors in Tel Aviv, and they watched the virtual nominations announcements from a laptop propped on Haas’s bed. They may look like your average hyper-photogenic couple effortlessly rocking silk loungewear in the middle of the afternoon, but they’re as tense as anyone should be who may or may not win a huge award. You can see Haas perk up and deflate when a nomination for the series “Unbelievable,” titled similarly to “Unorthodox,” is announced. And when they find out that “Unorthodox” really is in the running, they make some of the craziest noises the Schmooze has ever heard.

As Evan Ross Katz, the writer who posted the video put it, “This is so pure.”

This is so pure: UNORTHODOX stars Shira Haas and Amit Rahav react to the show’s eight Emmy nominations including Best Limited Series and Best Actress, Limited Series or TV Movie for Haas. pic.twitter.com/m0f99YIscy

Haas, who was also nominated for Best Actress in her category, spoke to a series of breathless interviewers in the hours after her nomination was announced and sounded as adorably astonished as she was in the video. Asked if she expected to receive her first Emmy nod by the age of 25, she replied, “The answer is definitely no, but I feel so very, very grateful. And I always believed in the show, but I’m surprised, to be honest.”