$%*! We did the math: Here’s how often Adam Sandler swears in “Uncut Gems” 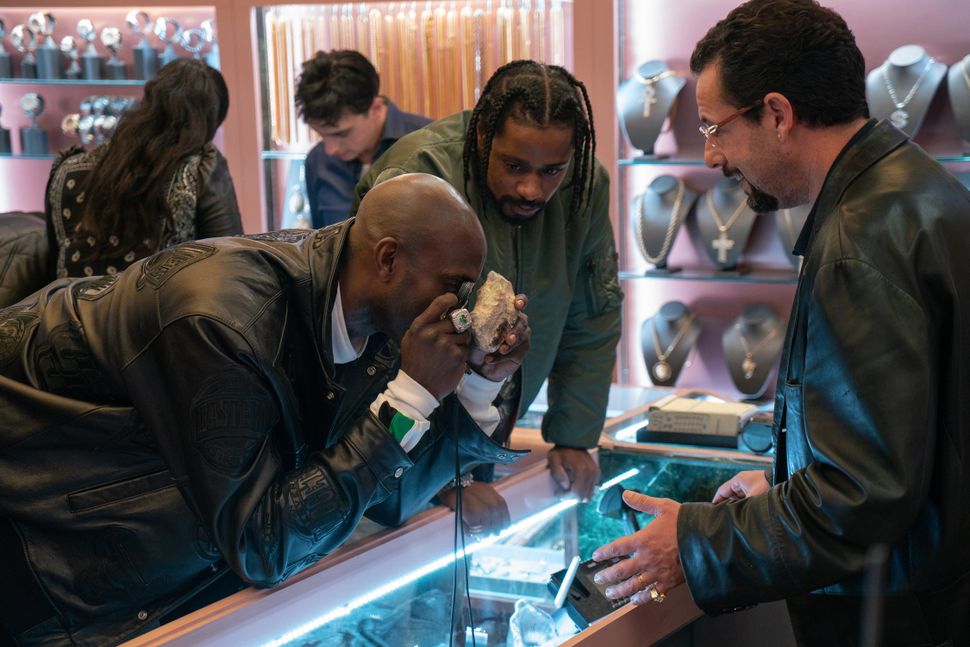 Kevin Garnett, Lakeith Stanfield and Adam Sandler in “Uncut Gems.” Image by Courtesy of A24

The reviews that accompanied the release of “Uncut Gems” covered a lot of ground. They touched on Sandler’s not-totally surprising virtuosity as sympathetic dirtbag Howard Ratner, the film’s nods to the exploitation embedded in the diamond industry, and the disturbing possibility that non-Jewish viewers might leave theaters believing that all the chosen people wear un-rimmed glasses and are at war with several loan sharks at once.

But there was one vital question they left unanswered: exactly how many times do characters in the Safdie brothers’ agita-inducing coup de grâce utter the f-word?

Thanks to a supercut recently released by Netflix, we can now tell you that the answer is 560. Yes, just as the Schmooze signaled she had reached maturity dropping f-bombs at her family dinner table, Sandler flipped the bird to everyone who told him to stick with comedy by enunciating the word in question approximately every 15 seconds in the most serious movie of his career.

UNCUT GEMS has the 4th most F-bombs in movie history, and yes before you ask, here’s all 560 of them pic.twitter.com/sPJj0Ax1Nt

It may look like a record-breaking number. Unfortunately, “Uncut Gems” ranks a dismal fourth for use of the f-word in feature films. (“The Wolf of Wall Street” is a narrow third with 569 profane utterances. First and second prize go to two films about swearing we’ve never heard of, probably for good reason.)

It’s a fitting proximity to prestige to a truly triumphant film that debuted to nigh-universal acclaim, only to be brutally, bafflingly snubbed at the Oscars.

We bet he won’t give up the swearing.

$%*! We did the math: Here’s how often Adam Sandler swears in “Uncut Gems”