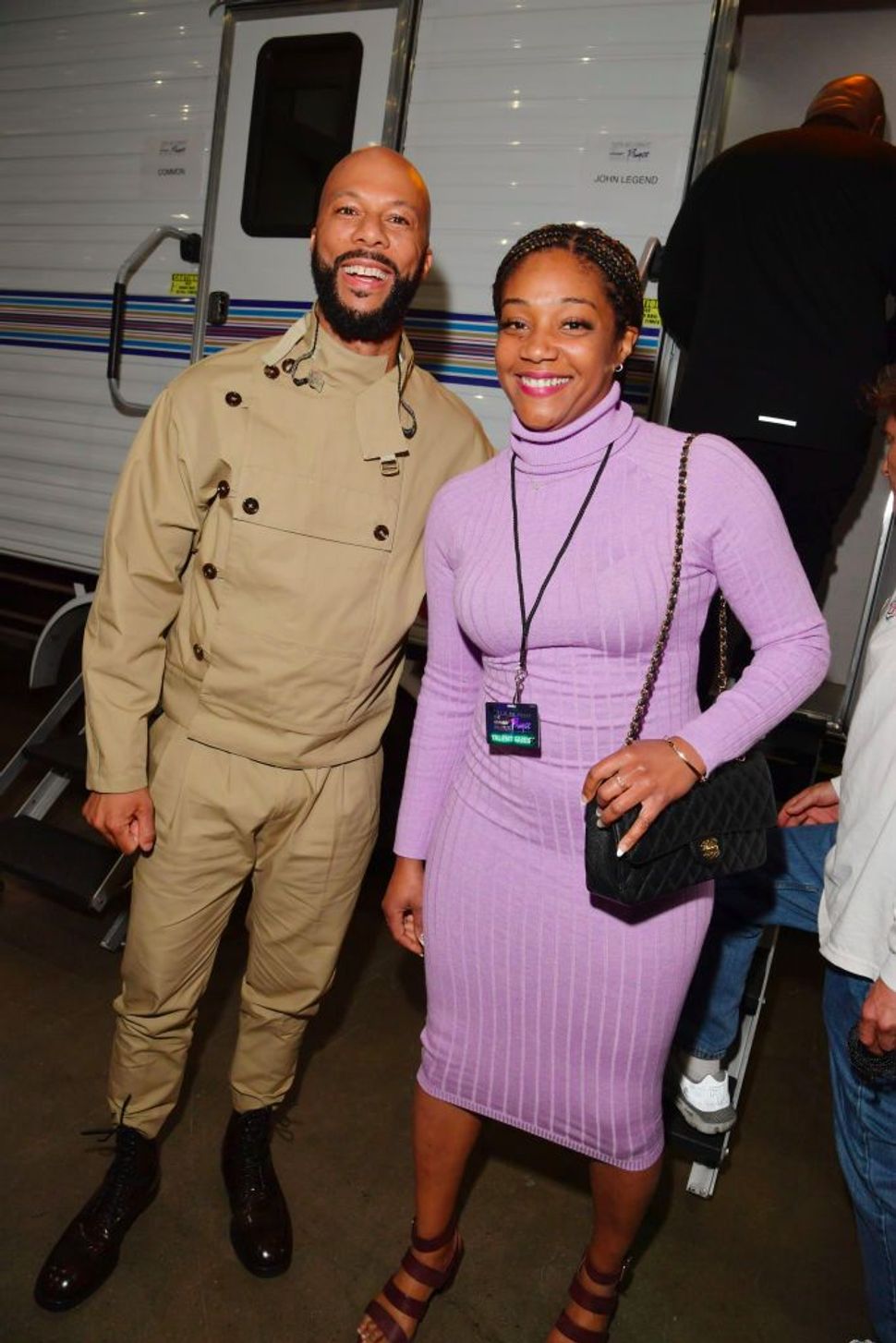 Haddish and Common at the Grammy Awards in January 2020. Image by Getty

It’s either a quarantine love story…or a truly immersive ad spot for Bumble.

On the latest episode of the podcast Steve-O’s Wild Ride, Tiffany Haddish put an end to months of speculation by confirming her relationship with the rapper Common.

“I’ve lost 20 pounds since I’ve been in this relationship,” Haddish told her host. “I feel more confident in me and it’s not him that’s doing it. I’m just way happier and it’s like knowing I got somebody that cares about me, that really has my back.”

While Haddish first met the Grammy-winning rapper in 2019, when he played her love interest in the mob-wife film “The Kitchen,” they were first linked (pseudo-)romantically in April, when they appeared in a promotional video for Bumble, drumming up interest in the app’s new “virtual date” function. (While making this look even remotely appealing is a Herculean task, when Haddish pointed out that one need not wax one’s eyebrows before a virtual date, the Schmooze was almost enticed.)

The two-minute video they produced, which included flower deliveries, earnest pleas to support local businesses, and a plan to send takeout to frontline workers, seemed like pretty standard manufactured buzz. But it turned out to be only too real — because, contrary to the star-crossed shtick, Haddish and Common have been quarantining in the same house for months. In April Deadline noted that the two appeared at a virtual fundraiser sitting on the same couch. Later, Page Six reported that while Haddish chatted via Instagram Live with Dwayne Wade and Gabrielle Union, Common was doing dishes next to her.

Are they protesting late capitalism by accepting corporate money only to expose the pernicious falsity of modern advertising? Are they on a mission to eliminate toxic masculinity by showing the youth that real men do their own dishes? Are they so eager to show off bae that they don’t care whether their virtual social life embarrasses Bumble?

The Schmooze doesn’t know the answers to any of these questions. Here’s what we do know. “We’ve been f—king,” Haddish very candidly revealed to Steve-O — but only after getting tested for coronavirus first.

That could be a promotional spot in itself — we can’t wait to see the lovebirds partner with Dr. Fauci.