How did this famous Hasidic mantra end up on Kim Kardashian’s instagram? 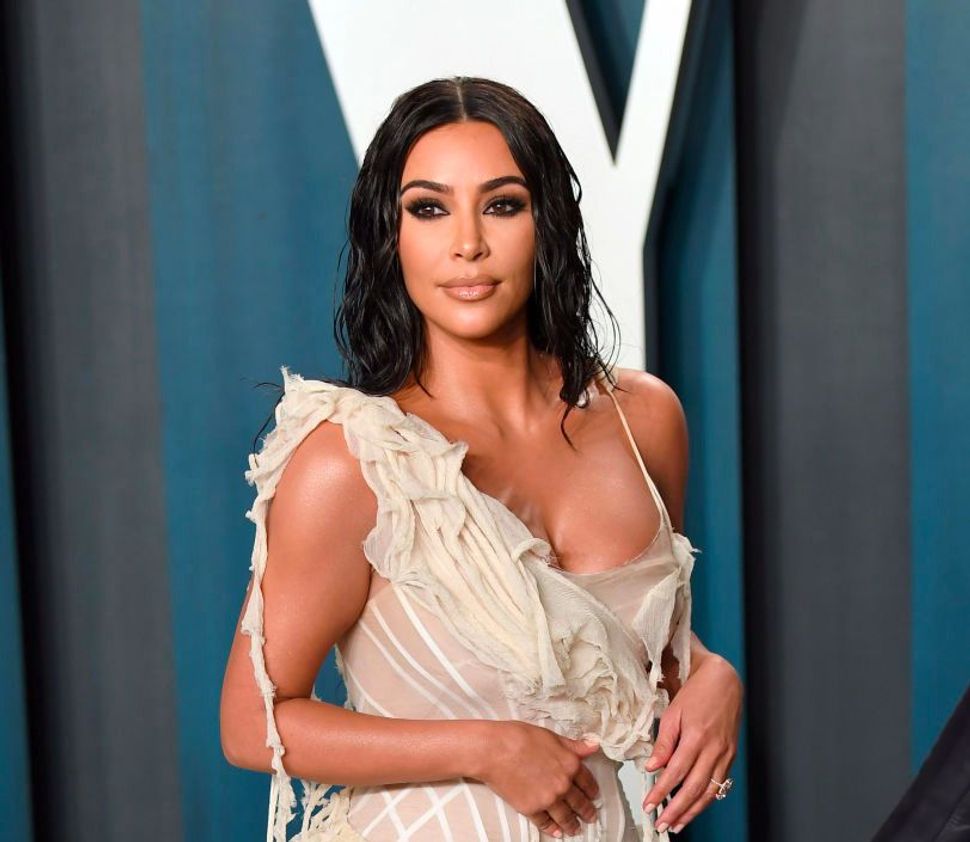 Kim Kardashian is relaxing with the help of Hasidic Jewish meditation practices. She just might not know it.

Jews scrolling through Kardashian’s Instagram story stopped short at a glimpse of clunky Hebraic font — you know, the kind pressed into service when someone wants to hawk a vaguely Jewish product without actually mentioning Judaism. Squinting closer, they discerned an animal-skin pouch that rightly belongs somewhere in the Harry Potter universe and a glossy card with the phrase “na nach nachma nachman meouman.”

That tongue twister will look familiar to many in the Hasidic world. A kabbalistic-style meditation devised in the early 1900s, it’s popular among members of the Breslov Hasidic movement. There’s even a small Hasidic sect known as Na Nach that takes its name from the meditation. But what was the mantra doing on Kardashian’s feed?

In fact, the reality TV star was showing off an amulet created by haute Los Angeles jewelry designer Jacquie Aiche, whose “Blesslev” collection is inspired (maybe, sort of, tangentially) by Breslov practices. Branded as “a daily source of gratitude” and “an amulet of protection,” items from the collection retail for as much as $615 and look like something a village crone sewed to ward off the bubonic plague. With each purchase comes a printed version of the mantra with instructions to spend 15 minutes each day chanting it in “a quiet and comfortable place.”

Aiche is Jewish, and reportedly designed the collection in conjunction with Sylvain Sellam, a French mystic who follows Breslov teachings and offers spiritual consultations at Aiche’s Los Angeles studio-cum-atelier. But even as they promote the Breslov meditation, marketing materials for the Blesslev collection gloss over its Jewish origins. Describing the mantra as “kabbalistic,” a term many may not associate with Judaism, the Jacquie Aiche website emphasizes that belief in the protective power of amulets “transcends the border of religions.”

So, to anyone tempted to spend their entire stimulus check on a Kardashian-certified talisman that vaguely piggybacks off Jewish tradition, we have one thing to say: save yourself $614 and buy one of the red string kabbalah bracelets, which carry the ringing endorsements of Madonna and Michael Cohen. If it protected them, it’ll protect you.

How did this famous Hasidic mantra end up on Kim Kardashian’s instagram?