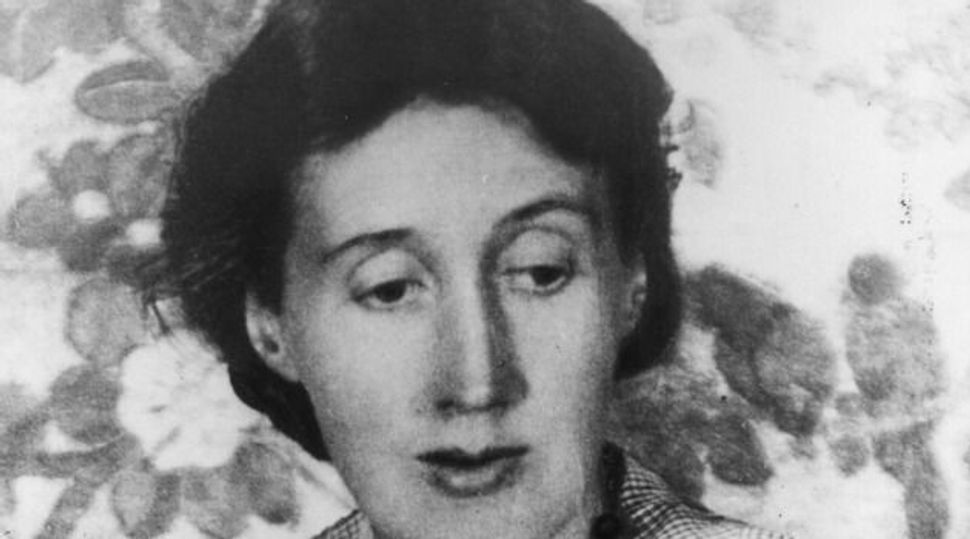 Today marks the birth date of brilliant novelist and thinker Virginia Woolf, whose writings are a staple of modernist literature and whose feminist philosophy laid out some of the blueprints for the feminist movement we enjoy today.

Sadly, Virginia Woolf hated Jews a lot. Jewish characters in her novels were written as ugly stereotypes, and she spoke about her regret for marrying Leonard Woolf, a Jew. (Her reasoning for disliking her husband and Jews in general was, “They have immense vanity.”)

And once, in her diary, she wrote,

Now, anyone who has spent 11 continuous hours on El Al knows what she’s talking about. However, since Woolf was not Jewish herself, her comments are — how can we put this? Unadulterated antisemitism. To celebrate Woolf’s brilliant contributions to the world, and to celebrate just as fondly the vital joy and freedom of laughing while Jewish, here are 10 Jews laughing in honor of Virginia Woolf’s birthday. Happy 139th birthday, Virginia!

Mila Kunis, laughing while Jewish and pretending to be high:

Drake laughing at a Raptors game (and briefly strutting courtside like a Jewish raptor):

The Most Interesting Man in the World — a Jewish gent named Jonathan Goldsmith — laughing in a luxurious booth:

Gal Gadot laughing while looking like a Jewish Neutrogena model:

Gal Gadot laughing Jewishly while throwing shorts (?) at someone:

Looks like Jews had the last laugh, Virginia, but happy birthday anyways! We still love you all the way to the lighthouse and back.

Jenny Singer was the deputy life editor at the Forward. You can follow her on Twitter @jeanvaljenny