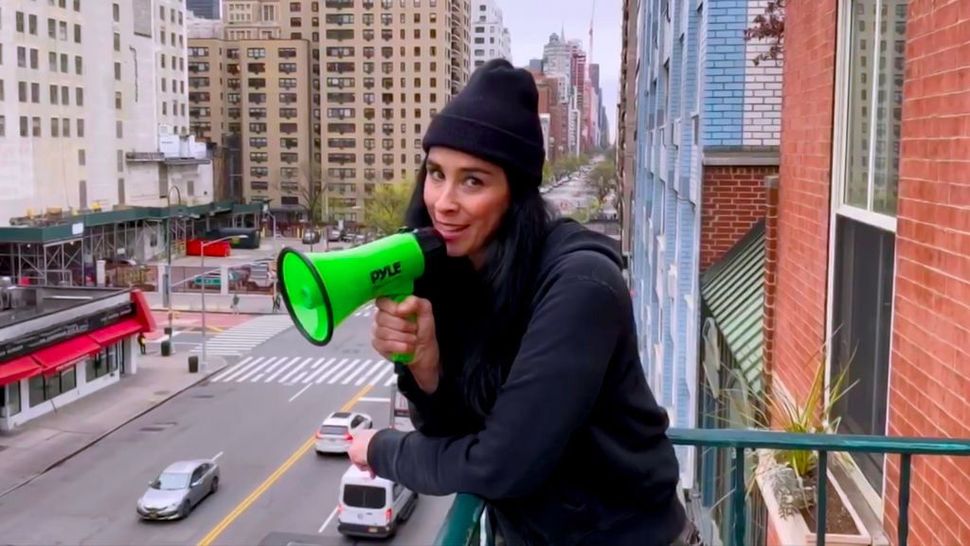 In the latest episode of her eponymous podcast, comedian Sarah Silverman applied her analytical skills to one of the most inscrutable enigmas of our time: Jared Kushner’s Jewish identity.

During the podcast, one caller asked why Kushner, an observant Jew, had remained silent in the wake of the Jan. 6 riots at the U.S. Capitol, during which antisemitic symbols, such as a “Camp Auschwitz” sweatshirt, were on prominent display.

(Note: The caller also mistakenly alleged that shirts bearing the slogan “6MWE,” or “Six million were not enough,” were spotted among the mob. In fact, the ADL traced those shirts to an earlier gathering of Proud Boys in Washington, D.C.)

“How does Jared Kushner not address this, speak out against this, resign, anything, when his own grandmother Rae Kushner fled the Holocaust?” the caller asked.

Donald Trump’s alleged incitement of the insurrection, during which rioters shouted racist and antisemitic epithets, was the subject of an impeachment trial last week. Ivanka Trump, who along with Kushner was a key advisor in the Trump administration, referred to rioters as “patriots” in a tweet which she later deleted.

Silverman theorized that Kushner’s upbringing gave him a mercenary outlook and rendered him “incapable of empathy.”

“All they were given to signify love was money,” she said, seeming to refer to Kusher and his siblings. “So that is what they covet and seek most — at, ironically, any cost,”

Kushner’s family life has indeed been marked by internecine conflict. In 2003, his father, Charles Kushner, retaliated against his sister, whom he believed was cooperating with a federal campaign finance investigation against him, by hiring a sex worker to seduce her husband and then releasing footage of the encounter ahead of a family gathering.

The elder Kushner ultimately served two years in prison for tax evasion, and received a presidential pardon in late 2020. Despite the unscrupulous nature of his father’s behavior, Jared Kushner is said to have been fiercely defensive of Charles, flying to visit him in prison each week of his sentence.

Silverman also took aim at Kushner’s appearance. “If you gave him tiny circle specs, he would look like a Nazi doctor,” she said.