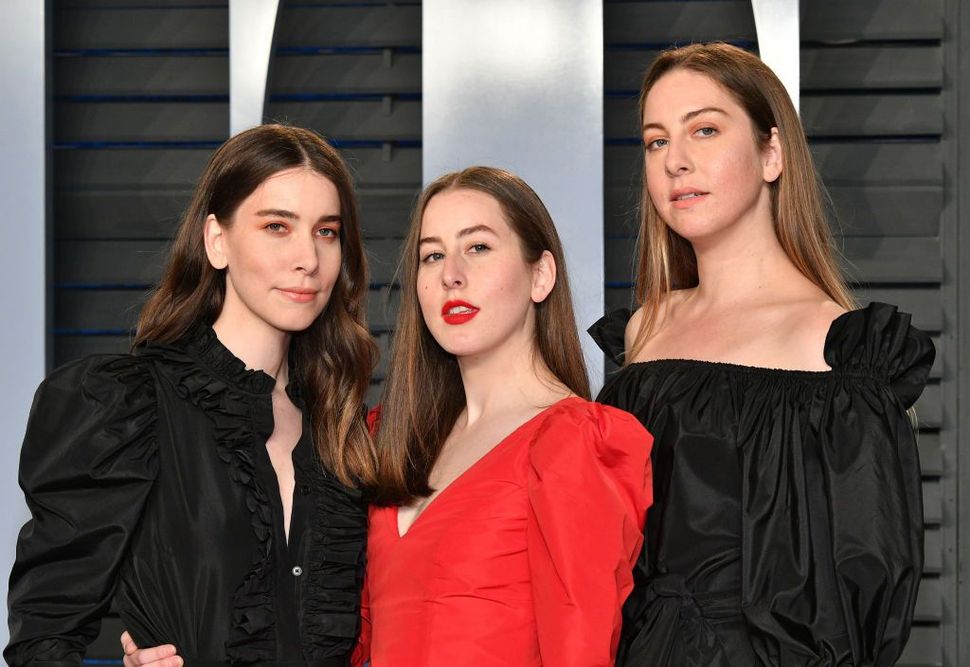 Girl-band HAIM will contribute to the album. Image by Getty

It’s the continuation of a long-standing musical love affair. Haim — the band made up of Jewish sisters Danielle, Este, and Alana Haim — opened for select dates on Swift’s tour in 2015 and most recently lent backing vocals on one of Swift’s tracks. After teasing their latest collaboration on TikTok, their remix of “Gasoline” was released to the delight of Taylor Swift fans and romantically frustrated people everywhere.

Swift’s verse begins with her confidently proclaiming “I get sad!,” a relatable sentiment that rings true to her brand. The rest of the verse details a steamy but dysfunctional relationship.

Eagle-eyed fans have pointed out that while male vocalists like Ed Sheeran and Bon Iver have entire verses on their collaborations with Swift, their female counterparts – including Haim – only ever provide backing vocals. So when it came time for Haim to invite Swift onto their album, they pushed for more equity. True to the album’s name, Swift joins for both a full verse and backing vocals in “Gasoline.”

Here’s hoping Haim and Swift are heading full-speed for more collaborations in the future – and that Swift will repay the sisters with some more play time. If Swift is serious about becoming the fourth Haim sister and embarking on their next deli tour, we’re happy to keep her up to speed on all things Jewish.