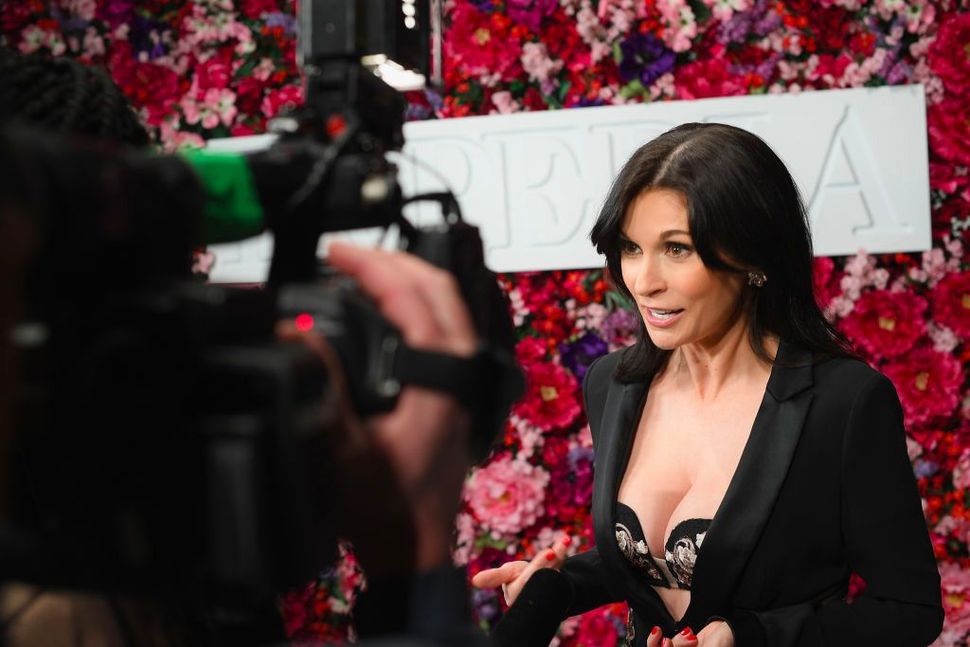 Whether you are pining for more drama about formerly Haredi Jews or simply have an unending appetite for puns on the word “Orthodox,” Netflix has you covered.

Almost a year after releasing the blockbuster miniseries “Unorthodox,” the streaming giant announced a reality show entitled “My Unorthodox Life,” about Julia Haart, a fashion executive who left her Orthodox community to become a mover and shaker in the design world.

Currently the CEO of Elite World Group, a large network of model management agencies, Haart has previously worked at luxury lingerie brand La Perla and launched her own shoe collections.

But before all that, she had a very different career. In the 1990s and early 2000s, Haart was a Judaic Studies teacher at Yeshiva Atlanta (now Atlanta Jewish Academy), a co-ed Modern Orthodox high school. Forward staff who knew her at the time – when she went by the name Talia Hendler – recalled that she was beloved by students and known for her sharp style.

Netflix said the show, set to release later this year, will follow Haart as she balances her “mission to revolutionize the industry from the inside out” with her role as a mother to four children, including popular TikTok-er Batsheva Haart.

“My Unorthodox Life” is helmed by the producers of wealth-porn reality show “Bling Empire,” which suggests that there will be plenty of high heels and dinner party spats. As a successor to the lush and moody “Unorthodox,” it seems a little — well, you know what the word is.

But that doesn’t mean we won’t be watching.