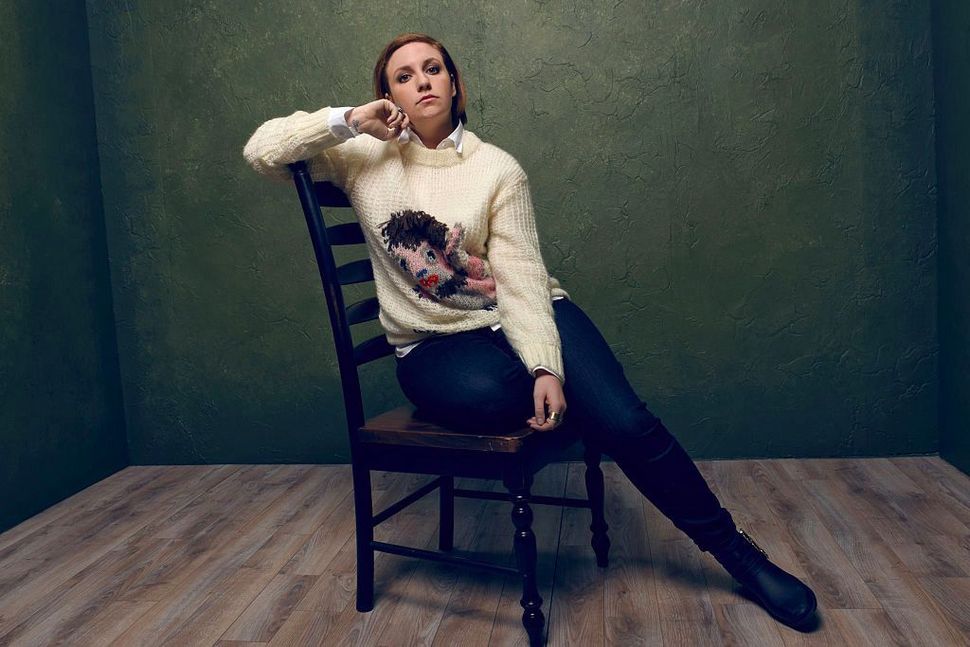 Dunham has never shied away from bold fashion choices. Image by Getty

The actress-slash-writer-slash-director has spent years in search of short skirts that fit her body, mostly to no avail. “I can’t wear it because I’m basically showing what my mother would refer to as my pupik,” she quipped to the New York Times.

Thanks to Dunham’s new plus-sized fashion line, designed in collaboration with the upscale plus-sized e-retailer 11 Honoré, that’s about to change. Now, women with bigger bodies can experience a skirt that was made with them in mind — as long as they’re willing to fork over $138 for it.

Dunham has been an internet darling and the object of its derision — sometimes for her seeming personification of nepotism and privilege, and sometimes for daring to appear on the red carpet in a non-size-zero body. Her new capsule collection reflects the — well, complicated — persona she’s developed over a decade or so of fame.

Its studiously highbrow vibe will likely elicit some eye-rolls. In one promotional photo, Dunham lounges beside ever-so-slightly battered copy of Raymond Chandler’s “The High Window.” She explained to the Times that her mother, the artist Laurie Simmons, named each piece in the collection after locations in the family’s New York stomping grounds. (The aforementioned miniskirt goes by the moniker “DeLuca;” an accompanying blazer is, of course, “Dean.”) The least expensive item is a plain white tank top that retails at $98.

The collection’s successful launch — several items have already sold out in some sizes — is obviously a factor of Dunham’s celebrity appeal, but it may also testify to mainstream retailers’ longtime neglect of plus-size shoppers. In many department stores, a comparison of so-called “standard” and plus size sections evinces a deep conviction on the part of buyers that women over size 12 do not deserve a single nice thing.

And Dunham has good points to make when it comes to the “body positivity” movement. This now-ubiquitous slogan is supposed to indicate celebration of all body shapes. In practice, we’ve seen magazines and modeling agencies welcome one or two more body shapes into their hallowed rosters.

We hope the glossies take note, and that many women get to enjoy this truly lovely sundress. But we’d like to point out that anyone shopping on anything resembling a budget will have to find their miniskirts elsewhere.