Drop everything and read this romance novel about Reform Judaism 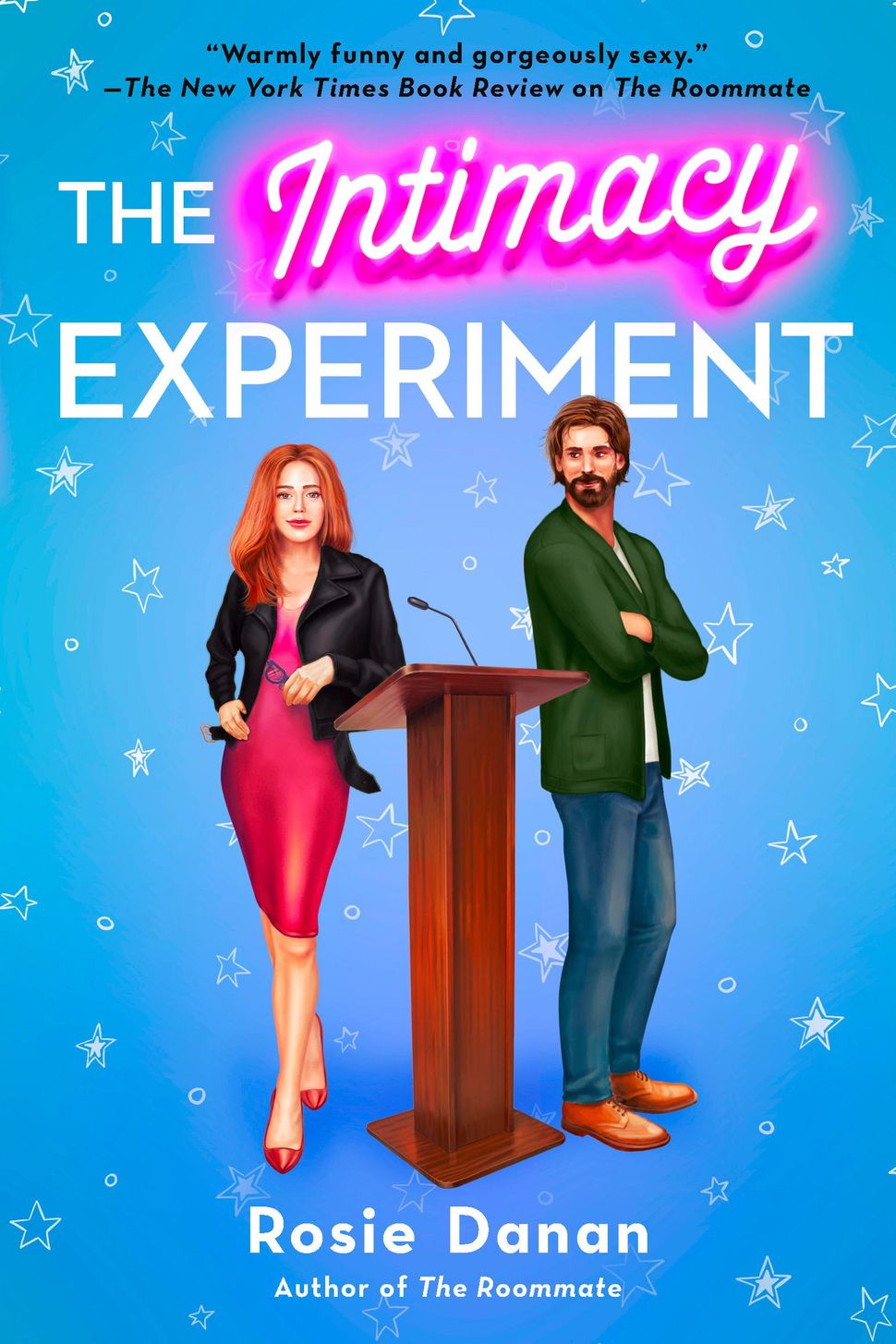 The Intimacy Experiment. Image by Courtesy of Penguin Random House

When romance author Rosie Danan first conceived of an affair between a rabbi and a former sex worker, she took the idea to her aunt — who was very much against it.

“You can’t,” Danan recalled her aunt saying. “It’s just not realistic.” To settle the matter, she fired off an email to the family’s rabbi, who responded instantly with a very different verdict: “Who are we to stand in the way of love?”

That’s how we, the fortunate reading public, ended up with sentences like this: “There aren’t any rules dictating the appropriate level of attractiveness for religious leaders. At least not in Reform Judaism.”

This is one of the opening lines of “The Intimacy Experiment,” a new and extremely Jewish romance novel from an up-and-coming player in the genre. (Rosie Danan is the author’s pseudonym.) The religious leader in question is Ethan Cohen, a young rabbi defined by love of God, respect for women and luscious, luscious thighs. Ethan is the steward of Beth Elohim, a crumbling Los Angeles synagogue with dismal finances and a dwindling membership. In one sense, Beth Elohim’s situation is a boon: It gives Ethan the chance to personally clean the building’s air ducts, thus showing off his workmanship and unparalleled forearms. On the other hand, it’s a big problem because, as readers of Jewish publications know, synagogues like Ethans are at great risk of closing their doors.

How will Ethan resolve this situation? Again, readers of Jewish publications familiar with the desperate efforts of synagogues to be #relatable to millennials could probably hazard a guess. Ethan hires Naomi Grant — a erstwhile sex worker, current sex positivity icon, and lapsed Jew — to conduct a series of “modern intimacy” seminars at Beth Elohim. Naomi is determined to reverse the synagogue’s fortunes, and she quickly proves she’s more than capable to drawing crowds to an oneg Shabbat. But decades of being the face of an extremely stigmatized industry have left this #girlboss guarded and defensive, and she needs to unpack her trauma and explore her connection to Judaism, preferably guided by someone with thousands of years of Torah wisdom under their belt … whether or not you’re a reader of Jewish publications, you probably know where this is going.

In an interview about this unconventional storyline, Danan, 30, said she created Ethan’s character under a tight deadline. “The Intimacy Experiment” is the sequel to her first book, “The Roommate,” in which Naomi appears as a secondary character, and her publisher gave her just a few days to outline the second installment. But the decision also felt natural. When the London-based author thought about the love interest Naomi needed — someone supportive yet analytical, able to “challenge her in a healthy way” — it was the clergy who came to mind. There are enough romance novels about Christian priests to merit their own category on Goodreads — so why shouldn’t Jews get a piece of the action?

“I wanted to show that I believe rabbis can be love interests,” Danan said.

There’s nothing very surprising about the plot of “The Intimacy Experiment,” whose protagonists proceed like clockwork from wary distrust to infatuation to exuberant lovemaking before a crackling fire. Yet the most interesting romance novels use well-known tropes to illuminate lives and relationships that often go unseen, and Danan’s is one of those. It’s both endearing and hilarious to watch Ethan and Naomi’s flirtation unfold amid a world of synagogue support groups, hastily assembled Shabbat dinners and lame-but-fun “singles’ nights” that will feel familiar to anyone who grew up Reform or who has ever described herself as “culturally Jewish.”

All this could make for saccharine reading, but “The Intimacy Experiment” doesn’t shy away from the tensions that underlie Reform communal life. Behind Beth Elohim’s ailing status lies the question of why Jewish institutions have failed to engage a new generation of adult Jews. The book’s main antagonists are a cadre of incalcitrant board members who can’t wrap their minds around a former sex worker in their beloved building. (Said board members must have skipped Genesis in Hebrew school, since they know nothing about Tamar, the Torah’s most famous sex worker.) And Ethan’s chance to defend Naomi’s honor — a must in any satisfying romance — comes when synagogue members belittle her bona fides as a patrilineal Jew.

Jewish romance novels aren’t entirely new: Stacey Agdern is one notable predecessor in the genre. But despite a recent push for more diversity in romance, they’re still pretty thin on the ground: Leah Koch, the owner of Los Angeles romance bookstore, The Ripped Bodice, said that if she counted the ones she’d read she would “run out of fingers but still have a few toes left over.” Religious diversity often lags behind other kinds of representation, Koch observed; Many authors decline to specify their characters’ religions, leaving readers to assume they’re Christian.

Moreover, Koch said, the explicitly Jewish novels she’s read tend to emphasize Yiddishkeit around holidays, rather than as a vocation or a daily practice. So while the Schmooze knows that there are plenty of smokeshow Reform rabbis to be found in real life, seeing one in fiction really is something to call your mother about.

She must be right, because here at the Schmooze, we have never felt more interested in Friday night services. We hope the feeling will last until Reform synagogues actually reopen. In the meantime, we urge you to set aside some quality time, light a candle, and prepare to turn the pages very quickly.

Drop everything and read this romance novel about Reform Judaism