It’s always a bit hard to tell what that Met Gala’s theme is just by looking at what people wore on the red carpet — some celebrities get so creative that the point is buried, and some go with conservatively classic looks that clearly ignored the directive. This year was no exception; the theme was “American Independence” but, aside from Debbie Harry, who wore a dress that was pretty literally an U.S. flag, made by Jewish designer Zac Posen — who, incidentally, used to steal yarmulkes from synagogue to make ballgowns for dolls — the interpretations were pretty loose. 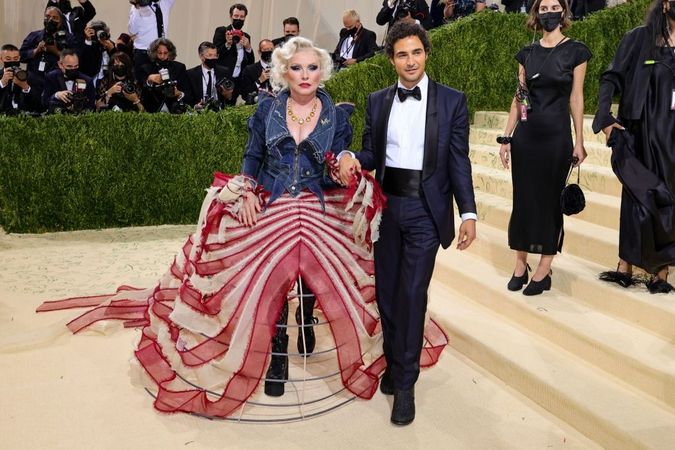 Debbie Harry wearing a dress by Jewish designer Zac Posen, standing next to her. Image by Getty Images

Still, some of the stars still had a good time with their fashion, or at least made a splash. Hip hop artist Lil Nas X wore a three-part outfit, each layer tearing away to reveal the next, culminating in a detailed gold jumpsuit. Kim Kardashian wore an all-black Balenciaga outfit that covered her face, apparently a commentary on how her body made her famous. Pop star Kim Petras dressed as a horse girl in a very, um, literal way. And, making perhaps the most controversial fashion choice of the night — a high bar, given how much opinionated Twitter discourse the gala’s fashion choices generate each year — was Congresswoman Alexandria Ocasio-Cortez, in a white gown with “Tax the Rich” scrawled across the back in huge red letters.

The Jewish stars walking the carpet were certainly part of the buzz and controversy. So, without further ado, a non-comprehensive roundup of the best, worst and most, um, fashion-forward Jewish looks of the Met Gala.

TChalamet was one of the co-chairs of the event, along with pop star Billie Eilish, tennis champ Naomi Osaka and National Youth Poet Laureate Amanda Gorman. Before walking the red carpet, he ran around the fencing outside the museum, taking selfies and shaking hands with his fans, who, based on the screams you can hear in the videos, lost their minds. 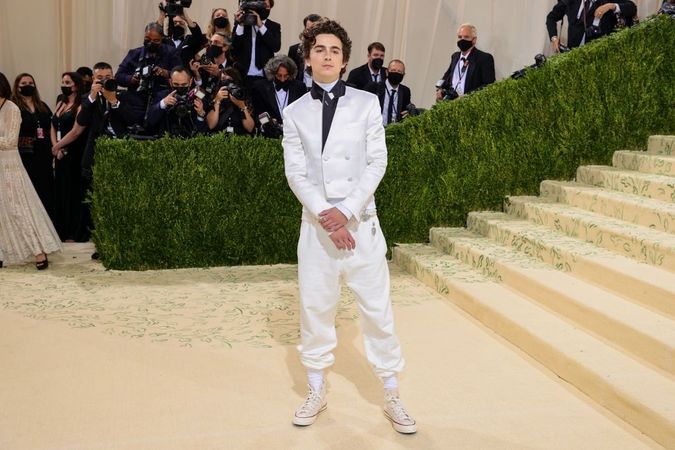 Technically right on the cusp between Gen Z and Millennials, Chalamet leaned hard toward Zoomer fashion by pairing his white tuxedo jacket with white sweatpants and Converse sneakers. Comfortable shoes were important given that he apparently walked 10 blocks to the Gala — a true man of the people. 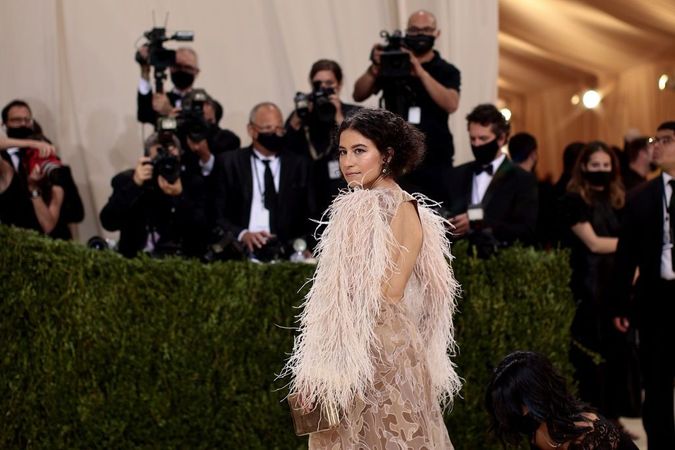 Ilana, of “Broad City” fame, just had a baby a couple months ago. But that didn’t make her dial back her fashion; she was one of the earliest arrivals in a feathery gown, and hosted a live stream for Vogue. 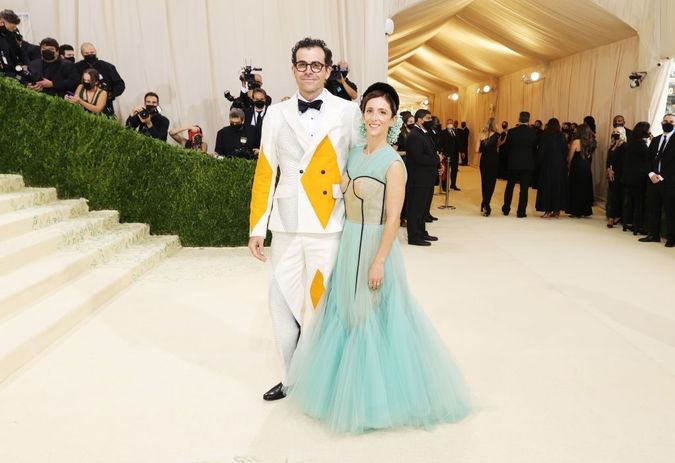 You may not be familiar with the Mosseris, but given that Instagram sponsored the Met Gala this year, you should be, given that the Israeli-American businessman is the company’s head. He and his wife, Monica, arrived at the red carpet in outfits that seemed more harlequin than all-American, but at least Mosseri wasn’t just wearing a plain black suit like so many of the men do. 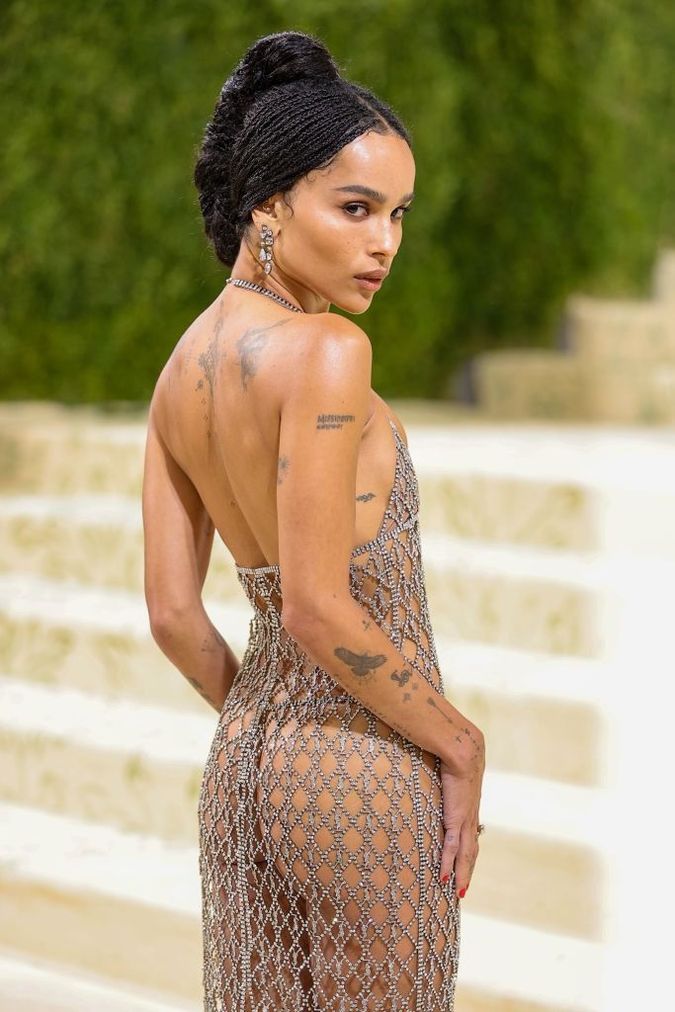 Zoe Kravitz in whatever we call the garment she’s wearing.

Is Kravitz’s outfit a dress, a huge piece of jewelry or some type of chainmail? I’m not sure, nor do I really care; I loved it. Plus, it takes some chutzpah to show up more or less naked, which I respect. My only concern is that it looks a bit uncomfortable to sit in — lots of metal to dig into your thighs — but I have no idea what gala attendees actually do once they all get inside the museum, so maybe there’s no sitting involved. 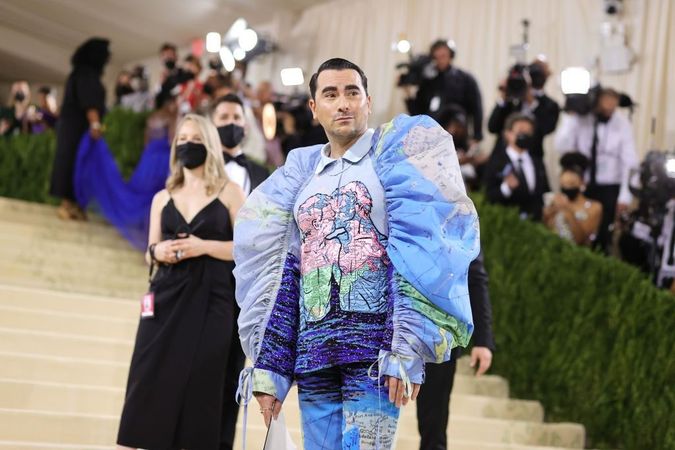 Levy’s outfit was also not exactly clothing. The creator and star of the hit sitcom “Schitt’s Creek” showed up in a suit made of maps, cut to create a form of two men kissing across the middle of his chest. Inspired by American artist and AIDS activist David Wojnarowicz, Levy wanted to highlight LGBTQ love. The maps nod to the globalization of culture, or at least that’s how I read it. 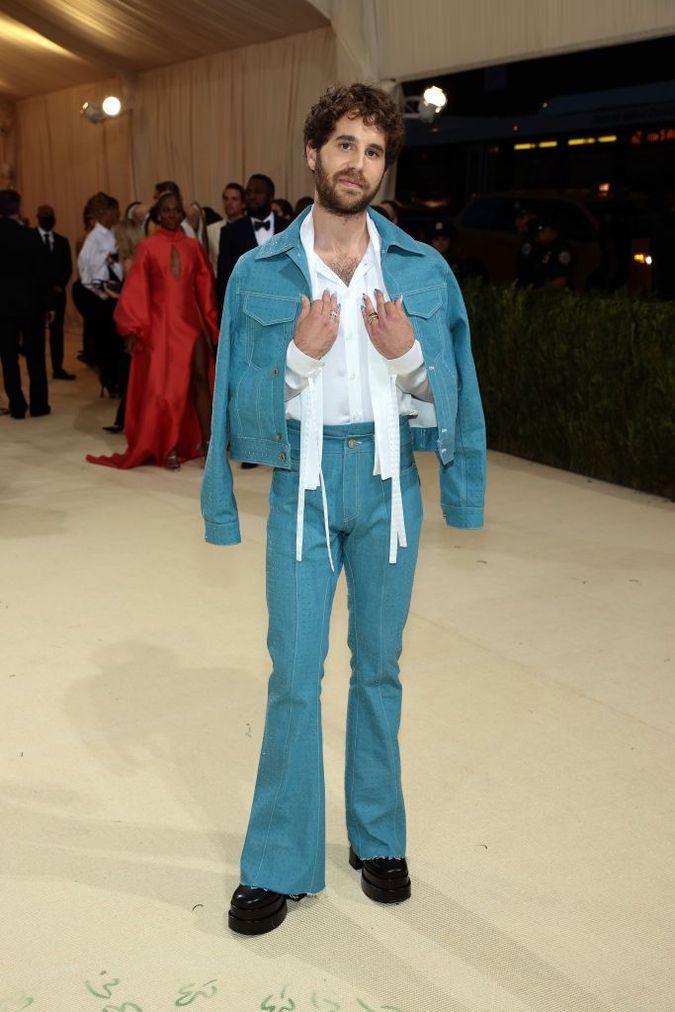 The Broadway star arrived in a vintage all-denim outfit. “Dear Evan Hansen,” the musical which shot Platt to fame, is soon to come out as a movie, and is perhaps responsible for Platt’s first invite to the Gala. His cowboy attire definitely felt on-theme and all-American, though I’m disappointed by the lack of a chaps component. 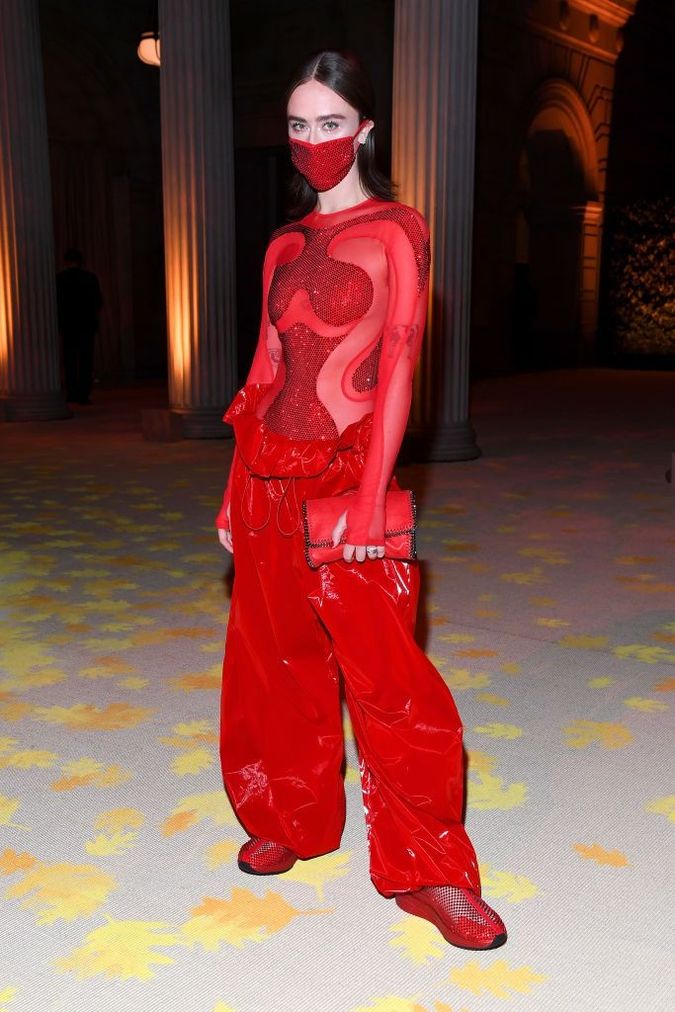 The not-Jewish daughter of our Jewish Second Husband Doug Emhoff, Ella is a textiles student at the Pratt Institute in Brooklyn. She wore a red jumpsuit from Jewish designer Stella McCartney which was apparently very comfortable. It reminded me of clowns, but also Ella is a fashion student and budding model and I am distinctly not, so what do I know. 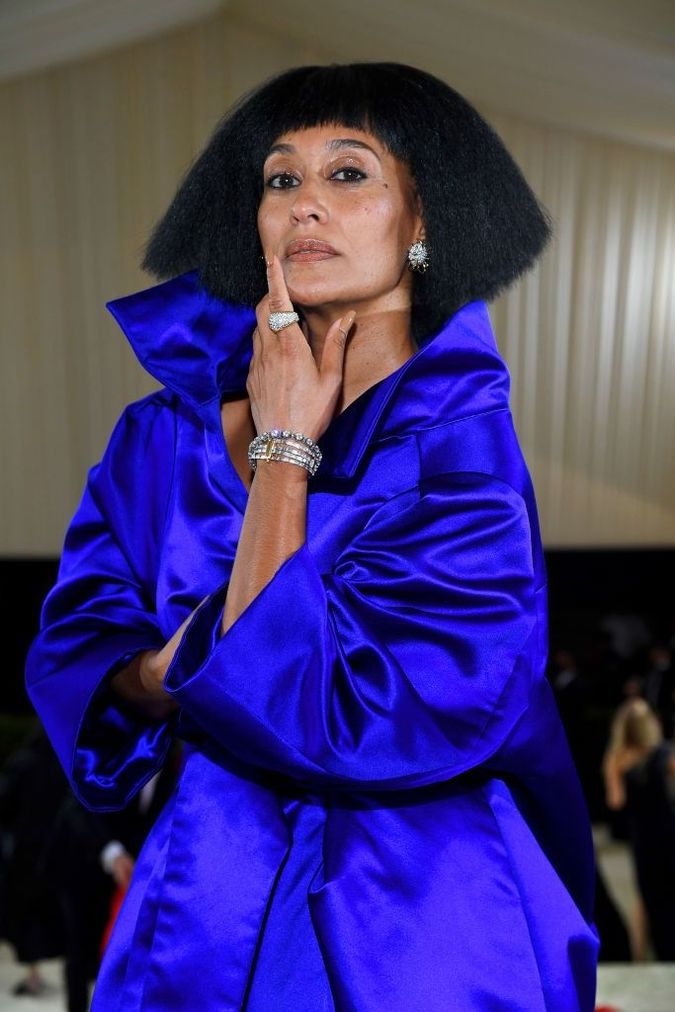 To close out my personal list of looks, the completely ageless Tracee Ellis Ross, who is somehow 48, went for a bold, royal blue trench coat dress situation and a blunt bob. She looked like she was having a great time, and really seems to be doing the whole Met Gala thing right.