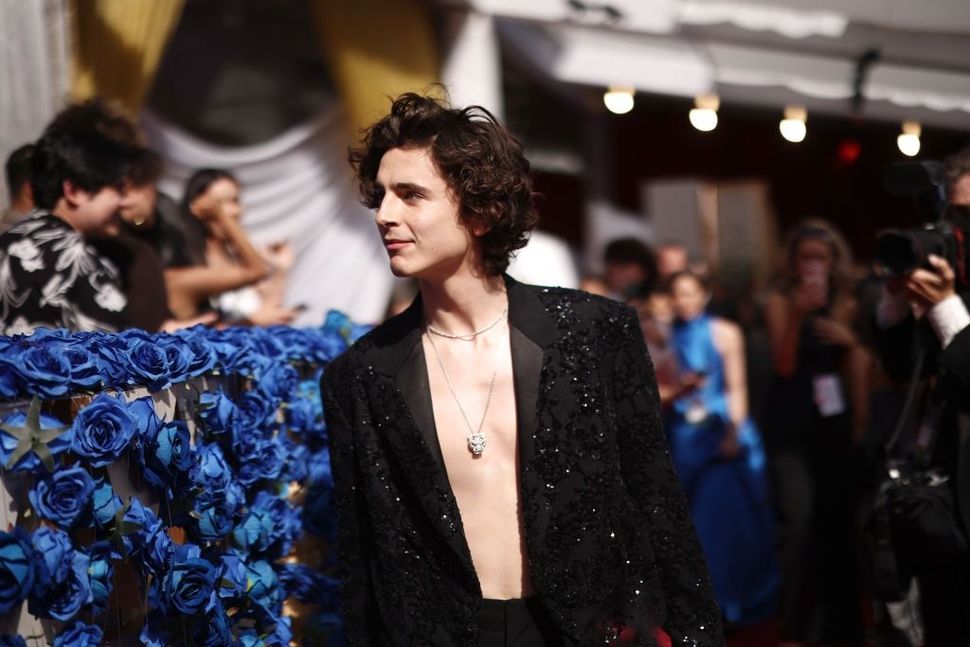 Timothee Chalamet at the Academy Awards in 2022. Image by Getty Images

Everyone agrees that Will Smith slapping and cursing at Chris Rock was the most memorable moment of the 93rd Academy Awards. Somehow, it seems just as widely agreed-upon that Timothee Chalamet’s outfit — a black sequined Louis Vuitton women’s jacket worn with nothing but bony chest and blingy Cartier necklaces underneath it — was the next most notable part of the awards.

For the past two years, awards ceremonies have been at least partially virtual and socially-distanced, leading to moments such as when Jason Sudeikis accepted his Golden Globe in a tie dye hoodie, looking baffled and possibly stoned. But this year, the Oscars were in person — no virtual attendance allowed — and the show’s producers even reminded the attendees that they had to dress up, writing “formal is totally cool if you want to go there, but casual is really not.”

Of course, this dress code is unclear — if formal attire is an option but not a mandate, yet casual dress is forbidden, what exactly is encompassed in the presumably-acceptable middle ground? What defines only-maybe-formal-but-definitely-not-casual attire?

While there’s no sign on the doors of the Dolby Theater proclaiming “no shirt, no shoes, no service,” you’d think what counts as too casual for 7-11 might also break the rules for the Academy. Showing skin is nothing new for red carpet looks, but entirely bare chests definitely push the boundaries of Oscar acceptability. But the Jewish heartthrob went for it — and was instantly, widely acclaimed.

Fashion critics made much of Chalamet’s sartorial choices — along with a few other dressed-down looks, such as Kristen Stewart’s shorts and loafers — as a sign of a new era of red carpet fashion that’s “a shake-up of the old rules” in the words of Vanessa Friedman at The New York Times, heralding a new era of more casual, less over-the-top fashion in the wake of the pandemic.

Maybe that’s true. But what’s more interesting, at least to me, is that Chalamet was widely acclaimed as a sex symbol for the look — even though it was drawn from Louis Vuitton’s women’s collection. Billy Porter has notably worn dresses to several years of Oscars, but as an out gay man, it’s received differently; people may applaud him, but he isn’t widely embraced as a sex symbol for his voluminous ball gowns; Chalamet’s sequined blazer may be less daring than a dress, but his sparkles and bony chest were embraced by all as the look of a desirable straight man.

timothée chalamet sexiest man at the oscars this year THE VOTES ARE IN pic.twitter.com/KN4Excm7DB

i don’t wanna hear ANYONE in a couple days saying we moved on from timmy’s oscar look, i have moved in, i am permanent residence right in here pic.twitter.com/lq0gdiGnVa

There was even some meta commentary, bringing the great slap of 2022 together with Timmy’s visible sternum. 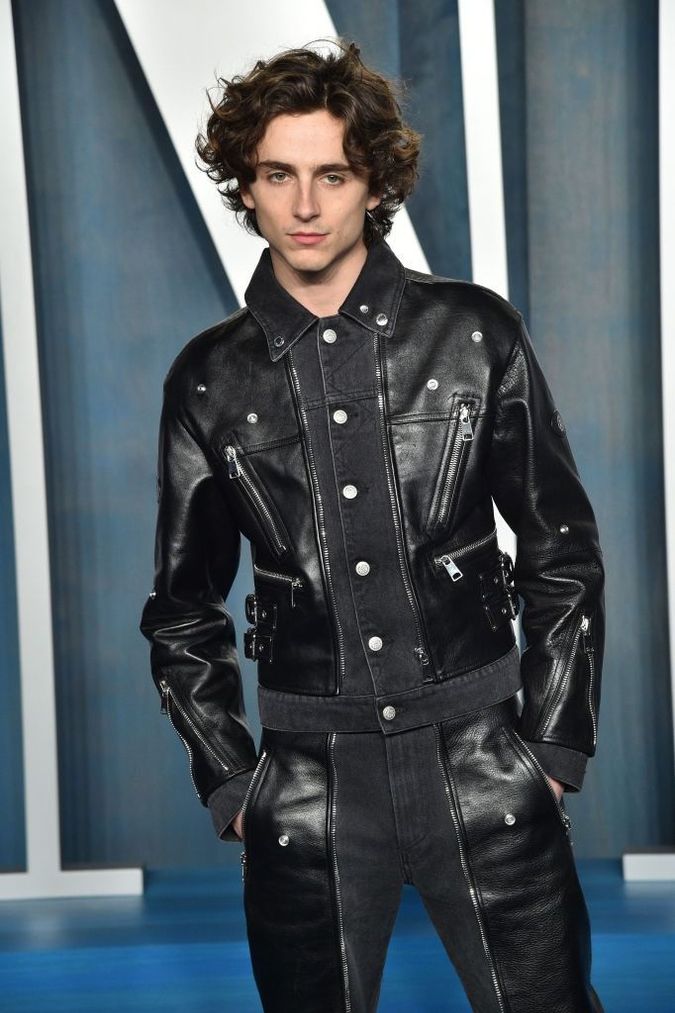 The Academy Awards isn’t usually home to edgier clothing choices. Of course, there have been splashy looks over the years, but it’s generally fashion-centric events such as the Met Gala, or more casual awards shows, where people push boundaries. Even the men who do take a fashion leap at the Academy Awards generally stick to the classic masculine suit, even if they experiment with pastel colors or layered lapels and elaborate buttons.

So Chalamet’s womenswear and bling truly herald a new era of fashion. Not because his outfit was truly so edgy or a ground-breaking first — in fact, it’s not even the first time Chalamet has played with feminine fashion. What’s notable is that it’s not edgy; it’s at the Oscars, the lauded institution of American cinema, which is, in turn, a cornerstone of all of American culture. It’s not only acceptable – it’s the stuff of a mainstream heartthrob, the sex symbol of a generation.