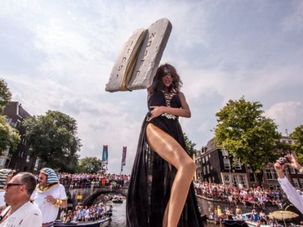 Dana International: 'Europe Has No Lessons To Teach Israel'

Dana International made quite a splash at the Gay Pride in Amsterdam, when the Israeli transgender singing sensation lifted a cardboard sign in the shape the Ten Commandments. 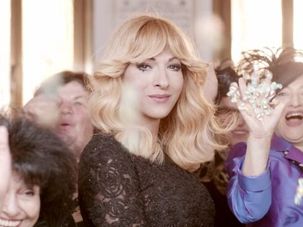 Israel’s most famous transgender pop star has sparked controversy by using ultra-Orthodox children in a music video timed for the annual celebration of gay pride in the Jewish state. 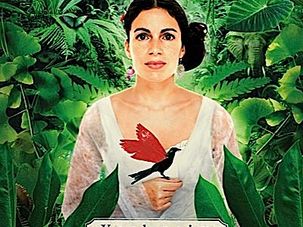 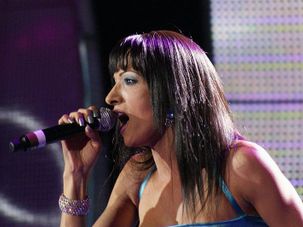 The 39-year-old singer, born Yaron Cohen, has agreed to be interviewed by QBS, a Doha-based radio station. The conversation will be recorded during Eurovision rehearsals in Dusseldorf, Germany, the site of this year’s competition. 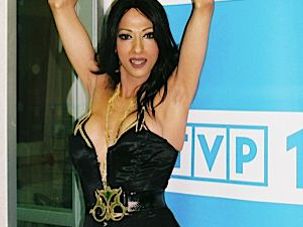 The Diva Sings Once More: Dana International Returns to Eurovision

It’s a bit ironic that it happened on International Women’s Day. Israel’s most prominent female-by-choice, Dana International, scored a big victory last night when her song “Ding Dong” was chosen to represent the country at the glitzy annual Eurovision Song Contest, the kitchy and politicized competition that, ironically, spawned international stars like Abba and Celine Dion. 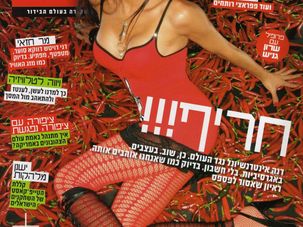 Since horrific headlines are often all that is seen in the English language media about the LGBT civil rights movement in Israel, on June 8, the JCC in Manhattan will offer a valuable corrective. The 2009 Israeli documentary “Gay Days,” directed by Yair Qedar, will be presented by two festivals — The JCC’s 6th Annual Faigele Film Festival and NewFest: The New York LGBT Film Festival.