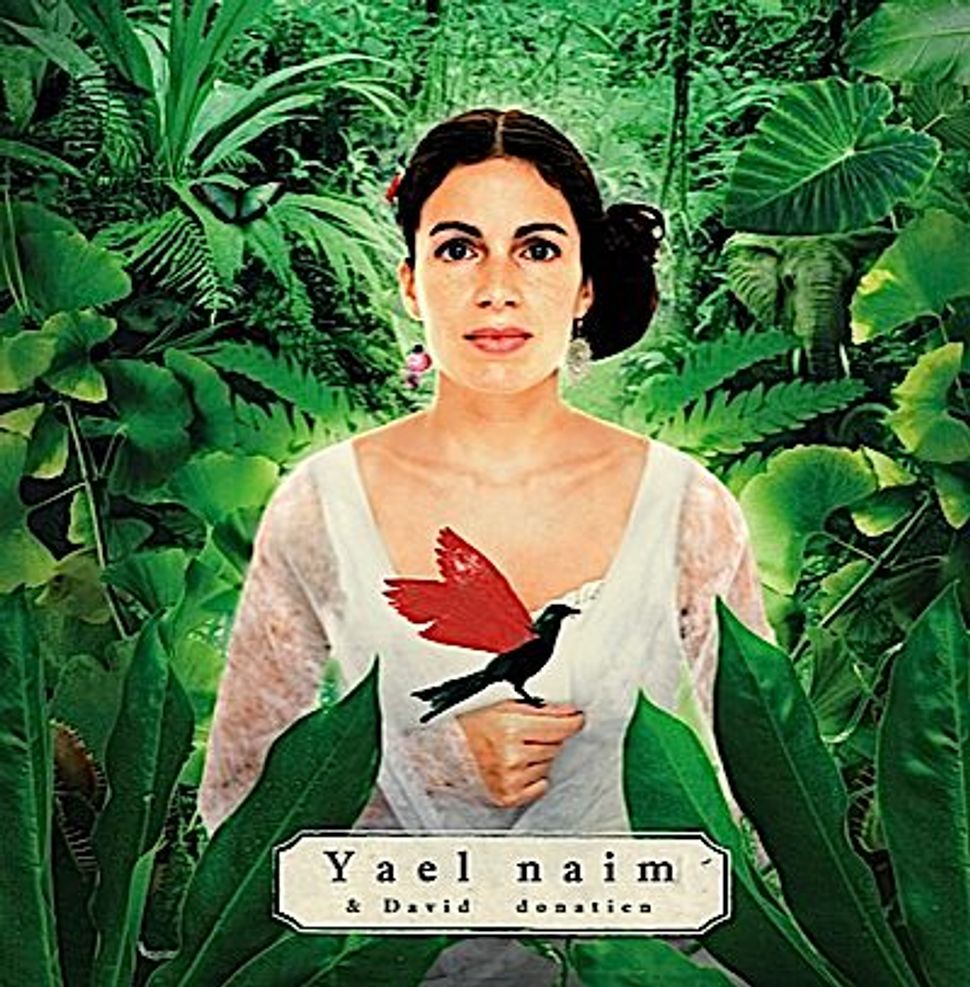 Kleinsinger wrote “Tubby” in 1941, about the possibly hidden virtues of difference in a world darkened by Fascist uniformity, just as one year later, he would contribute a song, “Queen Esther,” glorifying the heroine who defeated Haman, to a Broadway review about victory over Hitler, entitled “Of V We Sing,” a punning reference to the Gershwin musical hit “Of Thee I Sing.”

More pop music pizzazz may be heard from May 3 to May 5, when the sibling songstresses Liz Callaway and Ann Hampton Callaway perform at Birdland music of the 60s and 70s by Carole King, Carly Simon, and Paul Simon. Opera fans will note that May is hitherto the official Regina Resnik Appreciation Month, for the great Bronx-born mezzo-soprano, 89, has vocal-coached a new production of Verdi’s Falstaff to be performed by The Mannes Opera on May 5 and May 6.

Resnik will also participate at a May 17 Town Hall tribute to the late operatic soprano Joan Sutherland. Smaller-scale music might also be welcome, when on May 7th at Caramoor in Katonah, N.Y., Mendelssohn’s Piano Trio No. 2 is performed by the Benvenue Fortepiano Trio, anchored by violinist Monica Huggett, a devotee of old performance style.

Contemporary panache is available on May 9, when the soulful French-Israeli singer-songwriter Yael Naïm performs with West Indian drummer David Donatien at Le Poisson Rouge. A more raucous evening is promised, also on May 9, when Kinky Friedman, the comic “Jewboy” who defines himself as “author, musician, politician, beautician, and self-proclaimed Governor Of the Heart Of Texas” raises hell at the BB King Blues Club & Grill, as part of a tour.

If repose is needed after Kinky or Yael’s shows, by all means stay home the following day, May 10, to watch Israeli singer Dana International perform on TV at The Eurovision Song Contest 2011, live from Düsseldorf, Germany. Whether Dana International’s song entry, “Ding Dong”, will convince the judges or not remains to be seen.

Classical buffs will want to be at Zankel Hall at Carnegie Hall on May 11, when noted keyboard virtuoso Marc-André Hamelin performs the sonorous “Passacaglia” by Stefan Wolpe. The Berlin-born Wolpe, a composer of rare talent, died in 1972, but still remains to be fully discovered by many New York audiences.

More pensive modern piano music is to be savored on May 11 at Bargemusic, the unique performance space which is moored in Brooklyn under the Brooklyn Bridge, when Olga Vinokur performs a selection from Aaron Jay Kernis’s Before Sleep and Dreams. Also at Bargemusic, on May 28 and May 29, Mahler’s emotive Piano Quartet in A minor will be performed by an ensemble including violinist Mark Peskanov and violist Brett Deubner.

On May 14, the Hungarian Jewish composer György Kurtág’s poignant Hommage à Mihály András, 12 microludes for string quartet will be performed by the Jupiter Quartet at Washington Irving High School. Kurtág’s friend Mihály András was a composer , conductor, and cellist who survived imprisonment in Buchenwald, dying in 1993. Altogether, a magical month of mellifluousness.

Or listen to Resnik in the 1950s singing a seductive aria from Saint-Saëns’ “Samson et Dalila”.